Home / Railroad Stories: The Way It Was / Railfan Stories / Whose cab ride is this? 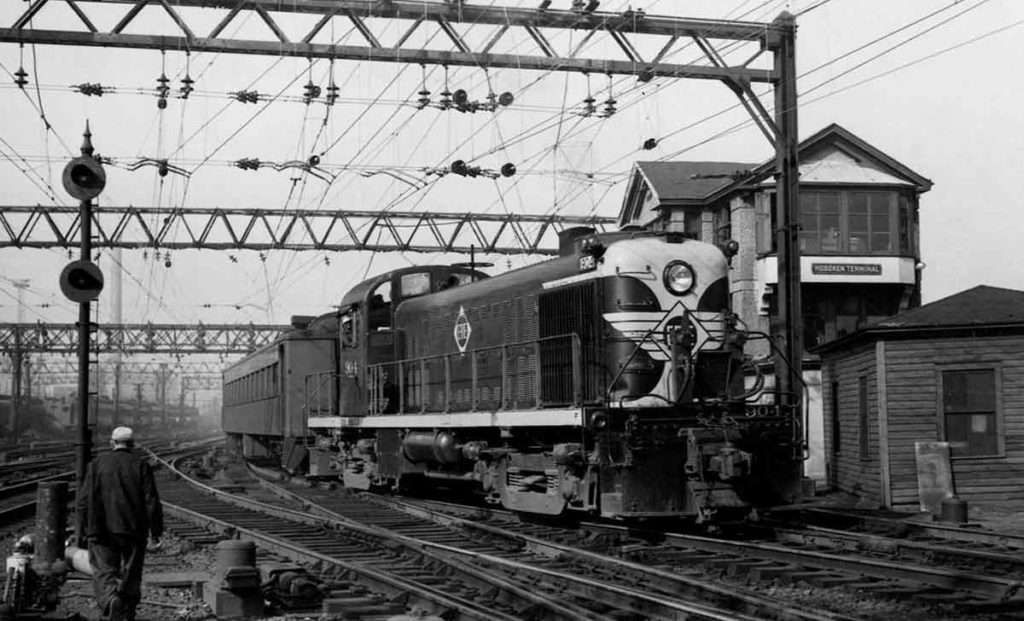 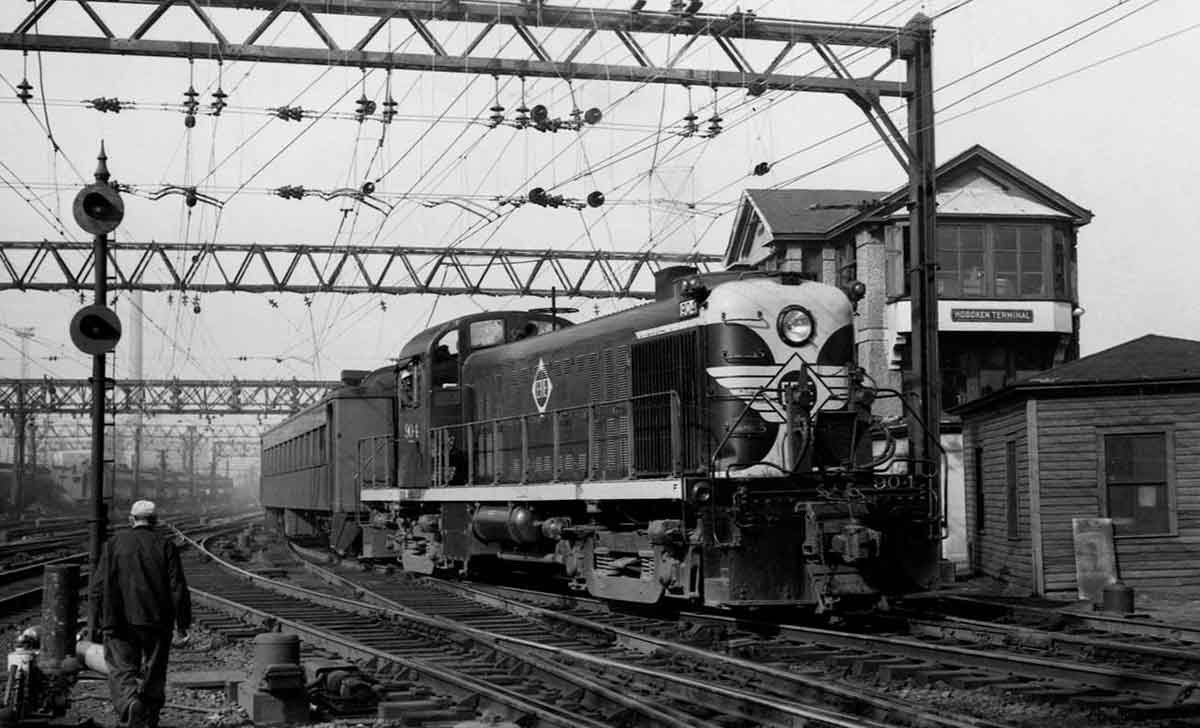 Erie RS2 904 clatters into the Lackawanna’s Hoboken Terminal with a Main Line local in 1956.
Richard H. Young
Youth is wasted on young people, so the saying goes. Kids don’t have the … well … maturity to know what’s special in their world. Watch the crowds at Disneyland. It’s the adults who are agog at the wonders of the place; the kids look blasé. Or frightened. Which reminds me of my first locomotive cab ride.

I couldn’t have been more than five years old, so this took place in the late 1950s. By then my fascination with trains was already conspicuous, so when my mom, dad, younger brother, and I went into Manhattan, we often took a train from our home in New Jersey to Hoboken on either the Lackawanna’s Boonton Line or the Erie’s Main Line (Erie began using DL&W’s Hoboken Terminal in 1956).

After an arriving train was unloaded at Hoboken, the road power — one of those smoky Alco road-switchers ubiquitous on both the DL&W and the Erie — would uncouple from its consist with a startling BANG as the air hoses separated, and would pull ahead the short distance to the bumping post. A yard engine would then haul the string of Erie Stillwells or Lackawanna “Wyatt Earp” cars out of the trainshed.

On this occasion, as we detrained at Hoboken, I noticed my dad was having a conspiratorial conversation with the conductor. Dad then took me by the hand, led me to the engine, and urged me to climb the steps into the cab; he followed behind. This should have been a thrill! But I was a timid little fellow, so instead I felt apprehensive. I wasn’t convinced it was all right to be doing this. The ascent was daunting; the steps were too far apart for my little legs. I was not confident I had the strength to climb all the way up, and began to worry how I’d get back down. The engineer loomed big and intimidating; his engine rumbled and hissed ominously.

By the time I entered the cab, I was actually in tears. Adding to the absurdity of the moment, my brother, down on the platform with Mom, was crying too, not because he was envying my opportunity, but because he was afraid Dad and I were about to ride away and abandon him and Mom. When the air hoses parted — BANG — we both became completely hysterical. While my brother’s worst fears were apparently coming true, I was certain we were going to crash into the bumping post!

If my dad had arranged this ride to give me a memorable experience, he certainly succeeded. I can only wonder what the engine crew made of all the histrionics. At least Dad wasn’t panicked. He was observantly absorbed in the operation of the engine, almost like the archetypal “Pop” playing with a train set he bought ostensibly for his son. Say … you don’t suppose my dad ar­­ranged for me to get on the engine so he could get a cab ride … ?

I survived that first short locomotive ride with my love of trains intact. And in much later years I have had several cab rides of greater length, accepted with greater courage and grace. But though it may have been wasted on me, I do not in the least begrudge my dad’s first cab ride.

4 thoughts on “Whose cab ride is this?”