Home / Railroad Stories: The Way It Was / Railfan Stories / When I cast my ballot for the RS3 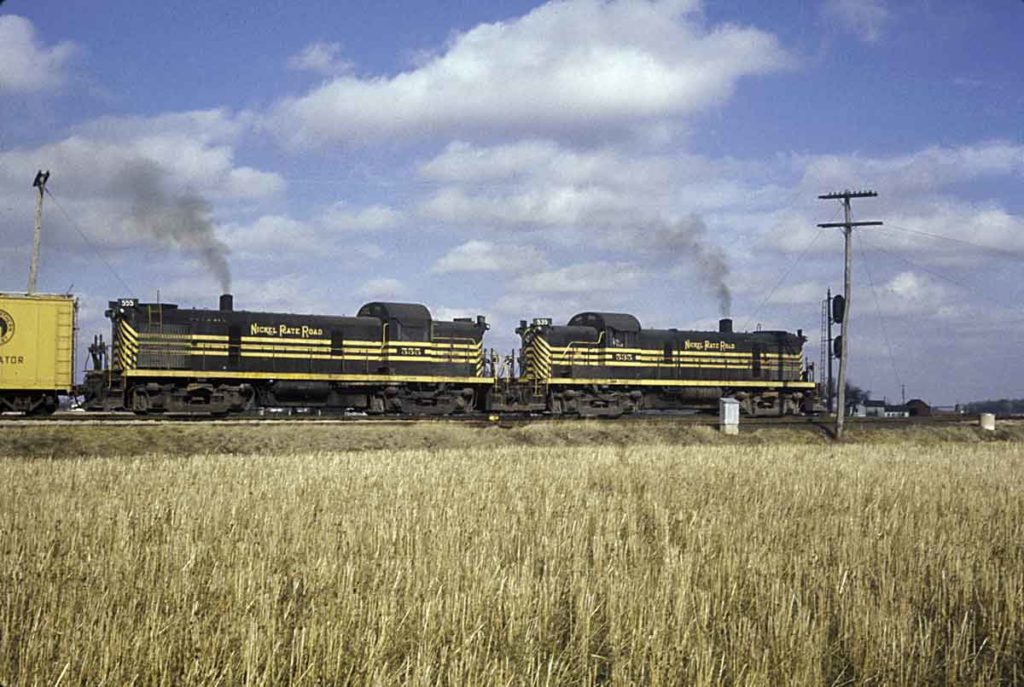 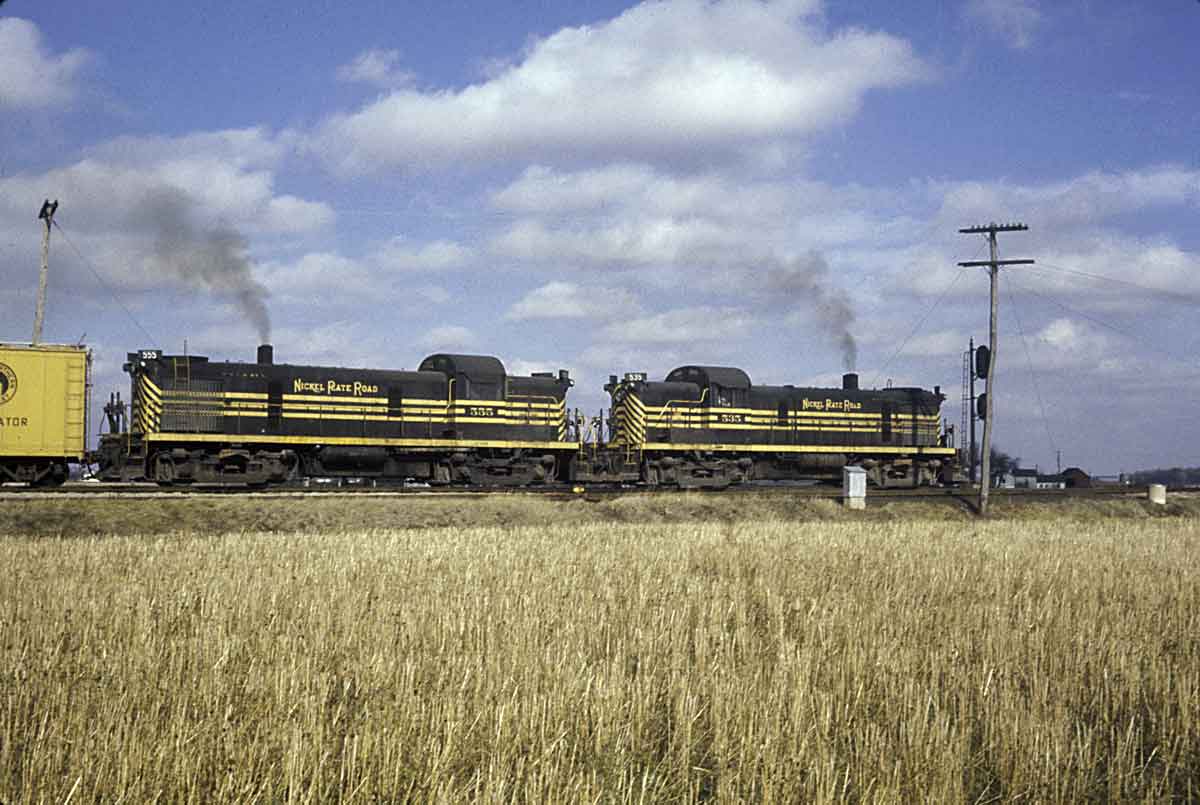 Nickel Plate 535 and 555 make a persuasive case for the RS3 as they accelerate east at Malinta, Ohio, in 1960.
J. David Ingles
Many of us who cotton to such things probably can pinpoint the exact time, or place, where we realized we had a favorite locomotive type. For me, the locomotive was the Alco RS3 (I guess RS2s should be included — they look and sound basically alike).

When I “came of age” as a late teen and gained mobility, I lived in the Detroit area. I was fortunate to see everyday steam on the Grand Trunk Western, and managed a precious view glimpses of it on the Baltimore & Ohio and Nickel Plate.

But then, on a visit to South Bend, Ind., for a GTW steam excursion of all things, I fell in with the wrong crowd, the likes of Jerry Pinkepank and Louis Marre, whose diesel credentials these days are well known. Ever full of curiosity, we pursued diesel knowledge — it was the “in” thing for us younger guys, for steam was about done.

Detroit is home to General Motors, of course, and the city’s railroads honored that by assigning mostly EMD units to the area. Only Alco switchers on Wabash, GTW, and Pennsy (and in the Ford plant, natch), plus a single big C-C transfer unit on the Chesapeake & Ohio, made a daily dent in the GM curtain, plus some New York Central Alco (and occasional Baldwin and FM) road power. Only the Central provided us with RS2s and 3s, one or two units at a time, not daily, and usually buried behind FAs and FBs. (One could go across to Windsor, Ontario, and see Canadian Pacific RS3s most every day, but we did so only periodically.) One of my train-chasing pals, the late Henry G. “Hank” Goerke, spent vacation time every summer up near Tawas City, Mich., headquarters of the Detroit & Mackinac, which had the very first RS2 and six RS stablemates.

So I suppose I was swayed by Hank’s bias, and his slides, but to us, Geeps were old hat while RSs were treats anywhere in Michigan. As for the “exact moment” the RS3 won my vote, it was down in northern Ohio, at Malinta, in November 1960, the precise date lost to history . . . on the Nickel Plate, of all roads. My dad, an official with the (all-EMD) Detroit, Toledo & Ironton, and I were prowling around west of Toledo on a now-forgotten mission, and ran across a westbound local on the old Clover Leaf line behind RS3s 537 and 542, crossing the Maumee River at Grand Rapids, Ohio. I don’t remember what happened to that train, or why we went on west, but my next slides were over at Malinta, where that NKP line crossed the DT&I. We stopped in at the tower, and learned an eastbound NKP counterpart was close.

The train showed up in waning afternoon light, again behind two RS3s, 535 and 555 (almost the Alpha and Omega of NKP’s 23 RS3s, in 1960 among a fleet of 35 RS11s and 160 Geeps). The westbound had been a fleeting matinee encounter, but this eastbound hit the main stage. The units uncoupled west of town and pulled ahead with some cars, set out and/or picked up on the DT&I interchange track in back of the diamond, then recoupled. The next act brought down the house for me.

Smooth as silk, those two graceful road-switchers, with their rounded cab and hood outlines, attractive striping, and boxy smokestacks out front in long-hood-forward operation, charged through town. After backing off a tad on the throttle and thumping the diamond, the hogger notched ’em out, and Alco’s finest quickly had their train up to speed, chortling and smoking their way off toward Toledo. I was hooked.

The sounds of those two RS3s splitting the crisp afternoon air in getting their train going made a lasting impression that resonates to this day. You know how it is when you’re too busy concentrating on what’s in your camera’s viewfinder to “get the big picture”? That didn’t happen at Malinta. I got the photos, but more to the point, I cast my ballot for a lifetime.

3 thoughts on “When I cast my ballot for the RS3”