Remembering a railroader who gave a boy a second chance 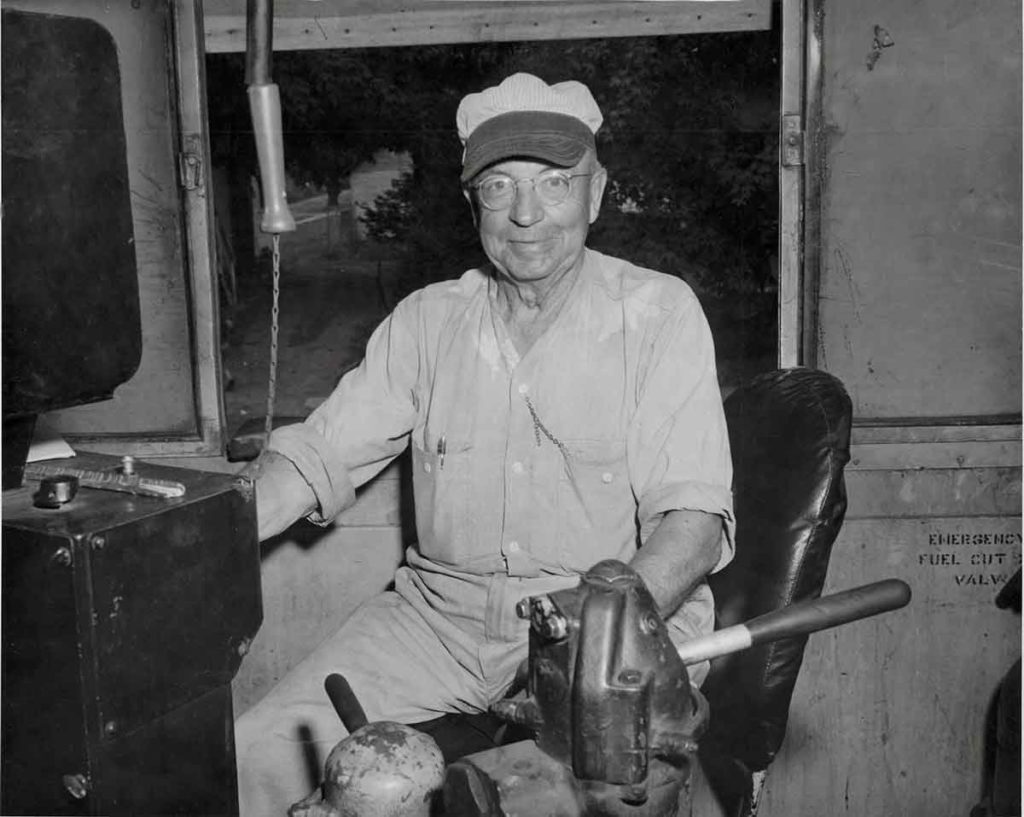 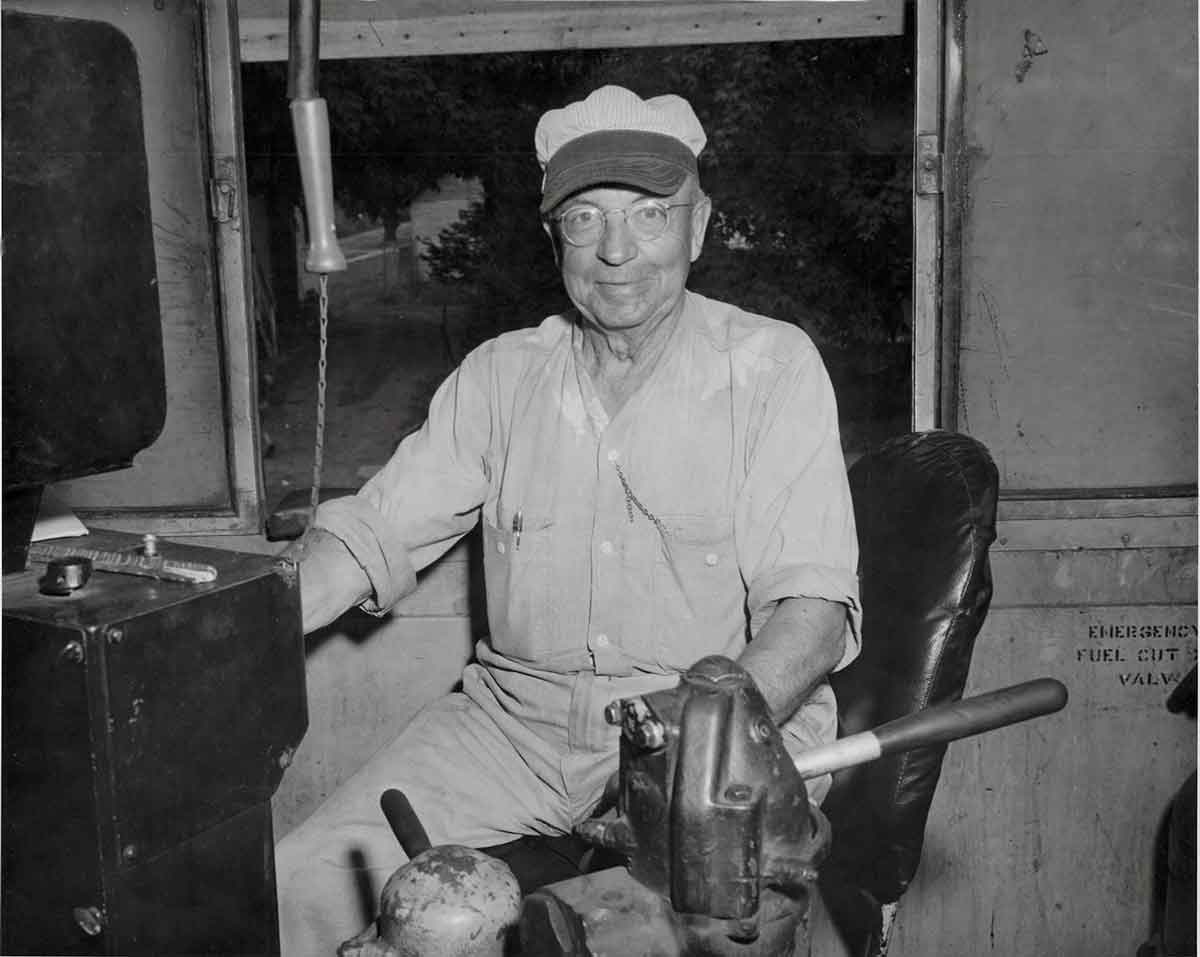 Like many old steam men, PRR engineman W. A. Eby disliked diesels, but he manages a smile in the cab of S12 No. 8734 working the Bellefonte local in 1957.
Michael Hauk collection
I never knew Walter A. Eby, my dad’s foster father. He passed away in 1963, when I was two years old. I have a few mementos of his life, however: his Waltham railroad watch, some photos, and perhaps most important, some stories told by my dad.
Dad never talked much about his troubled childhood; perhaps it was too painful to recall, or he thought it would not interest us kids. Most likely he figured it just wasn’t anybody’s business.
But he sometimes talked about Walter Eby, who was a locomotive engineer for the Pennsylvania Railroad. Dad went to live with Mr. Eby and his wife sometime around 1940, staying with them until he enlisted in the Navy as a dental corpsman in 1951.
As was the case with operating employees on many railroads, almost all PRR engineers (or, in company parlance, enginemen) were referred to by their first two initials, and W.A., as my dad always called him, was no different. W.A. was with the PRR for well over 50 years. A hand-written note on his PRR Relief Fund booklet states he was “promoted to engineman Thursday April 12, 1917.” After working on the Pittsburgh Division, W.A. spent most of the remainder of his Pennsy career running over the old Lewisburg & Tyrone branch in central Pennsylvania. W.A. for many years ran the Bellefonte local between Sunbury and Bellefonte, Pa.
My dad lived with W.A. and his wife on Sixth Street in Sunbury, not far from the PRR station. Whenever he was running through town, W.A. would blow two quick shorts on the whistle. My dad could hear the whistle even while sitting in class in the old Sunbury High School, and would know W.A. was coming through.
One of my dad’s favorite stories revealed W.A.’s irascible side. As the tale goes, a local politician who had somehow stirred the engineer’s ire was holding forth from the podium at a political gathering of some kind in Sunbury’s Cameron Park. The park was (and still is) right next to the PRR (now Norfolk Southern) main line through downtown Sunbury. W.A. came steaming through town, and, spying the object of his displeasure, caused the locomotive to belch forth a huge plume of black smoke and hot cinders, which rained down on the politico and scattered his supporters.
After my dad’s passing in 2007, I found among his papers several photos of W.A. running PRR diesel switcher 8734, a Baldwin model S12. The photos are dated November 4, 1957. Steam was gone from the Bellefonte branch by 1955, and my dad noted W.A. didn’t care much for the new diesels. An accompanying newspaper clipping from November 1957 reports that W.A. was awarded a 50-year service pin by PRR Northern Regional Manager Paul W. Neff during a ceremony at the Sunbury Social Club, and that W.A. continued in active service.
Not long thereafter, W.A. retired. According to my dad, there was no ceremony, no pin, no gold watch. It seemed as if the PRR had forced him out, though on what grounds and by what means is not clear. “He had so much seniority and could be such a tough customer, I think the railroad was actually a little afraid of him,” Dad once said.


My dad went on to success as a dentist, community leader, husband, and father, thanks in no small part to his own grit and determination. At least a measure of credit, though, is due the kindly heart of a gruff PRR engineman named W. A. Eby, who gave my father a home.

2 thoughts on “W. A. Eby, PRR engineman and foster dad”