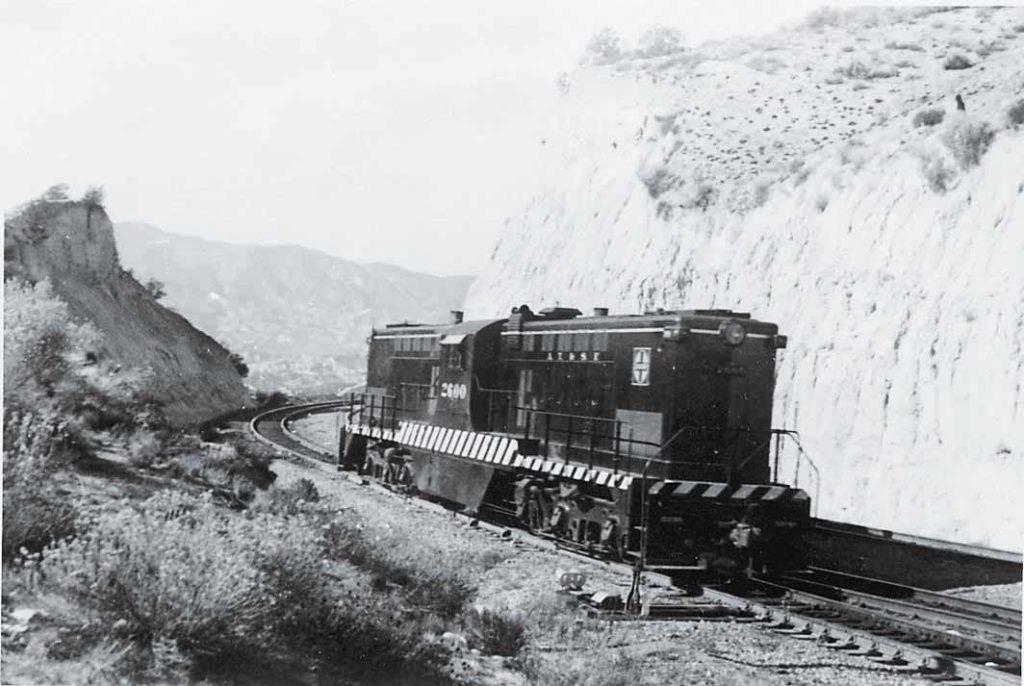 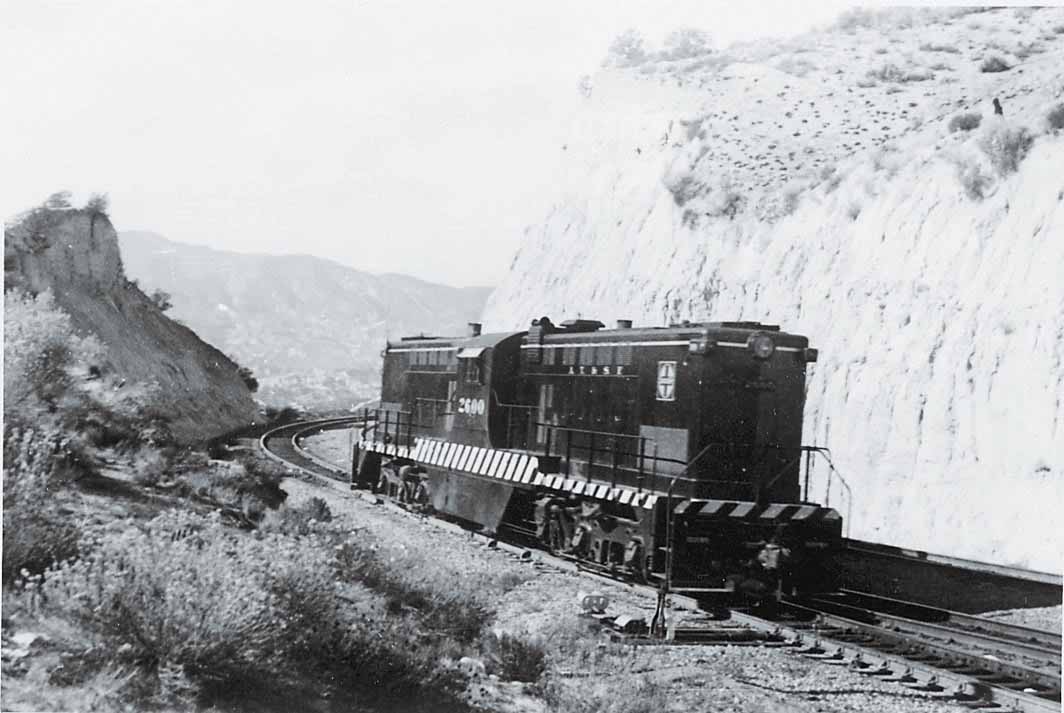 Rare find: Working in Cajon Pass helper service, Santa Fe center-cab Baldwin 2600 heads west at Summit. David Lustig collection
I think I was about 14 or 15 when the word got out that I liked trains. It was not a secret, you understand, but unless I seriously misjudged him, I don’t think my father ever admitted to anyone, “Yes, I have a son. He likes trains.”

About once a month, when he would come home from work, he’d rummage through his briefcase and hand me a train photo that someone had given him to give to me. It was always a lovely gesture from an unknown (to me) co-worker, and I mean no disrespect when I say that such gifts were always pretty much worthless to me.

They were blurry, out-of-focus, crooked, underexposed, shot in the shade, way in the background, or had someone standing in front waving, and almost always they were unidentified and/or unidentifiable. Other boys had Playboy magazines hidden in their closets; I had a shoebox full of hand-me-down train photos with obscure notes on the back of them ranging from “Aunt Martha visits Niles, Mich.” to “Somewhere west of Pennsylvania.”

You could not say no to someone else’s good intentions, of course. Father thanked everyone who was thoughtful enough to think of his son, and in turn, he carefully explained to me about the kindness of people who thought I might enjoy some of these misguided Kodak moments. It would be a lesson I would remember.

It was also a lesson about “everything comes to those who wait.” Not that I was waiting, but as my little photo collection grew, my father would come home, smile, and say, “I’ve got another one.”

Yet life has a way of biting those who are too smug firmly on the butt, and I, with all the lack of wisdom a teenager could muster, definitely was that. “Here’s another one,” I remember my father saying one evening, explaining that the gentleman who gave him the photo said he found it in an old scrapbook was about to throw away. “Great,” I replied, faking sincerity to the best of my ability.

Opening the envelope, I was speechless, rare for me even then. The photo was in focus, properly exposed, taken from the sunny side, and an action shot! Not just any action shot, either. Even at my tender, young, know-it-all teen age, I realized what this was-a Santa Fe center-cab Baldwin diesel locomotive, on Cajon Pass, performing the assignment for which it was bought but which it only briefly held. Purchased for pusher duty, it was soon relegated to transfer runs in Los Angeles. I had never seen a shot of one on Cajon before, and I’ve never seen one since. And someone almost threw it away, but at the last minute thought of me.

Whoever you are, wherever you are, thank you. Not just the person who gave me what to this day remains a rare picture, but to everyone who ever thought enough of my father’s son to take a moment to pass along a piece of their life, no matter how brief and out-of-focus. I still have the shoebox stored in the garage. Every few years I run across it and thumb through its contents. And every time I do, I always ask the same question: Who was Aunt Martha and what was she doing in Niles, Mich.?

One thought on “Unexpected Treasure”