Home / Railroad Stories: The Way It Was / Railfan Stories / No support group 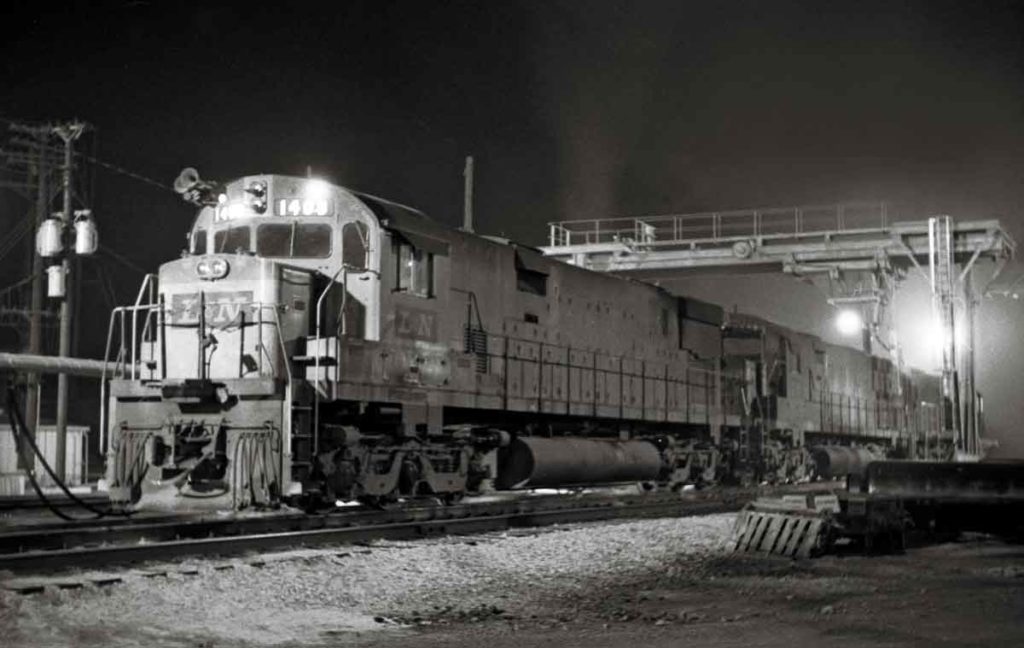 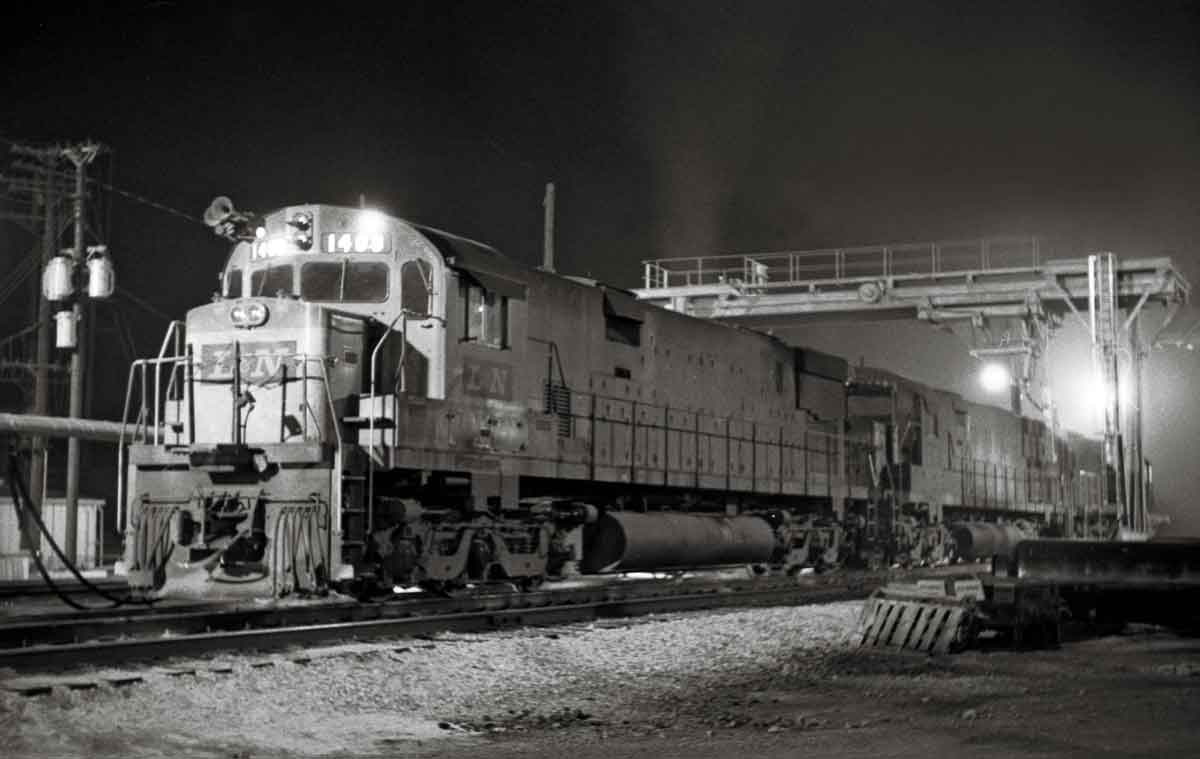 While not technically perfect, this photo of L&N C628s under the sanding gantry at Corbin, Ky., remains a treasured link to an earlier time.
Ron Flanary
As a young railfan growing up in central Appalachia in the late 1950s and early ’60s, my only link to fellow enthusiasts was through the pulp pages of Railroad magazine, or the slicker, more sophisticated Trains. A local National Railway Historical Society chapter existed 45 miles south in Kingsport, Tenn., but given my limited travel range, it might as well have been 500 miles away.


A central element of the hobby was, and still is, photography — but neither of these publications addressed the mysteries of
f-stops, shutter speeds, ASA ratings, depth of field, or exposure tables for the neophyte. It was apparently assumed that most young photographers would have access to support groups of older and more knowledgeable members of the fraternity to teach them these fundamentals. But in Appalachia, and the South in general, finding other railfan photographers was as rare as albino rats in the local garbage dump.


Today photographic equipment has advanced to the point that one doesn’t have to understand much about the technical points. Just compose, point, and click, and the odds are you’ll get an acceptable image. The need for a support network isn’t as critical given the ready availability of such technology.

My photographic evolution began with a Kodak Brownie box camera in the late ’50s. This progressed through a smaller plastic Brownie with a fixed lens and shutter speed — which was very slow. At last I realized 35mm was the format of choice, although my first such camera was a semi-automatic viewfinder Argus model (an “Autronic”) that was more of a consumer model than a “real” single-lens reflex 35mm. Also, teenaged finances being what they were, I had limited funds for film. I had to make every frame count, and I considered every shot before I pressed the shutter.

I rarely shot color film, because it was more expensive than black-and-white. An exception came in 1961 when I mistakenly purchased a roll of transparency film. The slides that I picked up at Mack’s drugstore in my hometown were a total mystery. What good were these things? I had no projector, but at least I kept the dozen or so slides in hopes that one day I might be able to project them and see the results.

Typical of these times was an evening in Corbin, Ky., in summer 1965. I spent the afternoon stalking motive power and trains in the Louisville & Nashville yard while I waited to catch northbound train 18 to Cincinnati, due out at 3:25 a.m. After attempting a time exposure of southbound counterpart 17 near midnight, it dawned on me that I still had three and a half hours to kill, so I drove back to the engine terminal with my Argus in hopes of figuring out the mysteries of nighttime photography.

While I was trying to steady my camera on an old oil drum, using a scrap of wood I found as an additional brace, an employee approached me. I figured I was about to get tossed off the property, since a teenage boy stumbling around in the darkness of a busy engine terminal at 1 a.m. was not encouraged. He turned out to be the third-trick roundhouse foreman, and instead of giving me the heave-ho, he took me on a tour of the engine shop — and advised me to “be very careful.”

In all my young years of rail photography in my home region, I rarely saw another person with a camera around the tracks. Eventually I did meet a couple of friends from a neighboring town who shared my passion for trains, but we were of no help to each other when it came to photography. Like me, they were learning by trial and error. Eventually, of course, the experience gained from my mistakes improved the end result, but precious opportunities were squandered, since that process took years. A succession of better equipment and film, and eventually the transition into digital, would improve my photos. I still have frustration in viewing my older grainy images of memorable locomotives and scenes, knowing a better camera, color transparency film, and a fuller understanding of how it all worked would have likely produced superior images.

On the other hand, the accompanying grainy black-and-white photo of the three Alco C628s under the sanding gantry at Corbin in 1965 succeeds in taking me back in time to those days of learning photography without a support network. A tripod and a higher f-stop to improve the depth of field would have been better. But those Alcos, the sanding gantry, and even the L&N itself all have been extinct, of course, for many years, so this shot exemplifies that something is better than nothing.

4 thoughts on “No support group”