Home / Railroad Stories: The Way It Was / Railfan Stories / My memorable summer of 1959 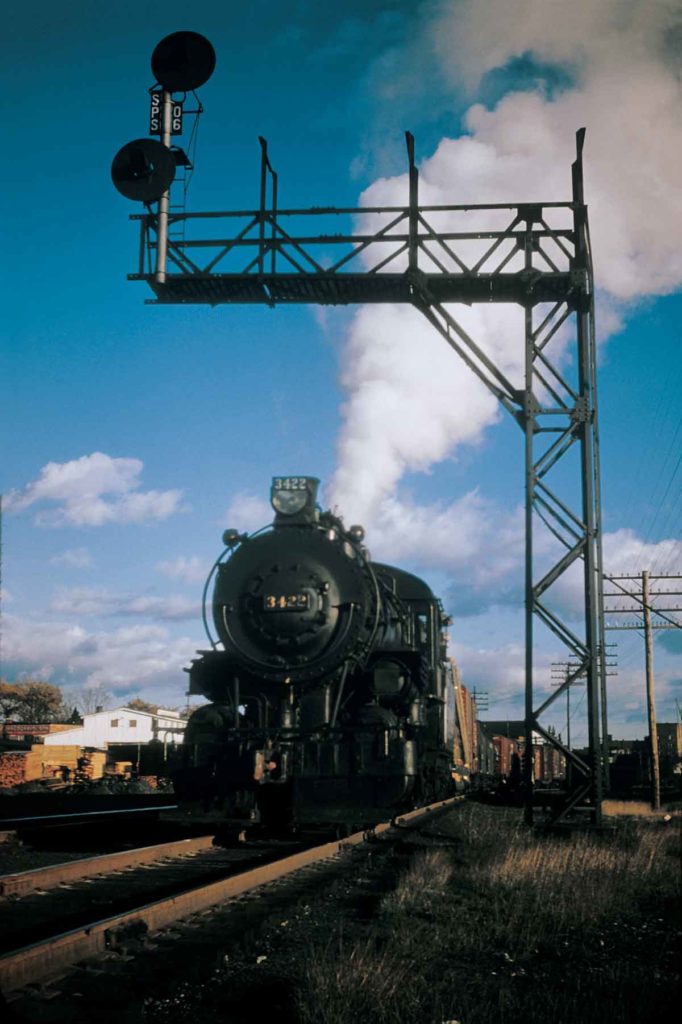 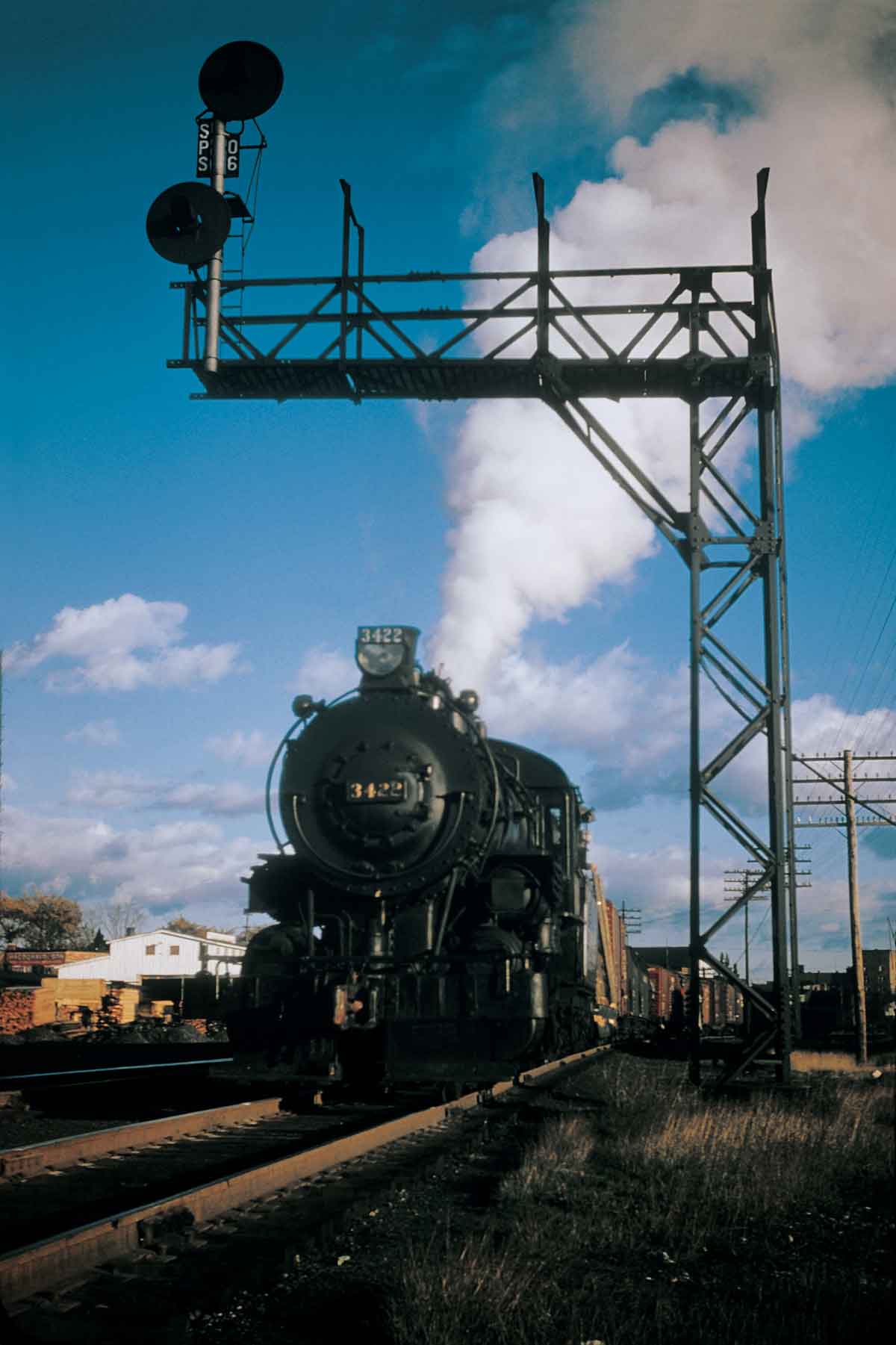 CP Consolidation 3422, pictured at North Bay, Ont., in October 1954, was among the engines author Quastler came to know during his 1959 summer at London, Ont.
Mert Leet
In that memorable summer, I was 18 and about to enter my sophomore year in college. My father worked for a Detroit firm that had a plant in London, Ontario, and he made many business trips there. As summer approached, he was in London almost every week, so he rented a small apartment near the edge of town. It was at the foot of the embankment for Canadian Pacific’s main line west to Windsor, across the Detroit River from my hometown.


When it looked like our family might move to London, I signed up for a summer-school class at the local University of Western Ontario to see if I should transfer there. London’s main attraction to me was that it was served by CP and Canadian National, whose steam locomotives I had photographed in Windsor. Both were rapidly phasing out steam, but maybe I would be lucky and some engines would still be working.

Steam had fascinated me from my earliest years, an interest reinforced when I discovered Trains magazine in a downtown Detroit “dime store” in 1954. By 1956, I was a regular reader, and David P. Morgan’s writings, in particular, inspired me to pedal my bicycle a few miles to the Detroit–Muskegon main line of CN affiliate Grand Trunk Western, which still operated a lot of steam. GTW became a lifelong favorite.

When we got to London that June, I soon discovered I was too late for CN — the only CN engine I saw in steam that summer, on June 15, was former Grand Trunk Western 4-8-4 6301, spotted behind the roundhouse. I never saw it turn a wheel; the Northern was in a reserve role, in case of diesel failure. A day or two later it was stored dead, and probably never ran again. An article by Ken Kraemer in Spring 2002 Classic Trains reveals there was at least one, possibly final, CN steam freight through London in July 1959, but I didn’t see it.

Things were quite different on the Canadian Pacific, however. It still had steam in regular use, albeit in a secondary role, and only in freight and switching service. CP’s distinctive steamers seldom were called for freight service during daylight hours on Mondays or Tuesdays, but as traffic picked up toward the weekend, the engine board inside the roundhouse often showed one or more engines chalked up for duty. They were primarily used on the main line east, to and from Toronto.

As classes began, my routine was to drive my father to work, then take his car to the university. When classes let out around noon, and if the weather was good, I hurried to the CP roundhouse. I only had until about 5 p.m., when I had to go pick up my father.

A good part of my excitement was wondering which engines would be at the roundhouse. After about three weeks, I could distinguish the regular engines from the visitors. The former included large 2-8-2’s 5405 and 5406, several smaller 5100-series Mikados, semi-streamlined Pacific 2409, and Royal Hudson 2827. The 3422, a 2-8-0, regularly worked the yard. Less frequently, a light Pacific, 2200, worked a way freight toward the west. London also saw a few Ten-Wheelers such as the 1045; they were the first 4-6-0’s I’d seen in action.

One delight was the friendly CP railroaders. Although I spent a lot of time at the roundhouse, I was never challenged. I always got the information I wanted, and once a hostler even invited me to ride the 5187 onto the turntable and into the roundhouse. My routine was to check, and sometimes to photograph, the engines in the service area, then peek inside to see which engines were chalked up for work. If it was Wednesday or later, one or two steam-powered eastbound freights usually were called. If so, I stationed myself along the steep grade just beyond the yard limits to take a picture. I felt especially lucky when, several times, a steam or steam/diesel doubleheader was called. When no steam action was imminent, I sat in the car and studied.

I can’t remember a single westbound steam-powered run during those afternoons. Occasionally a diesel freight in that direction needed help getting started, and 3422 provided a push within the yard limits. Once, a freight hauled by one Montreal road-switcher needed a push for several miles to the top of the grade, and the steam pusher cut off on the fly right in front of me as I aimed my 8mm movie camera at the action.

The only regular westbound steam train was the Chatham turn, which interchanged freight with Chesapeake & Ohio there, 70 miles away. It left London at night and returned the following morning, while I was in class. Usually it had Pacific 2409, although later that summer the 2827 often handled it. Usually I was asleep when the Chatham turn left town, for only once do I recall rushing out to see the dim outlines of a Pacific working hard toward the west. Otherwise, there was a steady stream of diesel freights and an occasional RDC set heading to and from Windsor.

Sometimes other fans, mostly from the U.S., showed up at the roundhouse, and I enjoyed telling them about the local scene. One such visitor was Arlington Bryant, an old-timer who lived in Ferndale, Mich., a few miles from my home. I’d met him about a year earlier when we were both taking pictures on the GTW. Bryant had been an active photographer since early in the century; one of his pictures I recall showed an Erie triplex in action in New York. I’ve often wondered what became of his big collection after he passed away.

My limited resources meant I had only inexpensive, mediocre cameras, and all of my slides and movies suffered as a result. Even worse, sometimes I used Ektachrome film, which has not held up in quality after nearly 50 years.

When my class ended after eight weeks, it was time to return to Michigan, and a short time later Canadian Pacific phased out steam in southern Ontario. The only live CP steam locomotives I saw thereafter were on excursion trains, but that just couldn’t compare to seeing them in regular service. I decided to finish my college work in Michigan, rather than to return to the University of Western Ontario. I did get back to London occasionally over the next few years, and while I liked the city, there was a major void that could not be filled. The only tangible reminders I have today of that memorable summer of 1959 are my slides and movies. To the befuddlement of those many fans who think that only perfect pictures are worth keeping, they are absolutely priceless to me.

One thought on “My memorable summer of 1959”