Rebuffed by the big KCS, two steam-hunters were welcomed on the folksy Muskogee Group 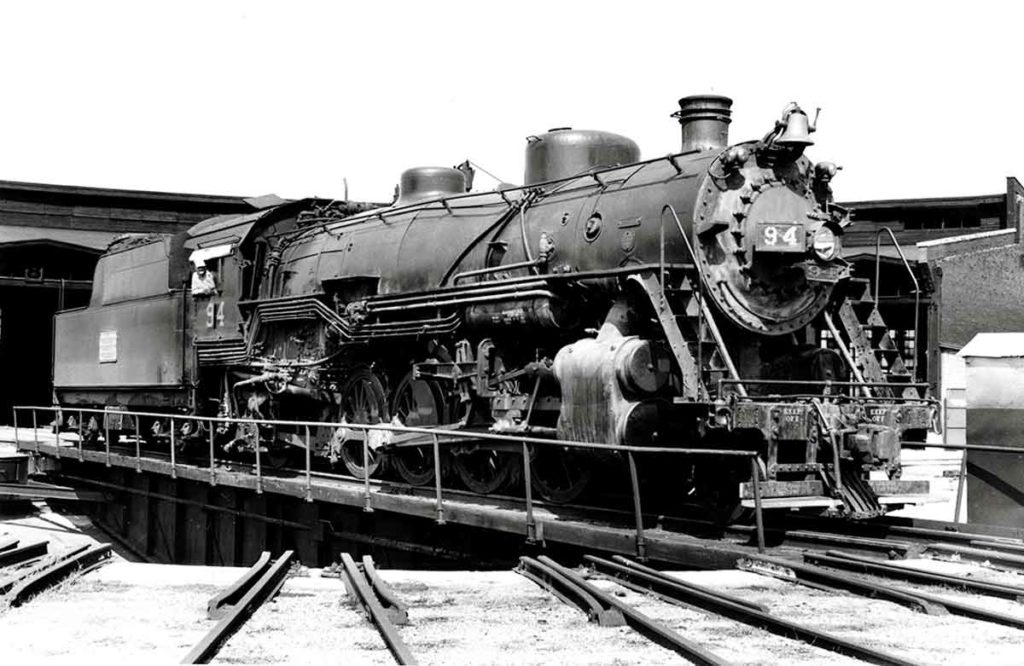 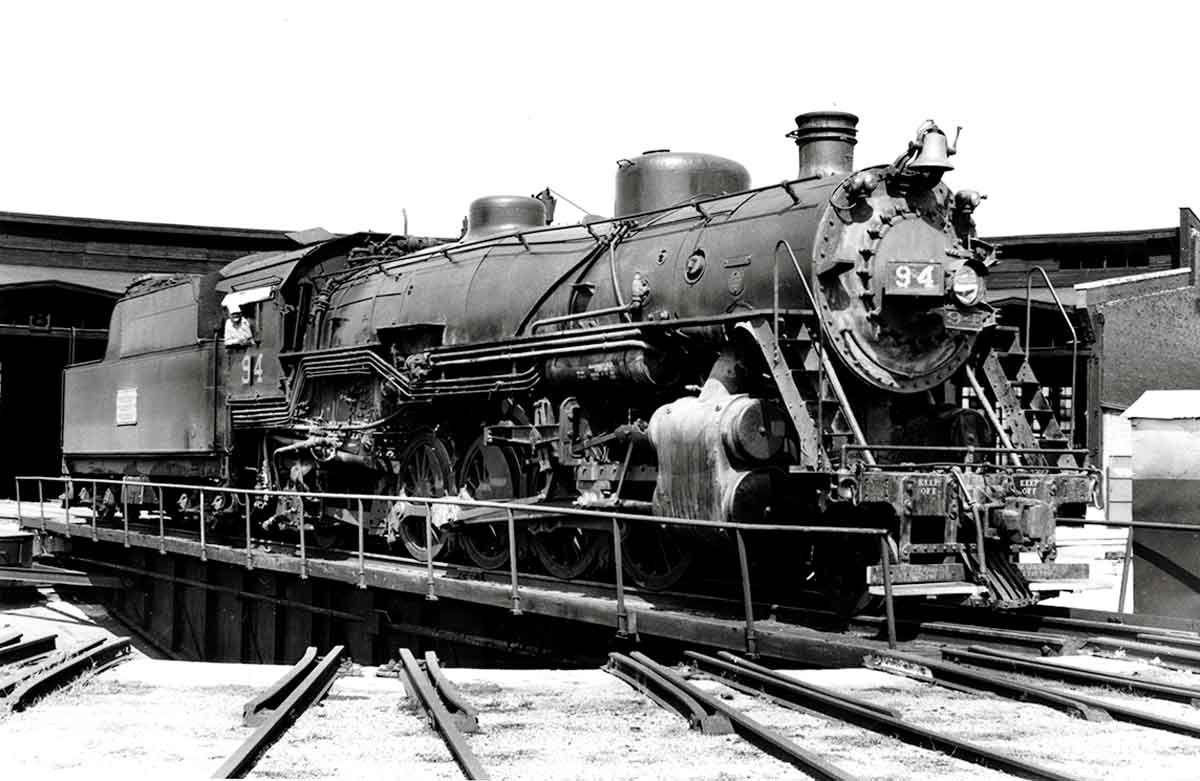 Heavy Mikado of the Muskogee Group poses on the turntable at Muskogee, Okla., in August 1950.
Joe Collias photo
In the early 1950s, a friend and I traveled extensively in an attempt to photograph as many steam locomotives as possible before their impending destruction by dieselization. On one expedition, we chose a corner of Oklahoma and southeast Kansas for what we anticipated would result in an encounter with some of the Kansas City Southern’s massive 2-10-4 types.

However, on August 26, 1950, we suffered a setback when we were denied permission to enter KCS’s Pittsburg (Kans.) terminal. We did succeed, however, in photographing the giant 2-10-4s elsewhere in action.

Reeling from this unexpected treatment, we hurried on to Muskogee, Okla., in hopes of finding steam on a trio of affiliated roads collectively known as the Muskogee Group: the Kansas, Oklahoma & Gulf; the Midland Valley; and the Oklahoma City-Ada-Atoka. I had long admired the railroads’ fat-boilered and low-slung 2-8-0s adorned with striping on boiler domes and tenders. Upon our arrival there, we were delighted to encounter live, active steam power in abundance.

Mindful of our recent experience with the KCS, we sneaked around, taking as many pictures as quickly as possible. Soon, needing to change film in our cameras, we retired to the shade and relative seclusion behind the roundhouse. Busily involved in our task and hurrying to return to our efforts, we were suddenly alarmed to hear a powerful voice ask if we were wanting to photograph more of the locomotives at hand. We looked up to find a man of obvious authority, attired in white shirt, tie, and straw hat, asking the question.

Somewhat shaken, we stammered a reply in the affirmative. Then the gentleman asked if we would like to photograph the idle locomotives in the roundhouse, which, of course, we did. He then introduced himself as none other than J. W. Womble, superintendent of motive power for the three Muskogee roads. To our continuing astonishment, Mr. Womble summoned the roundhouse foreman and requested that he pose each and every locomotive still in steam on the turntable for us. This the engine hostler did, and we clicked merrily away until every engine was duly recorded.

Mr. Womble turned what had started as a day of disappointment into a day of delight. We could not thank him enough. He gave us a delightful experience to remember.