Thanks to Mom, Dad, and the New Haven 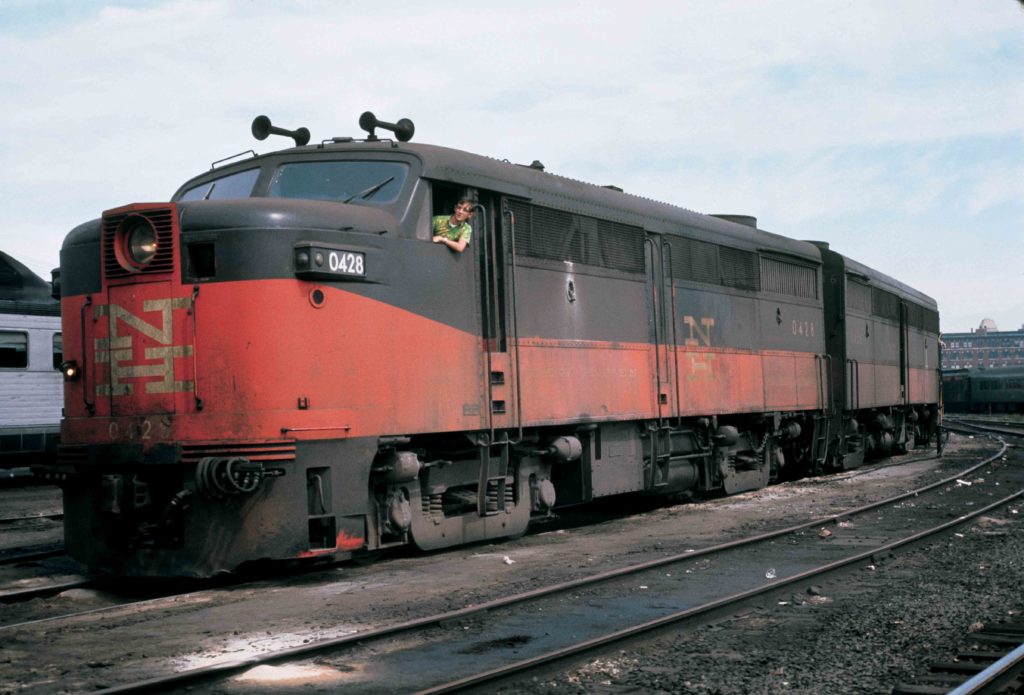 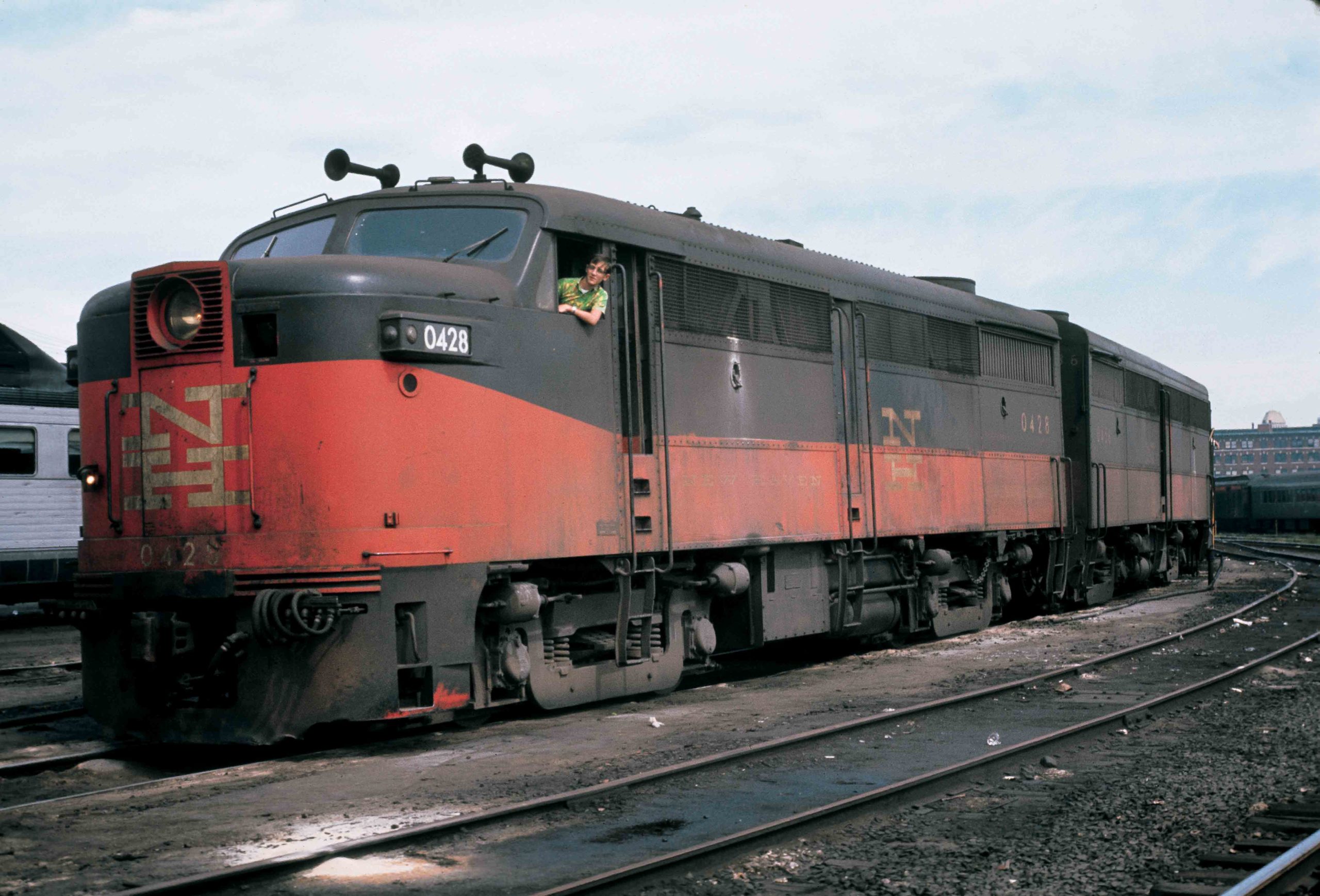 Author Hartley finally caught up with the elusive New Haven FA’s in Boston.
Allan G. Hartley
The New Haven Railroad was the perfect pike for a young railroad enthusiast. Station agents and block operators always would take the time to talk and tell me about what would be arriving next. Train crews were professional, yet friendly, and often willing to let me ride in the locomotive cab with them.

But these benefits could also present problems. After the completion of one of those cab rides to a point some miles away, the telephone call home usually went like this: “Hi, Mom? I’m at (several possibilities here) station.  Can you come pick me up?” And she always did. Like most young teenagers, I thought my parents were pretty strict.  More than three decades later I realize how tolerant they were. I also realize they must have trusted me (and the railroaders who befriended me) quite a bit. My mom also could be counted on to drive me to stations when I actually planned one of these train rides with my growing number of engineer and fireman friends.

I grew up along NH’s Hartford Line, the busy 62-mile route between New Haven, Conn., and Springfield, Mass.  By the time I was able to identify locomotive types, most of the Hartford Line’s many passenger trains were handled by the EMD dual-mode electric/diesel-electric FL9’s. A pair of GP9’s (known by crews as “Cadillacs”) handled a daily freight round trip and a pair of passenger trains, while Alco RS3’s held down the local freights.

But New Haven’s published “Summary of Equipment” listed other, more exotic locomotives. The last 4 Alco FA1’s (from a 1947 order of 30) and 8 boosters were tempting targets. An A-B-B-A set was known to be assigned to nighttime freights out of Boston, and others worked with younger road-switchers on a variety of secondary lines all over the system—everywhere but past my house, it seemed. And a driver’s license wouldn’t come until five months after Penn Central swallowed the New Haven at the end of 1968.

Once again, my parents came to the rescue. Dad drove on our frequent weekend trips to see numerous friends and relatives, and we somehow usually managed to pass through South Worcester, New Bedford, Fall River, and Providence—all of which had busy New Haven freight terminals in the Sixties. But we never could find an FA1 in any of those little engine facilities.

It was time for “my” railroad to help. My frequent letters to various operating officials always resulted in polite answers from these overworked managers of the bankrupt New Haven.  (Do today’s teenage fans write to railroads and locomotive builders to ask for information and promotional materials?) I boldly asked for a tour of Dover Street Yard in South Boston, where I knew that I probably could find those elusive FA1’s. After a few requests, permission finally was granted.

The chosen day fell during a weeklong family vacation on the Connecticut shore. My dad gave up a planned day of fishing to accompany me to Boston. Rather than ride on one of New Haven’s premier Shore Line passenger trains, our schedule required travel on New London-Boston local train 508, consisting of one of the two control cab units from the Budd Roger Williams train and one conventional RDC1.

Train 508 took 2 hours, 28 minutes and made 19 stops over the 106 miles between New London and Boston.  Naturally, I had talked my way into the cab not long after departure. We met fast-moving varnish behind FL9’s, a symbol freight led by a Fairbanks-Morse H16-44 road-switcher, and westbound Budd cars. Alco RS1’s were switching Northup Avenue yard in Providence.

New Haven Railroad road foreman of engineers Henry Mahoney awaited our arrival at South Station. He drove us in a company Ford LTD (complete with railroad emblems on the doors) to Dover Street. He and Dad followed behind as I hastened through the yard, quickly shooting up my limited supply of film. Many new sights greeted me:  derelict Loewy-style H16-44’s, high-hood Alco switchers, even the carbody of the last Alco DL109. But finally, there they were—idling contentedly alongside FL9’s and GE U25B’s were FA1 0428 and FB1 0456. (Elsewhere in Dover Street were another cab and booster; the four would be put together by late afternoon to handle freight BL-1 on its roundabout nocturnal journey to the Boston & Maine connection at Lowell, Mass.)

I never did get to see that coveted A-B-B-A consist of New Haven Alco cab units, but I was able to photograph and spend some time aboard the 0428 that morning in August 1968. Yes, that’s me in the fireman’s seat in this photo. I was pretty proud of that Hawaiian shirt, as I recall.

Mission accomplished—thanks to the New Haven Railroad and my mom and dad.