Home / Railroad Stories: The Way It Was / Railfan Stories / “Let us ride your bikes, we’ll let you shovel coal”

Two boys have an adventure on a Lehigh Valley Camelback switcher 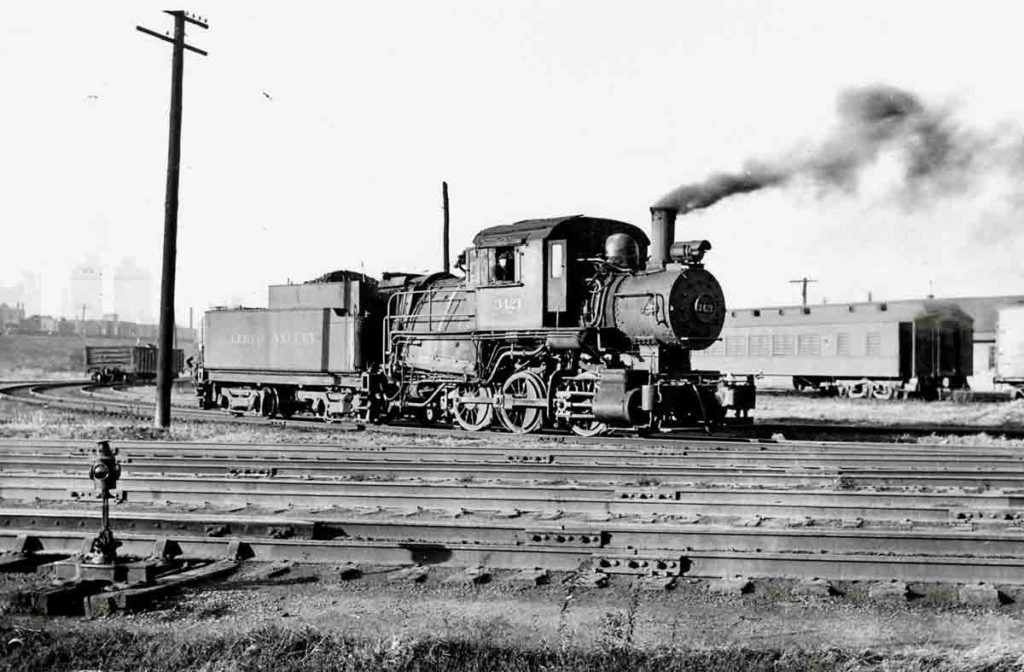 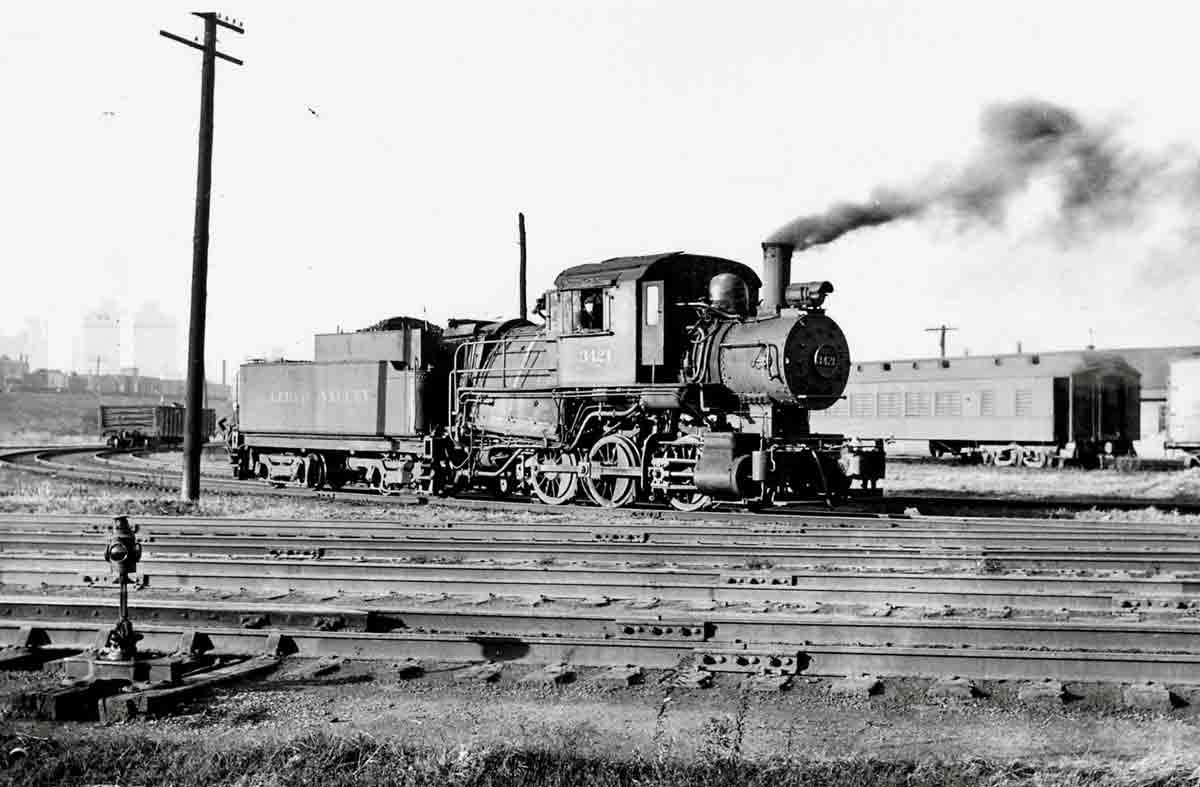 A Camelback switcher like Lehigh Valley 3421, pictured at Jersey City in 1939, was a powerful magnet for a couple of young boys.
Stanley D. Crews
My buddy Mike and I were sitting on our bikes at a Lehigh Valley yard in northern New Jersey one day in 1950. We had our eyes on a Camelback switch engine, which was parked while its engineer and fireman took a break. When the men saw us, they climbed down from the locomotive and headed our way. We usually ran in such situations, since we weren’t supposed to be around the yard and didn’t want to get caught.

On an earlier occasion, we’d been caught playing on a two-story-high coal pile in the yard. We were trying to climb to the top of the slippery coal when a police car pulled up and its two occupants collared us. Mike and I were black from head to toe with coal dust. The policemen asked us many questions, but finally let us go with a scolding — we decided they didn’t want us to mess up their patrol car’s back seat. My luck ran out, though, as soon as I got home. When my mother saw my clothes, I got more than a scolding.

This time, we decided not to run. We wanted to get close to a train crew, even if it meant a chewing out for being on railroad property. Upon reaching us, the engineer leaned over and said, “If you let us ride your bikes, we’ll let you shovel coal in the engine.”

Mike and I were relieved — and overjoyed at the prospect of experiencing every boy’s dream and climbing onto an engine with its crew. We agreed. The heavy engineer and tall fireman rode our bikes all over the yard, laughing their heads off. While they were riding, I was telling myself that this was my chance of a lifetime to get on an engine and show the crew how good a job I could do.

The engineer and fireman rode our bikes far down the yard, until they appeared quite small in the distance. Mike and I began to worry that they might not bring our bikes back, but then we decided they would not abandon their engine. Eventually the men returned, and we all headed for the Camelback.

The closer I got, the bigger the engine looked. We climbed up the big steps, which were straight up and nothing like the monkey bars in the schoolyard. Then we stepped on the uneven steel deck of the fireman’s cab on the rear of the engine. The fireman handed me the widest shovel I’d ever seen. I grabbed it like a man and went for a scoopful of coal from the tender. Much to my surprise, the scoop had to be pushed hard to penetrate the coal pile. Then I picked up the fully loaded scoop and tried to act like it was not heavy as I swung around toward the firedoor. I remembered reading that a good fireman could throw a shovelful evenly across the bed of coals all the way to the front of the firebox. Just then the fireman threw open the firedoor and the tremendous heat blast hit me in the face, throwing me off center. I caught the corner of the shovel on the firedoor and half the coal went all over the deck. The engineer said I would never make a fireman. I was ashamed and embarrassed. I’d blown my chance of a lifetime. To make things worse, my buddy Mike did it right. Still, it was a thrill to be on an engine.

As we rode our bikes home from the great adventure, I wondered how a fireman could shovel coal all day in a swaying locomotive on those hot, humid New Jersey days. I noticed my bike seat was bent to one side from the weight of the heavy engineer. I didn’t care. I was happy he had ridden my bike and proud of the bent seat that resulted.

I rode the bike with the seat bent all week and decided to keep it that way so I had proof and a memento of the adventure. One day when I was at school, my dad saw the bent seat in the garage and fixed it. I was upset, but I could not say anything because I was forbidden to play by the tracks.

5 thoughts on ““Let us ride your bikes, we’ll let you shovel coal””