Home / Railroad Stories: The Way It Was / Railfan Stories / ‘Deepest twilight’ on the Rutland 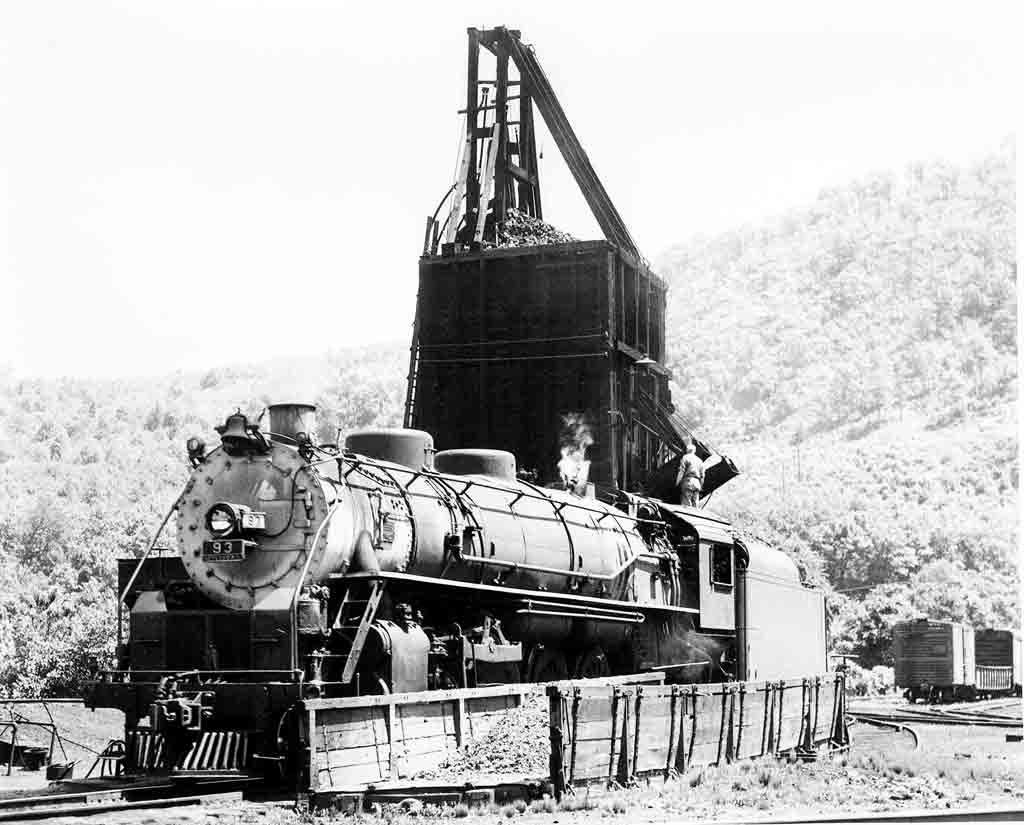 While waiting for their train at Bellows Falls in 1952, author Beardsley and his dad saw Rutland 4-8-2 No. 93.
Kenneth D. Beardsley
Catching up on my reading a while back, I had my memory jogged by David Lustig’s “One Day in March” and Curt Tillotson Jr.’s “Magic Carpet to Durham” in Spring 2003 Classic Trains. I’m sure each of us can similarly recall a particular favorite day spent with the railroad, probably several. But when pressed for just one, my mind always goes back to a June day 52 years ago, in Bellows Falls, Vt.

At age 9 I was shy, skinny, not at all athletic, and had not fit in terribly well during my first six-week summer stay (1951) at Camp Abnaki, the historic YMCA boys’ camp on North Hero Island, Vt. This was despite the fact that Abnaki was actually a flagstop on the Rutland’s gorgeous meadow-and-causeway line from Burlington north across the Champlain Islands. In fact, the railroad’s proximity was really my saving grace that first summer, particularly the sunlit early-morning passage of the overnight New York-Montreal Mount Royal, usually behind a five-year-old 90-series Alco 4-8-2. When the breeze was right one could hear the whistle coming all the way up the Islands.

So my parents’ challenge was to make my 1952 journey to camp a little more exciting for me to anticipate. They nailed it: I would make the trip on the Rutland’s other “name train,” the Green Mountain (no longer the Green Mountain Flyer), boarding in Bellows Falls and ending up right on Abnaki’s doorstep.

Late June in Vermont is a treasure, marked by usually crystal-clear weather, sparkling water, and lush green early-summer foliage. Amidst this backdrop, Bellows Falls in late June 1952 conveyed a strong sense of time past—a town going about its business in the old-fashioned way, in those last few years before Interstate highways, silicon chips, and Steamtown across the river. It was typical of towns up and down the Connecticut Valley: self-sufficient, with a long history of local commerce and still enough left to support a locally assigned 0-6-0. Things didn’t necessarily happen in the New York minute we seem to require today, but what did happen was done solidly and well.

Into this scene, running late up from Boston on the Boston & Maine, would eventually come that day’s Green Mountain, by now just a three-car accommodation on a truncated route (hence the dropping of Flyer from its name), led by shiny, factory-new maroon-and-yellow B&M Alco RS3 1545. An elderly lady and I were its only Bellows Falls passengers that day. It all seemed routine to her; we guessed she likely had relied on this conveyance for years. B&M 1545 would stay on as far as Rutland, in a time-honored tradition of B&M-Rutland mileage balancing. From there I would ride on to Burlington and up across the Champlain Islands behind the Rutland’s own green RS3.

The Green Mountain’s tardiness was the best thing that could have happened that day. Dad was an accomplished photographer, specializing in black-and-white, and had maintained his own darkroom for years. And Rutland’s weathered old riverbank enginehouse gave him something very special to record. Sitting quietly on the turntable was the railroad’s local switcher, 0-6-0 No. 106, the only member of class B-2c, Alco class of 1914. She was immaculate, the obvious beneficiary of a recent shopping. Had she been the last steam locomotive ever to get the full treatment up in Rutland? The timing would be right, and so would the evidence: clean graphite smokebox, white driving-wheel tires, stars on driver hubs and polished builder’s plate— all these touches seem clearly in retrospect to have been the work of men who knew full well they were saying good-bye. Every once in awhile she would send a puff of black smoke into the clear Vermont sky.

By herself she would have made the day, but there was more. A racket to the north became a clanking on the truss bridge adjacent to the enginehouse and B&M/Central Vermont crossing, and materialized into a southbound freight of moderate length led by Rutland 4-8-2 No. 93, last of the four 1946 Alco L-l’s. She was not immaculate: her 1946 dark green had long since gone to grimy black. But she still had her graphite smokebox, and remained a handsome, modern locomotive of beautifully balanced design. She yarded her train, uncoupled, and disappeared quickly over across the river to North Walpole, N.H., future home of Steamtown USA, where B&M’s turntable could handle her length.

The L-1 was back in a jiffy, pointed back toward Rutland. She pulled up to the coal tower across from the Bellows Falls station and was ready to go again in a span of time that would have done credit to the N&W in Roanoke. After all, these men were Vermonters. A job to be done was a job to be done well. Logic and scheduling dictated that the L-1 would wait until after my Green Mountain had departed Bellows Falls; indeed, I think Dad got his photos of her after I had left town. I would never see No. 93 or her 0-6-0 friend again.

Ahead of me that afternoon lay a scrambling, rambling ride across Vermont, particularly north of Rutland, as another native son commanding a green-and-yellow RS3 made up so much time so as to astonish even the conductor. By that time passengers were no longer a regular item beyond Burlington, but on going-to-camp day there would be a gang of them—all young—boarding there. We and our steamer trunks were all herded into the railroad’s now-famous surviving wooden combine for those last stunningly beautiful, now long since rail-less, miles across the Champlain Islands to North Hero.

All in all, an incredible day. But what remains most in my mind is a scene of two steam locomotives, a crystal-clear, green Connecticut Valley midday, and the late David P. Morgan’s words about a similar Southern Railway scene two years earlier: “Deepest twilight of an unforgettable era.”

Postscript One: Bellows Falls, again, in August 1964. Enginehouse, turntable, coaling tower, most of the yard, and the Rutland itself were gone. Steamtown USA had taken up residence across the river in North Walpole, and at least one of its engines, B&M 4-6-2 3713, felt right at home. At the depot, a B&M diesel rested silently, shut down between local freight assignments. It was RS3 1545, the engine that had started me off on my trip to camp. After 12 years it was shabby, a tired Alco in a faded coat of maroon. But it held a memory all the same.

Postscript Two: As I searched to fashion my final sentence of this reminiscence, the Fall 2003 issue of Classic Trains arrived in the mail, containing Jim Shaughnessy’s feature article on Vermont ball signals. And there on pages 22-23 was 0-6-0 No. 106, just as I had seen her—same spot on the turntable, same smoke—watching New England’s heaviest, a CV 2-10-4, bear down on the B&M/Rutland crossing shed and ball signal. So not only my dad’s camera had been there at the beginning of that summer 52 years ago. A master railroad photographer and New England chronicler—whose name I already knew at age 9—had been there, too. For me that completes a perfect circle.

2 thoughts on “‘Deepest twilight’ on the Rutland”