Home / Railroad Stories: The Way It Was / Railfan Stories / Catching the Gulf Wind

For a nine-year-old Florida boy in 1952, a train trip to Jacksonville was a thrilling event 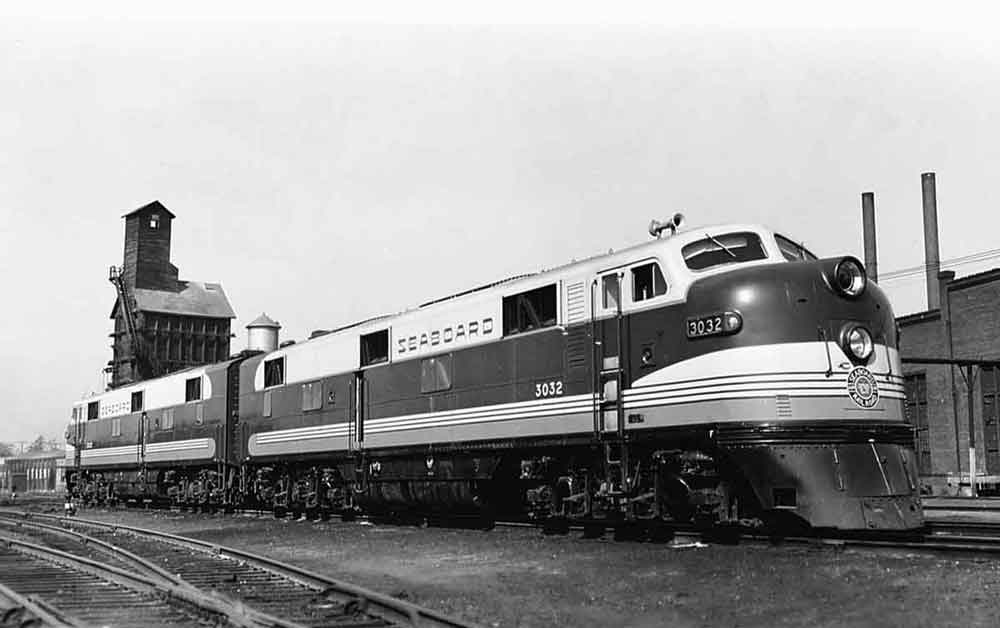 The sight of an approaching Seaboard E7 signaled adventure: a boy’s first train ride.
Wiley M. Bryan
I don’t know how my fascination for trains began, but ever since I could remember, I had been drawn to their mystique. I like tracks, switches, sidings, and depots. I like everything associated with trains. So, in November 1952, when my father came home one day and announced we were going to the University of Georgia vs. University of Florida football game on the Gulf Wind, I was beside myself.

For a nine-year-old train buff, this first ride seemed like the trip of a lifetime. My aunt and uncle lived in Jacksonville, and we would stay with them. My uncle would meet us at the station on Saturday morning and take us back to the station on Sunday afternoon for our trip back home.

The Georgia-Florida game took place on the first Saturday of November in Jacksonville for as long as I could remember. My father had played for Florida in the game in the early 1930s and had missed the contest only while in the service during World War II.

The Gulf Wind was an overnight Louisville & Nashville train that connected with the Southern Pacific’s Sunset Limited at New Orleans. The Wind ran on the L&N from New Orleans to Chattahoochee, Fla., 45 miles west of Tallahassee; between Chattahoochee and Jacksonville, it used Seaboard Air Line tracks.

The stop closest to our house was Drifton, Fla., a small Panhandle town located on the Seaboard 25 miles east of Tallahassee, and 138 miles west of Jacksonville. Drifton was a flag stop for the Gulf Wind, which was scheduled through eastbound at 6:20 a.m. daily.

My father did not purchase the tickets until Friday afternoon because he was concerned that the station agent would forget to issue stop orders with the Tallahassee agent if he bought the tickets earlier in the week. His ticket cost $6.40; mine was $3.20.

On the big day, Mama woke us up at 5:30 a.m. to get us to the station, which was 11 miles south of our house. It was a cold morning for North Florida, as there was a good coating of frost all around and on the old loading platform that was attached to the depot. It was very quiet and still. The sun had not yet begun to break the morning calm.

Being as excited as I was, I could not wait in the car. I had to stand outside and wait along the track and try to hear the Gulf Wind coming. Papa would tease me and say stuff like, “I sure hope that they haven’t forgotten about us.” Finally, about 10 minutes after 7 a.m., the flashing headlights of the E7 diesel locomotive appeared around the distant curve, and my heart began pounding with anticipation.

The conductor brought his vestibule to a stop about 12 feet from where we were standing, dropped the stepbox onto the platform, and welcomed us aboard. Our car was full, but there were two seats left for us. On the back of the seats in front of us, the headrest covers had “L&N” sewn on them.

Dawn was just starting to break over the Florida flat woods as we settled into our seats. It would take about 2 hours 20 minutes before we would arrive in Jacksonville.

After about 30 minutes, a steward walked through announcing that breakfast was being served in the dining car. After waiting for the train out in the cold morning, we were hungry. We were seated in the diner—a Seaboard car, added to the train at Tallahassee—by the chief steward and given our menu card upon which we were to mark our selections. The tables in the car were immaculate. The silver, china, glasses, and napkins were in perfect order. There was a fresh flower in a silver vase next to the window. This was the first time I had ever seen a finger bowl, which was also on the table. We filled out our order cards and shortly steaming bacon, eggs, grits, and toast arrived. Papa had a cup of coffee and I settled for a glass of fresh orange juice—from Florida, of course.

About the time we started eating, we crossed the historic Suwannee River. The train slowed to cross the river bridge but soon resumed speed. We slowed again as we went through Live Oak, and made one final stop at Lake City, 60 miles from Jacksonville.

The train had to back into the terminal at Jacksonville. In 1952, Jacksonville was served by the Atlantic Coast Line, Seaboard, Florida East Coast, and the Southern Railway. All trains backed into the station except the FEC’s, which went straight past it and crossed the St. Johns River on a bridge that was close to the old Acosta Bridge used by automobile traffic.

There were 26 terminal tracks. We backed in somewhere near the middle. We began walking toward the main terminal along with at least 300 fellow passengers. Down at the end of the track near the gate was my Uncle Harlan. He loudly called my father’s name, “Leo!” My father answered, “Harlan!” as loud as he could. When the other passengers heard those two shouting, they cheered.

We made it to the game, which began at 2 p.m. I don’t remember who won that year, but it was a good game.

My uncle got us back to Jacksonville Terminal for the trip home on Sunday. We departed the station at 5 p.m., and Mama met us when we arrived back at Drifton at 7:20.

We caught the Gulf Wind for the next four years for the annual Georgia-Florida game. While each was fun and still exciting, those subsequent trips could not duplicate the thrill of that first ride in November 1952.

One thought on “Catching the Gulf Wind”