Home / Railroad Stories: The Way It Was / Railfan Stories / Bound for Blackwater Canyon 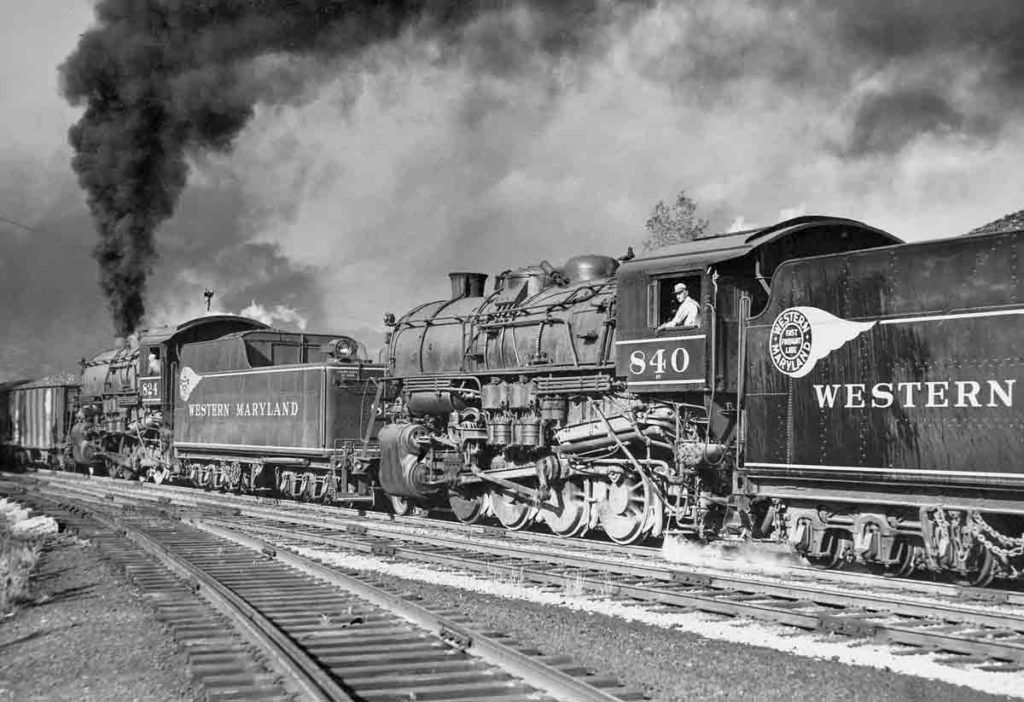 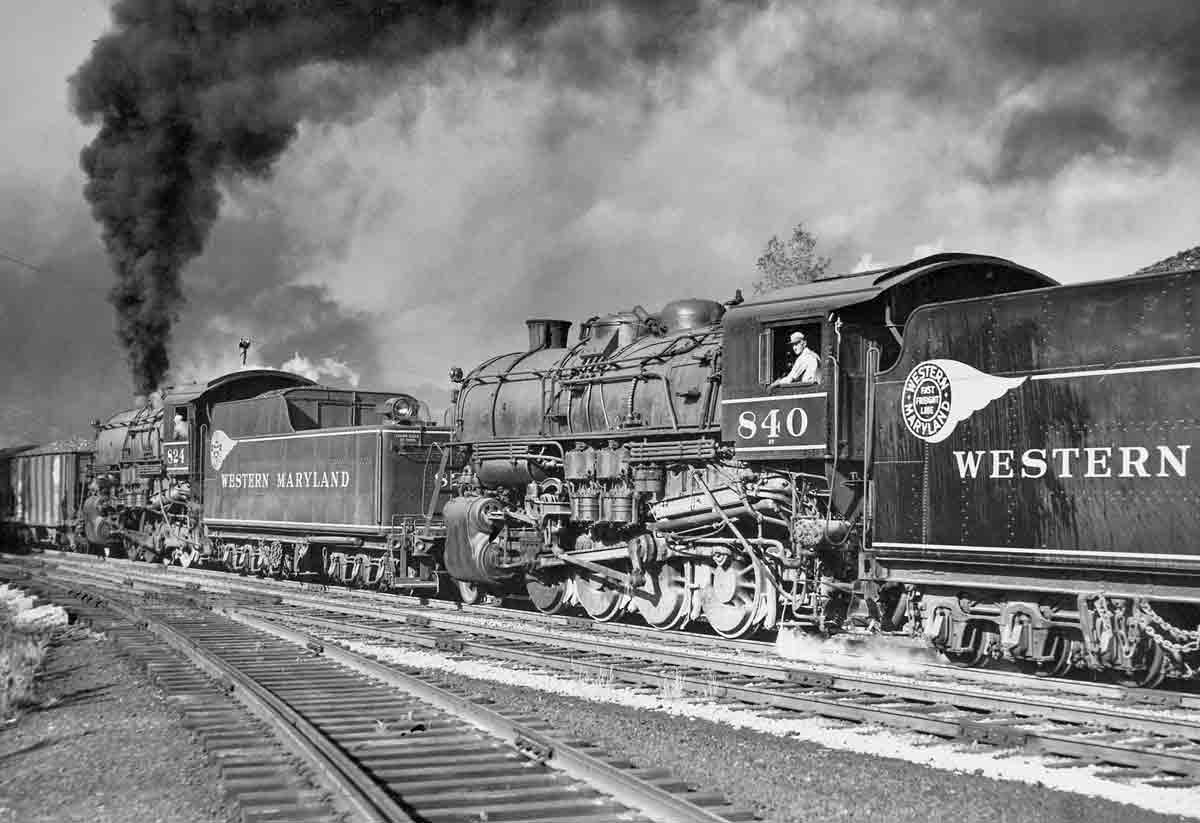 WM 2-8-0s 824 and 840 darken the sky at Elkins, W.Va., as they push a coal train east. Ahead 25 miles is Hendricks, where more helpers will be added for the Blackwater Canyon grade.
George C. Corey
It is a hot summer morning in Hendricks, W.Va. The time is early July 1944. I am 7 years old. The only sounds are the cicadas buzzing, a dog barking somewhere down the street, and kids playing kick-the-can. Gasoline rationing has reduced motor-vehicle traffic to almost non-existent.

Around 11 o’clock I hear the first whistle, low and melodious — it’s a light engine drifting downgrade, blowing for the Route 72 crossing. I find my brother, Lobe, and we run up a block to Tom Loughry’s store. The engine has passed the station and reaches the switch for the wye just outside town. Shortly it backs toward the river and disappears. Then we hear a few soft chuffs and it approaches, running forward.

We quickly gather up some pop-bottle caps and place them on the rails, which run only a half dozen feet from where we sit. The engine slowly comes abreast of us and stops.

The sensory experience is almost overwhelming. The heat from the boiler and firebox washes over us, and the smell of hot grease and wet steam fill our noses. The valve gear mechanism moves, the rods clank, and with a soft chuff, the huge machine moves slowly back down the final leg of the wye. During the next hour, the spectacle is repeated three more times.

The engines are class H-9 Consolidations of the Western Maryland Railway, and they are gathered today to move a coal extra up the Blackwater Canyon to Thomas, W.Va.

As the 2-8-0s sit simmering in the morning sun, the crews stand together beside them, probably talking about the railroad company, the union, or the recent invasion in France. The only sounds are the banging of the compressors and the whine of the generators.

It is almost noon, and downriver a whistle sounds for the crossing in Hambleton, announcing the arrival of the coal train. The road engine, another H-9, eases up to the water tank, and while it drinks its fill, one of the helpers backs down and couples up. The train of 50 or 60 hoppers is then cut in the middle; the two engines up front pull the first half of the train ahead, past the station, Harvey’s store, and over Route 72. The road will be blocked for the better part of an hour.

Two more helpers now back down past the water tank and couple to the remaining train. Two whistle blasts signify they are coming, and they join the front half just past the station where Lobe and I are now positioned. There’s more whistling, and the train moves slowly ahead to allow the final helper to be coupled between the last coal car and yet another H-9 and the caboose.

It is now around 1 o’clock and our mother is certainly wondering where we are, but the best part is just about to begin. One of the engines on the rear end whistles, and a few seconds later it is answered by two short blasts from upgrade. Suddenly the town of Hendricks explodes in a volcano of smoke and thunderous sound. Lobe and I are standing near the middle helpers, and we drink in the awe-inspiring experience. Slowly the wheels begin to turn. The smoke erupts from the stacks in distinct explosions, blasting straight up into the quickly darkening sky. For a few seconds the exhaust beats are synchronized, but then become ragged as some of the drivers slip. The entire train is now on the grade, and progress is slow. It takes 15 minutes for the sounds to fade. The smoke lingers a lot longer. Today I can almost still smell it. I may have been only 7, but I remember it like it was yesterday, and it was repeated two or three times a week during that summer.

Today Blackwater Canyon is quiet. The rails are gone, and nature is reclaiming the roadbed. I believe that if time is a river, somewhere the canyon is still filled with soft coal smoke and resounds with pounding exhausts. I yearn to travel back and live it again.

9 thoughts on “Bound for Blackwater Canyon”