Over the decades, a disappointing photo has become a treasure 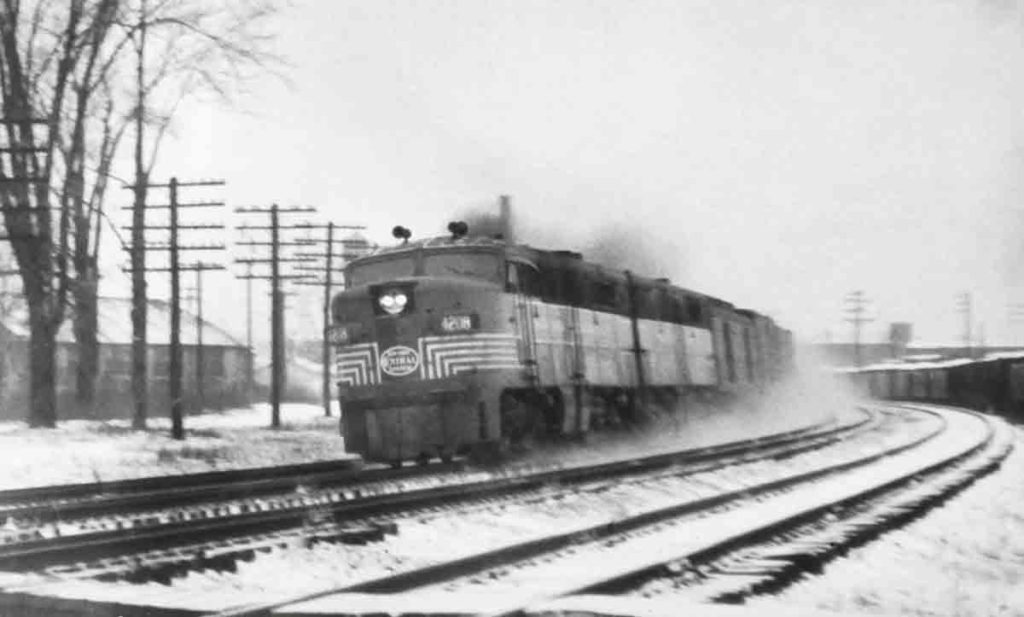 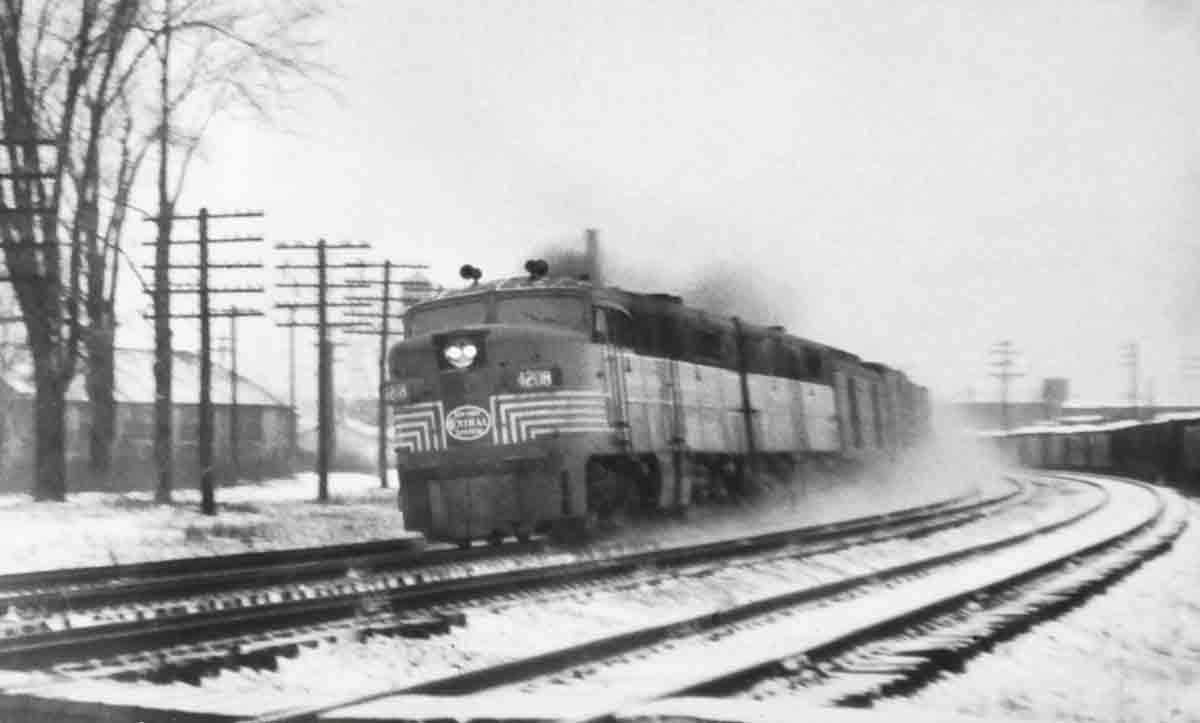 Not a Berkshire, but not bad: New York Central PA diesel No. 4208 and an unidentified PB hurry through Willoughby, Ohio, on Dec. 19, 1954.
J. W. Swanberg
I grew up in Connecticut, but my parents came from Minnesota, so all our relatives were there. Dad drove us to the Twin Cities at least once a year to see them, and the journey took four days on the two-lane roads of those pre-Interstate times. We went right through most of the towns and cities along the way, and we stayed in local tourist homes or small motels. Progress was slow at times, but we really saw a “slice of life” in the America of a different era.

In 1954 we drove to Minnesota to spend Christmas with my grandparents in their log house on the shore of Lake Superior. I had recently turned 15, and I was already a confirmed railfan — although not a very knowledgeable one. Before we left home, I made notes from my dad’s old atlas (which showed railroad lines in every state), so when we stayed overnight along the way in a tourist home in Willoughby, Ohio, I knew the two nearby rail lines must be the New York Central and the Nickel Plate Road. I didn’t know which was which, but I heard steam trains during the night.

Next morning I was up before first light, tramping through the snow and hoping to see some steam action. The street crossed both lines, which were perhaps an eighth of a mile apart. The first line had “NYC&StL” stenciled on its crossbuck supports. Not knowing that the Nickel Plate’s real name was “New York, Chicago & St. Louis,” I assumed the initials meant “New York Central.”

I knew the Central was mostly diesel, whereas the Nickel Plate was mostly steam, so I continued to the next crossing, figuring it must be the Nickel Plate (its crossbucks bore no initials). I hoped I would be lucky enough to see an NKP steam train during the hour or so that I had before it was time to return to my parents when they were ready to continue our drive.

But it was not to be. Much to my disappointment, I heard a diesel coming, and soon an Alco PA-powered New York Central passenger train sped by. Then, I almost immediately heard a fast-moving steam train approaching, but it was an NKP train, so of course it traversed the “NYC&StL” line, which I could not get to in time for a decent photo. The NKP was single track, so I knew nothing else would appear for some time. I returned in defeat to my parents’ waiting auto.

Now, 58 years later, I’m thankful for my 1954 mistake. NKP steam lasted a few more years after that, and I was able to see and photograph it during a 1956 family Minnesota trip. My 1954 Willoughby diesel photo was the only action shot I ever got of an NYC PA in the lead. The PAs were not well thought of on the NYC, which had only nine cabs and five boosters (plus six cabs on subsidiary P&LE); they were soon relegated to trailing-unit status and were all retired by 1965.

When I was in naval aviation, we had a saying: “I’d rather be lucky than good.” I was indeed lucky to survive my flights over Vietnam in the 1960s, and I was also lucky to capture an elusive New York Central PA on a wintry Ohio morning in 1954.