Home / Railroad Stories: The Way It Was / “Most dangerous task I ever performed”

Tight quarters inside an Alco switcher 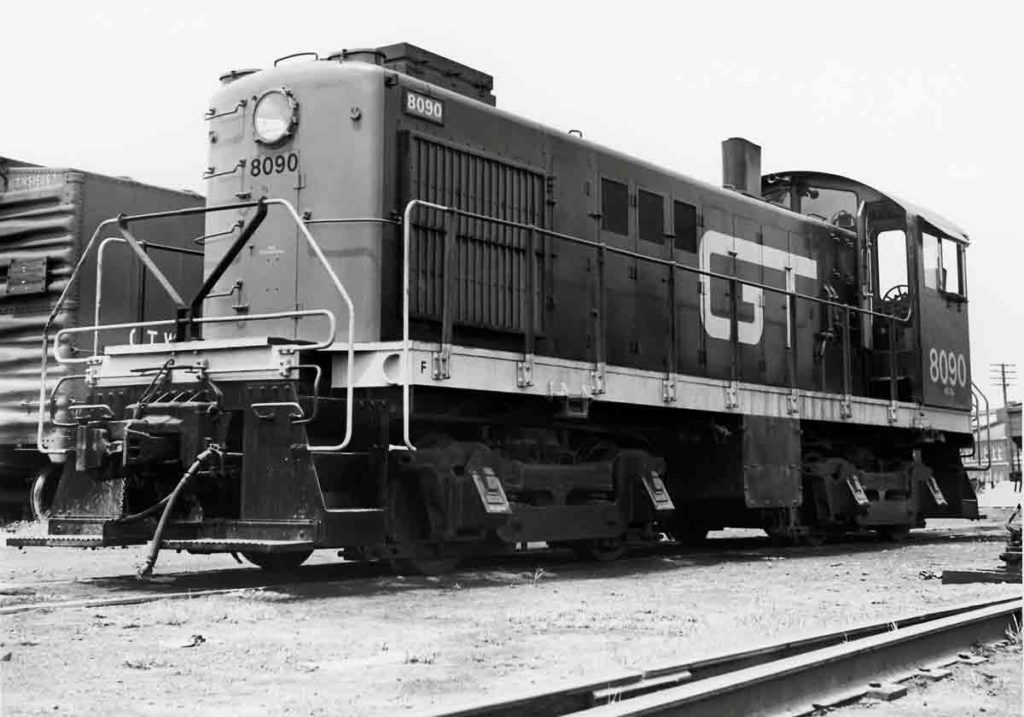 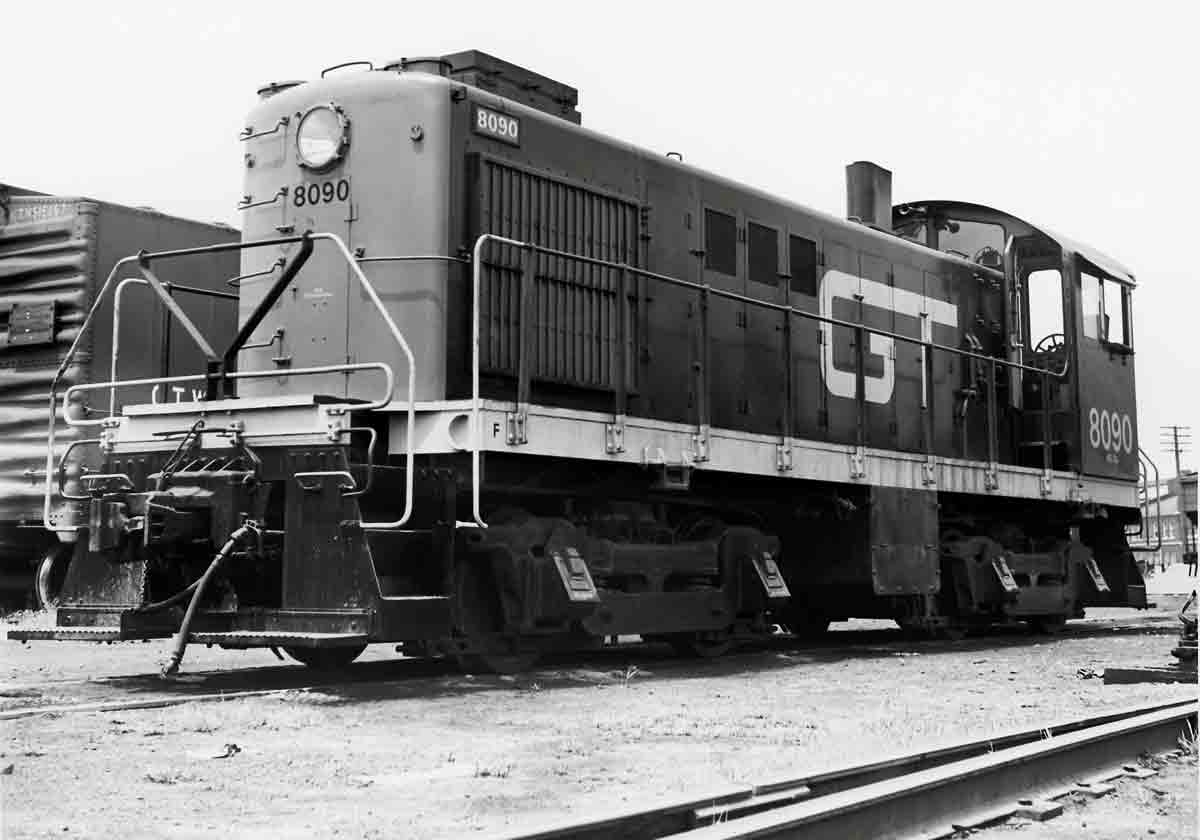 The little door below the headlight on an Alco switcher like Grand Trunk Western S4 No. 8090 led to a veritable chamber of horrors for a young roundhouse worker.
J. David Ingles
I know there are many dangerous occupations. My wife’s ancestors were coal miners in Pennsylvania after coming to America, having mined coal in Wales. I know that construction and farming are two of the most dangerous civilian occupations. But when I was just an 18-year-old kid, newly hired on the Grand Trunk Western, I had to perform a truly hazardous task — several times!

My first railroad job was as a laborer in GTW’s roundhouse in Pontiac, Mich. The time was summer 1967, and Pontiac performed the annual and bi-annual tests on all of the Trunk’s locally assigned switchers.

I had an uncle who was a shop foreman on the Erie in Jersey City, N.J., and I vividly recall his stories of climbing into a steam locomotive’s firebox shortly after dropping the fire. I cannot comprehend that! But diesels carried risks of their own, as I found out.

One day while I was steam-cleaning the trucks and underbody of an Alco S2 or S4 switcher, the afternoon foreman, Al Freeman, came to me and said, “Don’t forget to clean the fan room on that engine.”

Al replied, “Open that door on the front of the engine, take your steam cleaner in there, and clean all the grease and dirt out of the inside. The engine has to be running, so keep your head down!”

What!? “Keep your head down,” I repeated to myself. Inside the fan room was, of course, a fan, which would be whirring away just inches above my head.

I proceeded very cautiously. I climbed up the steep steps onto the Alco’s front platform. The engine seemed to be running much louder than I’d ever noticed before. I carefully opened the door on the front of the hood, which led to a dark little chamber and another door. Gingerly I opened the second door. It was low, something under 5 feet high; I stand 6-foot-1. I hunched way down, almost into a crouch, and opened the door a little wider. The blast of air was unbelievable! Daylight beamed through the grid above the whirling fan. The fan itself had enormous paddles, gear-driven directly off a shaft from the front of the diesel engine, and just cleared that inner door by mere inches.

Slowly I pushed the door wide open and peered around. The front and back walls were encased in dirt and grease, while on each side were banks of exposed radiator cores. I examined everything very tentatively, taking notice of all clearances.

When I was satisfied that I might be able to accomplish this mission, I backed out of the confined space, still in a crouch. Carefully I climbed down off the front of the locomotive and retrieved the steam-cleaning gun.

The steam cleaner itself was a long piece of pipe, tapered at the end to a nozzle, and wrapped with asbestos tape. Even so, it got hot as hell! The steam was piped from another locomotive’s steam generator to an old steam locomotive injector, where a mixture of water and Oakite penetrant was siphoned out of a 55-gallon drum, mixed with the raw steam, and forced through that gun at an unbelievably high pressure.

In addition to my bib overalls, I wore a pair of the heaviest rubber gloves you have ever seen. These enabled me to hold the steam-cleaning gun. Carefully I uncoiled the heavy 1.5-inch black hose and made sure I would have enough length to enter the fan room without having to obtain additional hose or snagging it on anything. I was determined I was only going in there one more time, and when I came out, that would be it!

Carefully I draped the spewing steam gun on top of the front platform and made one more check that I would have sufficient hose. Assuming my crouch position, I again entered the fan room. The space filled with steam and water vapor in a matter of seconds. All I could taste was Oakite, and my eyes watered from the exposure. I knew I had to do this as quickly as possible! As I began to spray down the walls, it dawned on me that should the steam gun get too high, I would probably fill the room with shrapnel! Keeping my head low, I washed the crud onto the floor and into a drain designed to remove rain and snow. The job took about 10 minutes, then I carefully and deliberately backed out of the confined space. My clothes were soaked. I was covered in sweat and mud. Remember, this was July or August — imagine doing this in January! I could not wait for this day to be over.

During the remainder of my stint in the roundhouse, I performed this task four or five more times — always leery, always scared, always respectful. I was thankful to enter train service the next year and face dangers of a different sort.

I’m still a locomotive engineer for GTW successor Canadian National. Looking back, I am still not convinced the extremely dangerous task of cleaning a switcher’s fan room was truly necessary. I cannot imagine that this chore would even be permitted to be performed in this manner today. The experience sure gave me a greater appreciation of what my forebears had to endure, and furthered my desire to strive for more education.

7 thoughts on ““Most dangerous task I ever performed””