Home / Railroad Stories: The Way It Was / Beyond the training program

An N&W management trainee gets his wish: railroading for real 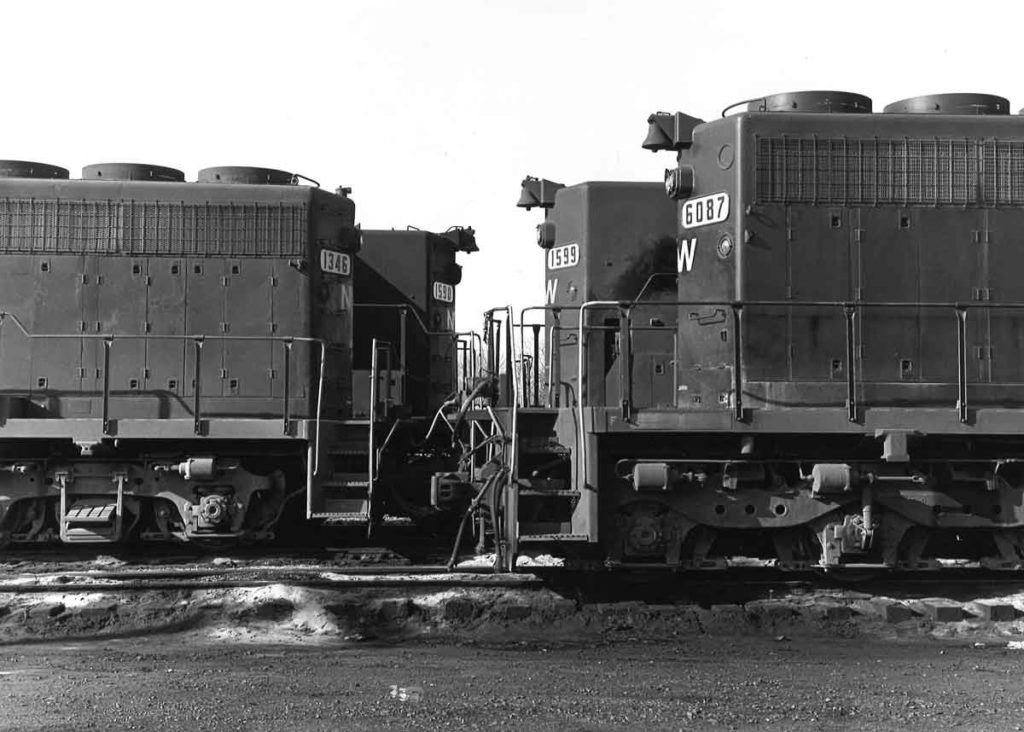 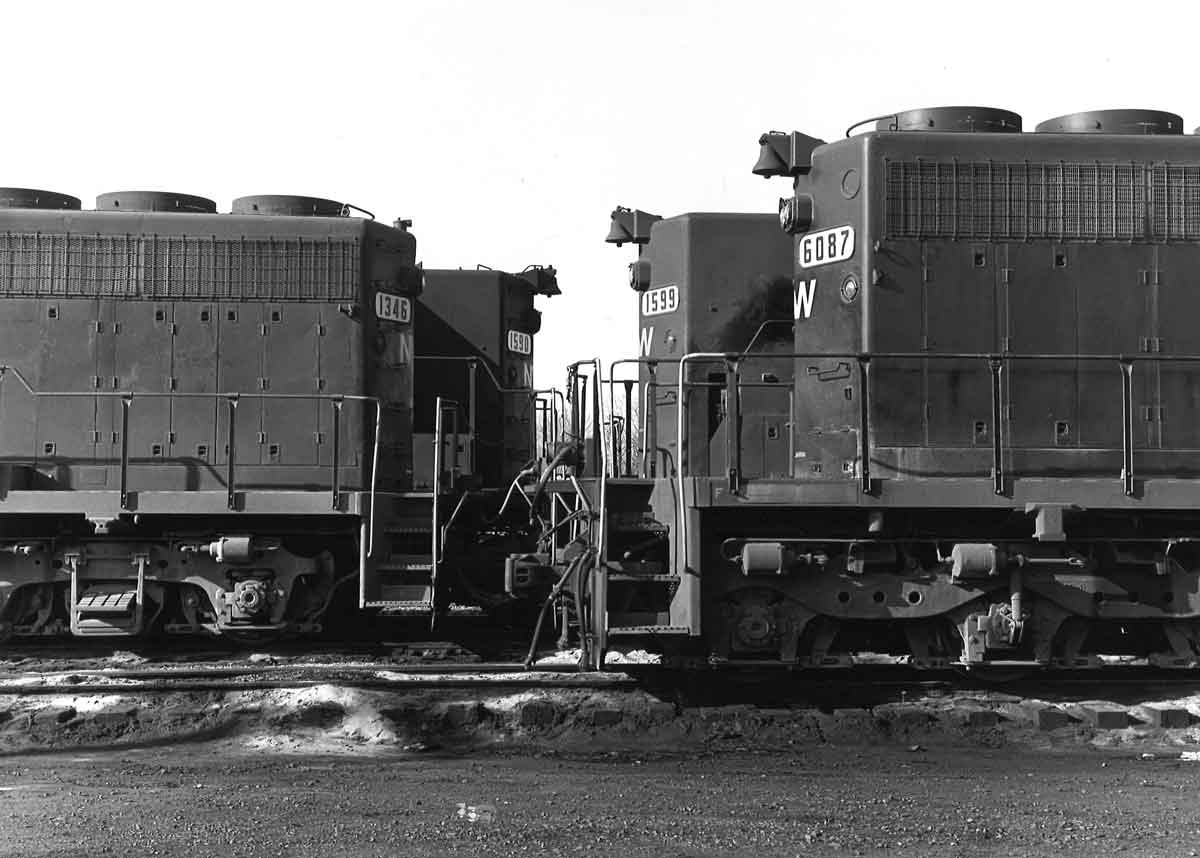 N&W four- and six-motor EMDs rest at Crewe, Va., in 1981, three years after author Siik became acquainted with similar units during a strike on former Nickel Plate lines in Ohio.
Curt Tillotson Jr.
It happened nearly four decades ago, but still fresh are my memories of following the ghosts of 2-8-4 Berkshires and Bluebird PA’s on the former Nickel Plate Road Buffalo–Chicago main line. It was never planned to happen that way, but thanks to the eccentricities of U.S. railroad labor laws, I spent my summer of 1978 like no other.

July started for me as a Norfolk & Western Railway management trainee performing construction inspection on a coal-mine branch being built in far western Virginia. Although a long way from my native upper Michigan, I was employing my new civil engineering degree toward expected ends. However, on July 10, the first topic of discussion when my three fellow inspectors picked me up in Richlands for our carpool over the mountain to Vansant was that back in Bluefield, W.Va., the company’s clerks had gone out on strike. Interesting, we thought, but not relevant to our work. The strike would be over within a week, as they all were.

One week slipped into two, and then three. The occasional train passing through Richlands on the Clinch Valley District was capped by a red flag instead of a caboose, but otherwise the strike showed little to me. I knew that people from the Roanoke engineering department were now scattered between Kansas City and Norfolk doing activities definitely not in their job descriptions, but our construction continued unaffected. I started to feel I was missing the “show.” Finally, I got the call. Roanoke had decided that my none-too-strenuous inspection job did not require a 23-year-old in good health. I was told to fly to Buffalo the next day, August 7.

Acquired by N&W in its 1964 absorption of the NKP, Buffalo’s Bison Yard was then a joint operation between N&W and Conrail, with an N&W superintendent and Conrail maintenance responsibility. The mostly unionized Conrail maintenance force would not cross the N&W picket lines. To compensate, the N&W had earlier shipped up from Roanoke a former division engineer named Harry, who in turn had hired a small crew from a local contractor. I was to be Harry’s assistant.

Maintenance at Bison in the strike context actually meant fixing the track from the previous day’s mishaps. The quickly trained N&W management crews switching the yard worked safely, but overturned rails and sprung switches were still common. Soon, swinging a spike maul came naturally to me. The upstate New York summer weather was idyllic and life wasn’t bad. But the folks back in Roanoke were not happy with N&W having to do Conrail’s work, so one morning, with the strike approaching its 60th day, a group of Conrail management trainees materialized at Bison. None of them seemed overjoyed with becoming part of a glorified section gang, but no matter; I was out of there.

My new assignment was at Bellevue, Ohio, the hump-yard heart of N&W’s ex-Nickel Plate lines. Now I was one of those management yard crews, learning Bellevue’s veins. Two cars, one car, that’ll do — the new work came easily, but I still felt I was missing out as I saw former co-workers leaving town on big black diesels. The yard jobs had somewhat regular hours, but I wanted the high iron. Soon my wishes hit the right ears and I found myself the “conductor” on freight BC-1 heading for Chicago one morning.

My engineer, Lanny, was a mechanical department manager who knew how to handle our SD40-GP9-SD35 consist, so all I mostly had to do was enjoy the view. On reaching East Wayne Yard near Fort Wayne, Lanny told me to grab our orders. I looked out and saw someone standing next to the track with a hoop. I had never even seen it done before, but I reached out and snared them like an old-time boomer. I was in the big show at last.

Our return trip on CB-12 was more eventful. In Hammond, Ind., we went into emergency and Lanny told me to go back and take a look. I didn’t have a radio and not much of an idea of how to fix whatever I might find, but off I trudged. Luckily it was daylight. As I hiked back, I passed several crossings where motorists were becoming agitated. Finally at the rear car, a mile from the engines, I came across something even I should be able to manage: separated air hoses. I closed the angle cock at the rear of the next car forward and then tried to couple the hoses. No go — with the slack stretched I could not get them to mate. Then, as I was trying again, I heard the train start moving. Not wanting to be left in Hammond, I grabbed onto the last car and wondered what the heck Lanny was doing. A few miles later we stopped and I trekked up to the engines. Lanny explained that he had decided to move out as soon as the air pressure came up to get away from the crossings, expecting that I would at least be smart enough to hop on. We soon met a westbound whose crew fixed us up to continue to Bellevue.

The rest of my trips were east of Bellevue, mostly with Wes, a safety department manager who had once been a real engineer and road foreman and who was full of Nickel Plate stories. My workplace became the Lake Erie Division’s rolling countryside with glimpses of its namesake lake, Cleveland with its parallel rapid-transit line, suburban Lakewood with its 27 grade crossings, and Erie with its street-running. Trips to Buffalo and turns to places like Lorain, Cleveland, and Conneaut showed that the region’s heavy industries had not yet fully rusted away. On one trip while waiting for a meet, my engineer and I might have even contributed to a new generation of railfans, based on the excited reaction of a young boy as we climbed off the engine and walked to a nearby Dairy Queen.

Toward the end of September, the weather began turning frosty and even I started longing for normalcy, especially for regular sleep hours. Legal and political maneuvering finally resulted in a congressionally imposed end to the strike on September 30. Around 11 p.m. on the 29th, Wes and I found ourselves waiting an unusually long time for no apparent reason to get a clear signal from Conrail at Buffalo Junction before heading west. By the time we got to Bellevue, it was daylight and the union crews were back to work, and there was a bus waiting to take me to the Cleveland airport.

The Norfolk & Western later commissioned a book describing what its people did and the productivity gains it realized during the strike. Ironically, a strike over clerical staffing disagreements ended up helping to prove that railroads could operate overall with many fewer people. My continuing railroad career is still intrinsically interesting, but nothing has yet matched the summer of ’78.

4 thoughts on “Beyond the training program”