Home / Railroad Stories: The Way It Was / An aggravating situation, with a 1940s solution

A Santa Fe engineer ‘blows off’ some tormenting trackside kids 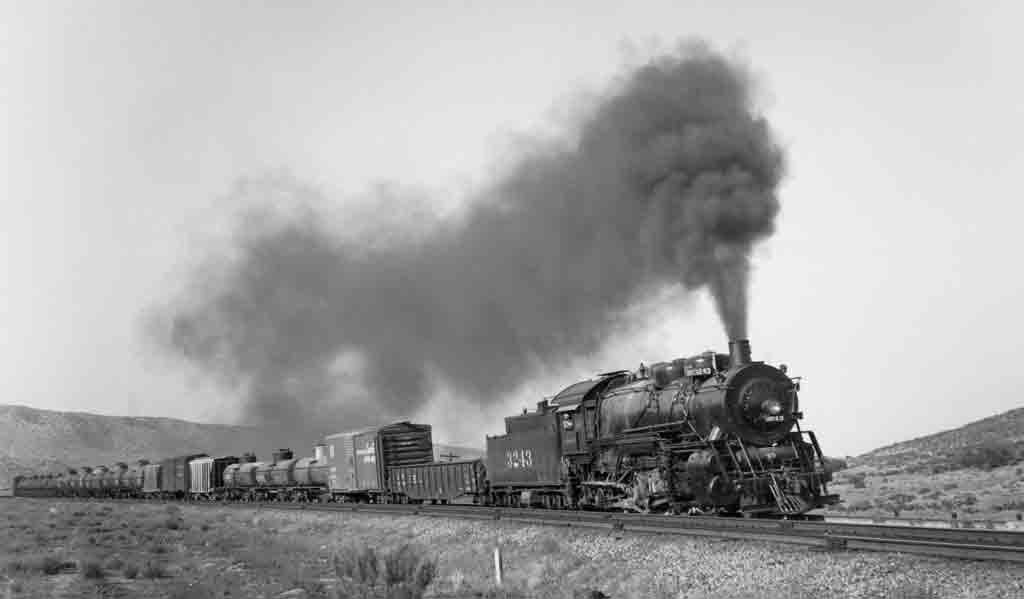 Santa Fe 2-8-2 3243 climbs west toward Summit, Calif., in 1952.
Chard Walker
In the early 1940s, when steam locomotives were supreme, I worked on the Santa Fe around Los Angeles. At Redondo Junction, today the north end of the “Alameda Corridor” to the L.A. and Long Beach harbor facilities, Santa Fe’s Harbor Branch left the main and went south through the South Los Angeles industrial district and down along Slauson Avenue, crossing Slauson at a siding called Wildasin. The line then proceeded up Inglewood hill, which was about 2 miles long with a 1 percent grade. Most harbor trains had heavy tonnage, and you had to work the engines at maximum to get over the hill.

Bill Holderman, an “old-timer” engineer who was affectionately called “Old Wooden Shoe,” was a Dutchman to the core. His usual assignment was the El Segundo Turn that left Los Angeles about 1 p.m. every day. The trains were always heavy, and a small 3100-class 2-8-2 was the regular power; Bill struggled up the hill every day. About a quarter mile from the top was an elementary school whose playground was right along the track. Every day, as Bill’s train was barely moving, it would be the target of rocks and anything else the kids could find to throw, as well as anything they could place on the track. Bill endured this for some time, but when he’d show his displeasure, it would only make his tormenters more aggressive.

One day I was on a northbound train on the siding at the top of the hill, waiting for Bill to go by so we could proceed to Los Angeles. Now, all steam locomotives had steam blowoff cocks on each side of the engine, just below the mud ring of the firebox. The cocks were used periodically to flush the foam and impurities from the boiler.

On this day, I guess Bill had had enough harassment from the kids, because as I watched, when his engine got to the playground, he opened the side blowoff cock, and water and steam at 200 lbs. pressure shot out toward the schoolyard. A mass exodus from the area then ensued, as steam, water, and dust were flying everywhere. Bill held the cock open for just a second or two, but it was enough—he never had trouble there anymore, nor do I think any of those kids soon forgot their encounter with “Old Wooden Shoe.”

This took place more than a half century ago, and I shudder to think what the kids’ response would be in this day and age. Today, the lawyers would have been at the railroad’s office before Bill finished his trip. There were no reported injuries that we ever heard of, since steam cooled immediately upon leaving the blowoff cocks and the open time was minimal.

Bill Holderman was a steam engineer to the core. When diesel locomotives were introduced, he decided to retire. “Old Wooden Shoe” said he just didn’t trust those new, steamless machines.

2 thoughts on “An aggravating situation, with a 1940s solution”