Read this review from the March 2019 issue of Model Railroader 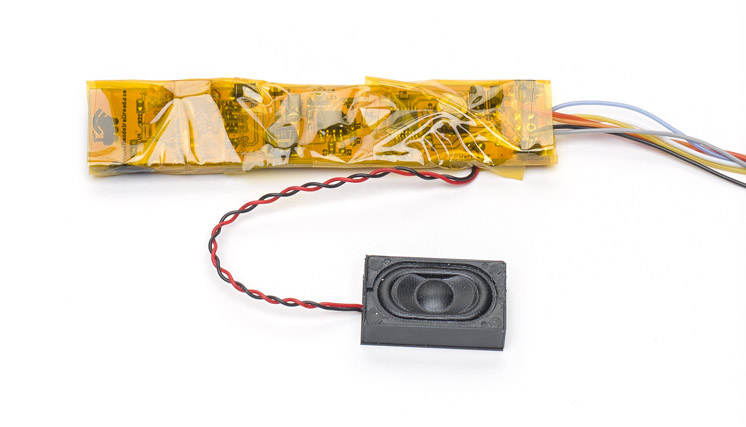 LocoFi board and pre-wired speaker 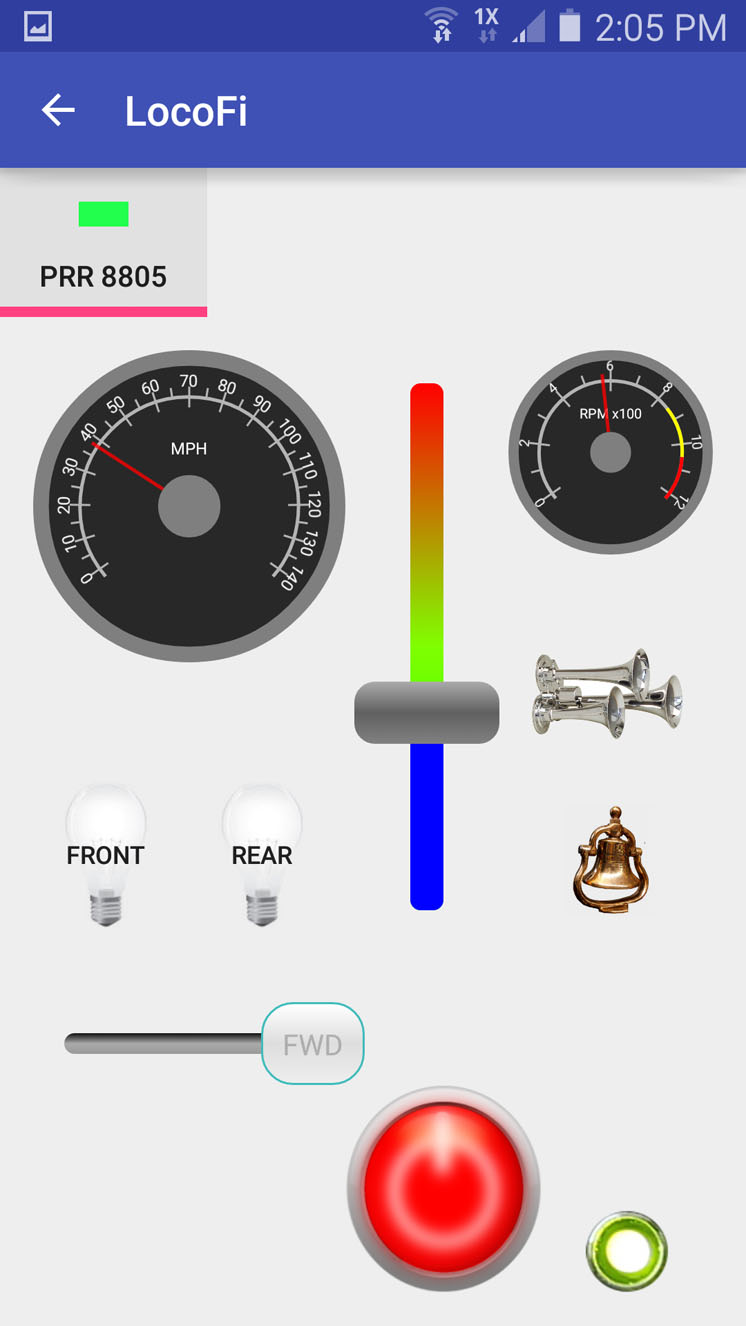 For those who don’t wish to convert a layout to Digital Command Control (DCC), LocoFi by WiFi Model Railroad provides an intriguing option for independent locomotive control as well as on-board sound. Unlike DCC, LocoFi doesn’t require additional layout components such as command stations, boosters, or conventional throttles. It also doesn’t require a computer. Instead, each locomotive is equipped with a LocoFi decoder that transmits a unique WiFi signal. Operators then use a virtual throttle on their smartphones or tablets to run trains.

Installing the board is comparable to installing a wired board-replacement DCC decoder. Some proficiency with soldering is required.

I installed the decoder and speaker into the long hood of a Bachmann HO scale GP7, and it was a tight fit. For some installations, chassis modifications or removing a weight would be necessary.

The board features 3.3V lighting outputs with built-in resistors, which simplified wiring light-emitting diodes (LEDs) for the locomotive headlights. There’s also an onboard capacitor to keep the lights and sound steady over dirty or uneven track.

LocoFi can operate on track voltages from 9V to 24V and can be used on existing DC or DCC layouts. I ran our LocoFi-equipped Geep on a DC test track and our DCC-equipped HO scale staff layout, the Milwaukee, Racine & Troy.

An internet connection isn’t needed to run LocoFi-equipped locomotives, except to download the free LocoFi app. I easily downloaded the app onto my Android smartphone from the Google Play Store. An Apple iOS version should be available soon.

The throttle interface is intuitive, with independent controls for the front and rear headlight, bell, horn, throttle, and direction. There’s also a speedometer and Engine Start/Stop button. A recent update added an auto-reversing headlight option.

The LocoFi app also features so-called “haptic” control, where the phone or other device will vibrate with each throttle notch. This helped me more easily control the throttle without having to look at the screen.

The decoder has some built-in momentum and steady speed control. As on a real locomotive, I couldn’t change the direction until the engine came to a complete stop.

The decoder includes generic diesel engine, horn, and bell sounds loaded onto a microSD card. For those who wish to add prototype-specific sounds, it’s easy to download custom sound files onto the microSD card using a sound editor program such as Audacity, available at www.audacityteam.com. There’s a step-by-step guide for editing and downloading sound files to LocoFi on the WiFi Model Railroad website.

As of this writing there’s no ability to consist locomotives. However, this and many other features are in development. These features include support for battery-powered “dead rail” control, steam locomotive sounds, and additional function and layout control options. Any firmware updates can be easily added to an existing LocoFi decoder using the LocoFi app and a WiFi connection.

Other than changing a locomotive’s name, there’s no other programming required for this system. However, there are plans to add a graphic interface to the app that will allow some performance customization.

This early release shows the potential that LocoFi holds for becoming an alternative to DCC. I look forward to further refinements to this technology from WiFi Model Railroad.