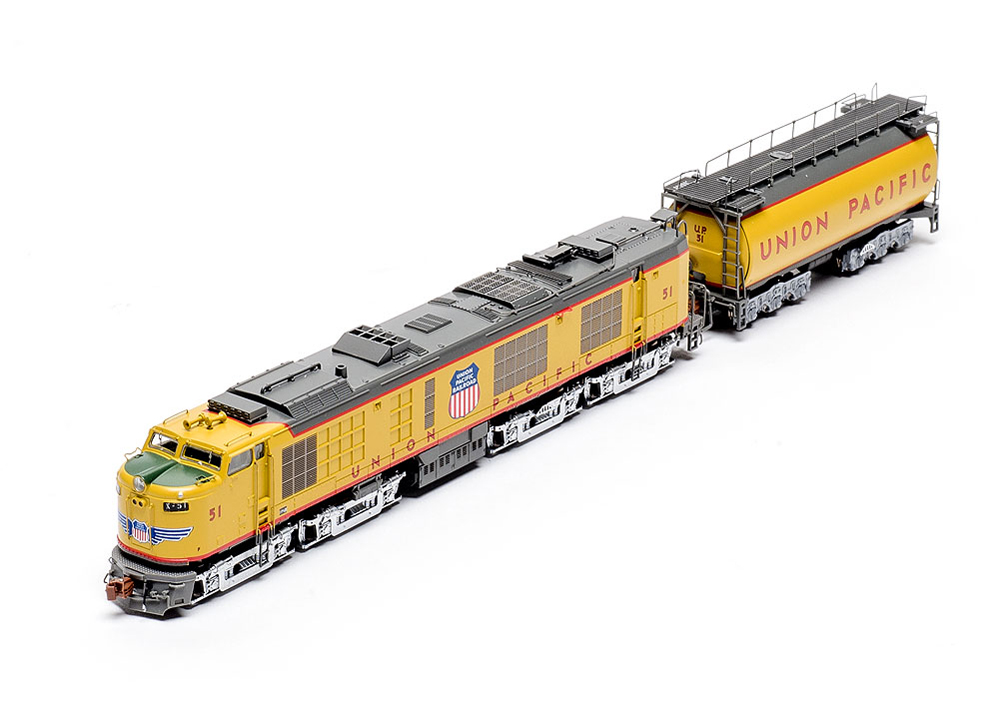 You can’t really melt any bridges with this model, but the full-sized UP turbines were known for the huge amounts of heat that emanated from their roof-top turbine exhaust stacks.

Union Pacific purchased 56 gas-turbine-electric locomotives from General Electric starting in 1948. The units, built up to 1954, developed 4,500hp. The more powerful “Big Blows” generated 8,500hp, with the last built in 1961.

The locomotives burned cheap Bunker C oil, which was pretty close to tar. To keep it flowing in the cold, it had to be heated before going into the turbines. Up through the 1960s, the fuel was so cheap, the relative inefficiency of turbine power in a railroad locomotive wasn’t a factor.

Turbine engines are most efficient at full speed, so the UP’s wide-open Western lines across Wyoming and Utah, where they could run flat out across long distances, were the natural stomping grounds for these monsters. By the late 1960s, new markets for Bunker C, such as plastics, sent the price of the fuel up enough the locomotives were no longer economical to operate. Two of the newest turbines, no. 18 and no. 26, have been preserved. Running gear from the nos. 51 to 75 were reused on GE’s diesel electric U50C locomotives for Union Pacific.

Our sample from ScaleTrains.com is from the second group of locomotives and is numbered 51, the first production unit after prototype no. 50. The locomotive is sharply painted in UP Armour Yellow and Harbor Mist Gray. Color separations are sharp and clean, and the paint is smooth and opaque. As a Rivet Counter line model, the gas-turbine features separately applied grab irons and piping as well as photo-etched metal screens and grills. The turbine exhaust stack is finely molded, and the model features knuckle couplers front and rear.

All 16 wheels pick up electricity from the rails, but only the outer trucks have gear towers to transfer power from the mid-mounted motor. Our model came with an Electronic Solutions Ulm (ESU) LokSound 5 Mini DCC dual-mode decoder.

A few of the functions that control the sounds have moved around. Function 0 (F0), F1, and F2 are the headlight, bell, and horn, respectively, and F8 will start the diesel engine sounds – wait, what? Yes, these gas turbines had diesel engines to move them around yards and maintenance facilities instead of firing up the thirsty turbines for low-speed jaunts. The turbine fires up by pressing another function button. You get the whole startup sequence, and the small speakers in the model produce excellent sound with good volume. There’s also a Mars light and an Undesired Emergency (UDE) light. (Are any emergencies desired?)

ScaleTrains.com has produced a fine model of an impressive locomotive. It’s finely detailed with lots of separately applied parts, and the sound and lighting package push it over the top. Whether you’re a fan of the Union Pacific or of beautiful models, this is surely one worth checking out. 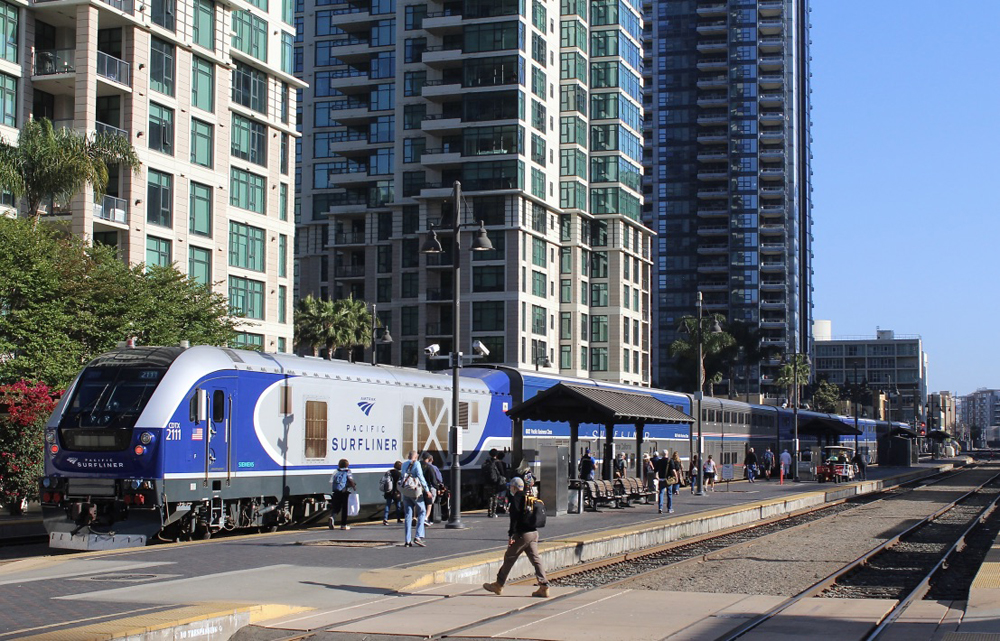