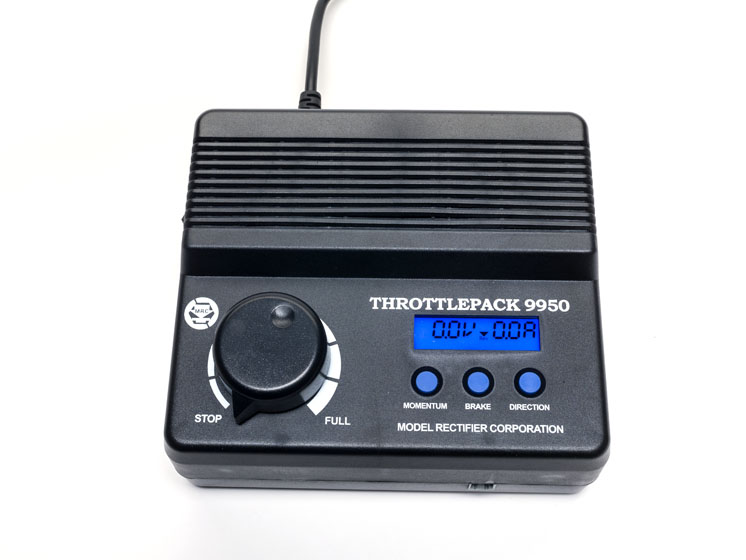 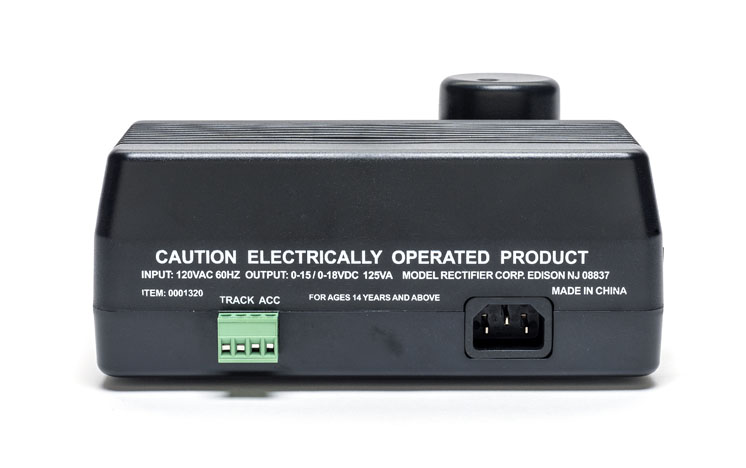 The green plug on the back of the cabinet features terminals for track power and accessories.

Setup. The rocker switch on the left side of the cabinet is the main on/off switch. A scale/gauge slide switch on the bottom changes the controller’s voltage output. When the switch is in the forward position it’s set for O and G scales (18V DC output). To change it to N and HO scales (15V DC output), slide the switch toward the back of the cabinet. Turn the device off before changing the switch’s position.

Setting up the Throttlepack 9950 is straightforward. Insert the green four-terminal plug into the receptacle on the back of the cabinet. Two of the terminals are variable direct current (DC) for track power. The other two terminals are accessory DC terminals. The accessory terminals are polarity sensitive, with left negative and right positive.

Once the wires are connected to the track and/or accessory terminals, attach the wall cord to the back of the power pack and plug the opposite end into a wall outlet.

DC operation. When the power pack is turned on, the liquid-crystal display (LCD) screen illuminates. The screen shows voltage (power pack to track), current load in amps, locomotive direction, and momentum (on or off).

The throttle control knob on the left of the cabinet controls locomotive acceleration and deceleration. To change directions, bring the engine to a stop and press the Direction button.

The front of the cabinet has a jack for an optional DC handheld tethered throttle. The throttle (MRC no. 0001325) is sold separately.

The Brake button brings the engine to a slow stop. When the button is released, the locomotive will go back to the speed set on the throttle control.

When using the Throttlepack 9950 to run DCC sound-equipped locomotives, the decoder’s address must be set to 3. Engines with DCC sound decoders must be stopped before changing direction.

When the locomotive is in motion, the Momentum button turns the headlights on and off. On sound-equipped locomotives, the Brake button activates the horn or whistle and the Direction button rings the bell.

Two in one. The Model Rectifier Corp. Throttlepack 9950 is a two-in-one power pack for those who model in multiple scales. Though the box says it’s a DC high-power train controller, it’s more accurately described as a dual-mode controller. For those with a sizeable DC locomotive fleet who also want to run DCC sound-equipped engines but don’t want to buy two separate control systems, the Throttlepack 9950 is worth a look. 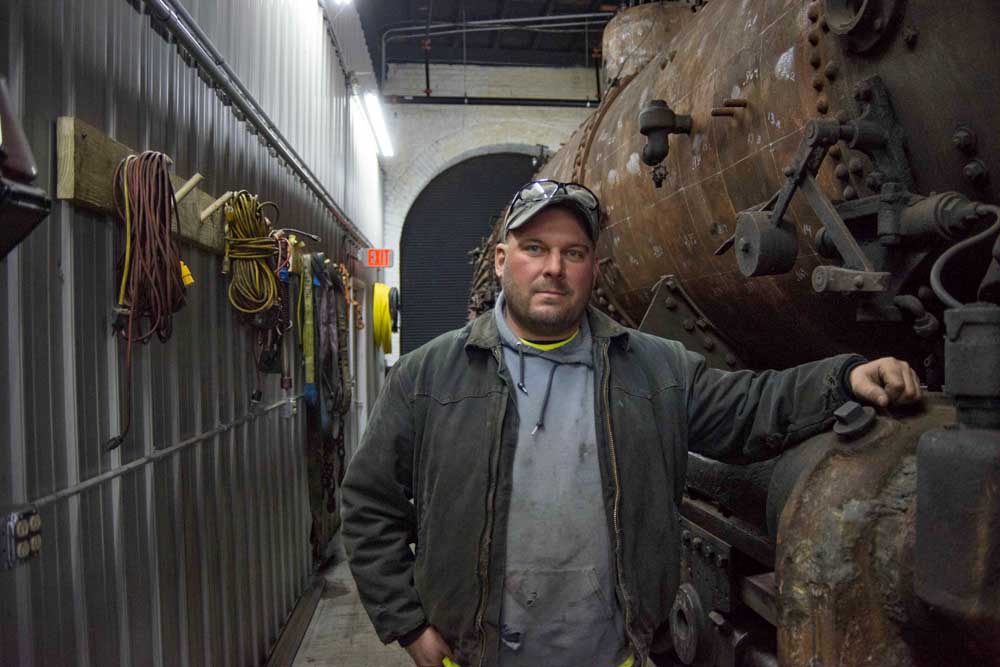 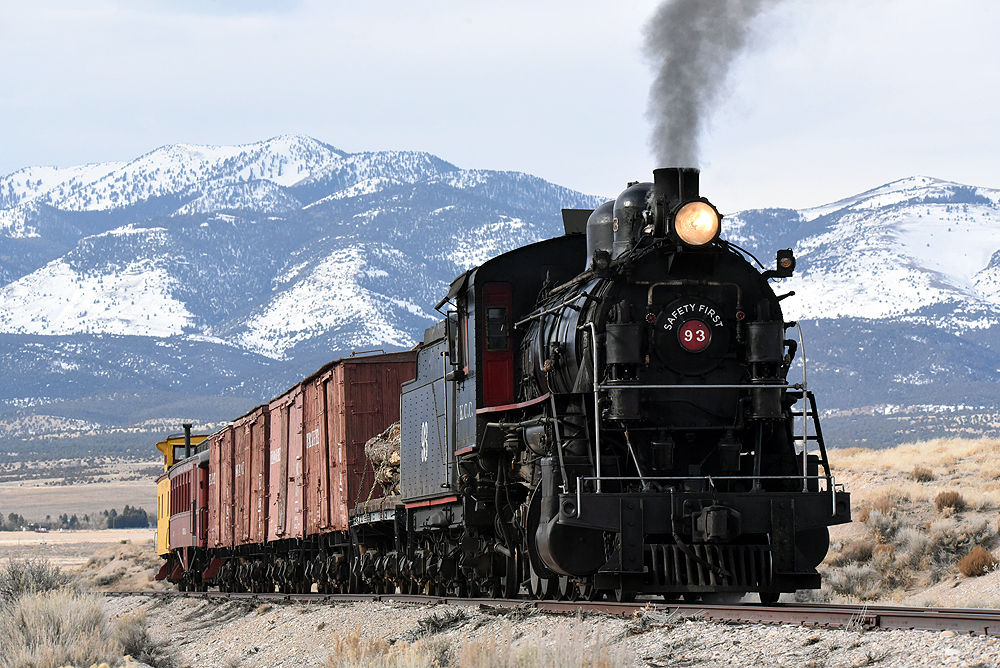 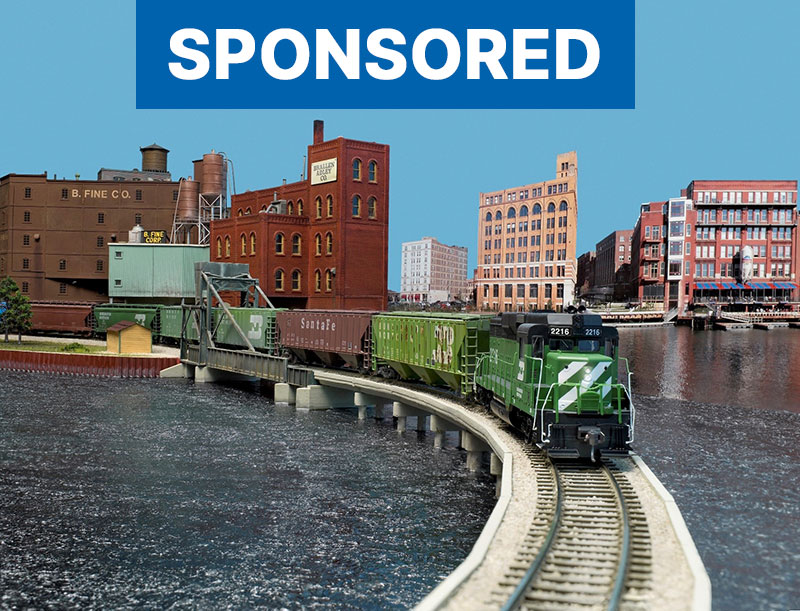