Read this review from the January 2018 Model Railroader

The Norfolk & Western Ry. Class J 4-8-4 was the last new steam locomotive built for passenger service in the United States. And the third-to-last passenger steam locomotive, no. 611, is still running, wowing steam fans old and young in excursion service.

Bachmann’s model of the 611 has been around for a while too, but like its prototype that was restored to steam in 2015, it’s back with a new SoundTraxx Sound Value dual-mode sound decoder.

The prototype. Norfolk & Western was well known for its loyalty to steam power long after other roads had converted to diesels. When the N&W needed new passenger power after World War II, it turned to its Roanoke Shops for three more Class J 4-8-4 locomotives.

All of the locomotives were equipped with Baker valve gear, and the second two batches had alligator crossheads instead of the multiple-bearing crossheads of the first five locomotives.

Norfolk & Western specified 70-inch drivers for its passenger locomotives, somewhat smaller than typical. But the N&W had a curving, hilly main line, so it needed a locomotive that could start a heavy passenger train on a grade, a curve, or both, and do so quickly. The smaller drivers worked well for N&W’s situation.

The Js soldiered on until the end of 1958, spending their last months pulling secondary passenger trains or freights. Graham Claytor, the president of the Appalachian Coal Co. and a friend of N&W President Stuart Saunders, convinced Saunders to donate the locomotive to a new railroad museum in Roanoke.

Claytor’s son Bob, who worked for N&W, eventually became CEO of N&W successor Norfolk Southern, and arranged the restoration of no. 611 to steam in 1982. The locomotive was an excursion star for 12 years, then went back into storage. In 2015, no. 611 was again making steam, and is now pulling excursion trains across the East.

The SoundTraxx Sound Value decoder and its speaker are housed in the tender. All 12 of the tender’s wheels pick up current. 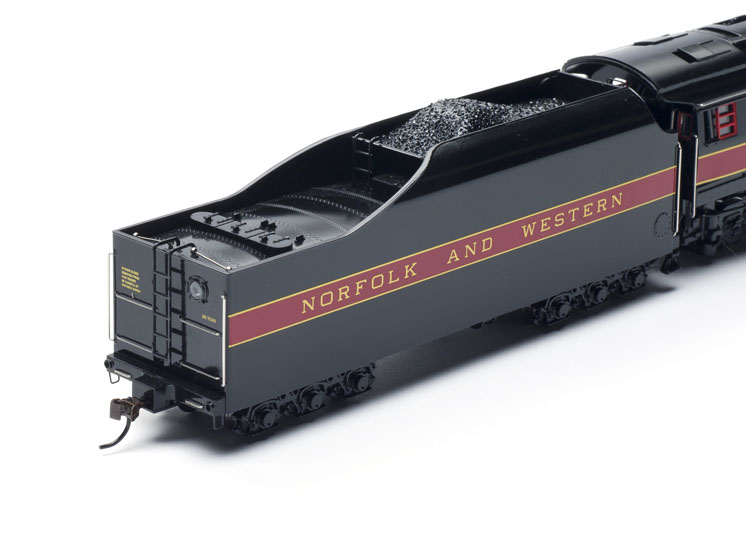 The model. Bachmann has offered N&W Class Js before. This model appears to be a re-release of the 2002 Spectrum model, reviewed in the April 2002 Model Railroader. The major upgrade is the SoundTraxx Sound Value dual-mode decoder mounted in the tender.

The boiler is a plastic casting mounted on a die-cast metal chassis. The pilot and trailing trucks are also die-cast metal. Separately applied details include the handrails along the locomotive’s running boards and grab irons on the locomotive and tender. All dimensions were within scale inches of drawings published in the Model Railroader Cyclopedia: Vol. 1, Steam Locomotives (Kalmbach Publishing, 1960).

The glossy black finish is smoothly applied, and the Tuscan Red striping with gold borders matches published drawings for width and placement.

Current photos of no. 611 show builder’s plates on the sides of the smokebox that are missing from the model, but in-service photos of Class Js in the 1950s show the locomotives didn’t have them then. Microscale’s HO Norfolk & Western steam locomotive decals, set 87-106, includes builder’s plates.

A die-cast metal weight, which cradles the can motor and its flywheel, is attached to the die-cast metal frame. The motor drives the second driver through a worm gear and gear tower. The other drivers are powered by the side rods. All drivers and tender wheels pick up current.

The metal running gear accurately models the prototype, including the alligator crossheads and tandem main rods.

On the test track. I tested the model on DCC using an NCE PowerCab. There is considerable lateral motion in the drivers to allow the locomotive to negotiate 22″ radius curves. There is also a corresponding looseness to the side rods, which on our model seemed to cause intermittent binding, especially when going around left-hand curves. Careful observation narrowed the problem down to the second driver on the fireman’s side.

On our DC test track, sound, lights, and motion started at 7.5 scale mph with 6.5V applied to the track. With practice I could throttle back the locomotive and bring it to a stop without losing sound. The top speed was 81 scale mph at 12V.

The Class J developed 3.68 ounces of drawbar pull, equivalent to 51 freight cars on straight and level track, or 17 passenger cars. During our hill climb test, the locomotive slipped a bit while it pulled a four-car passenger train up a 3 percent grade that includes a 36″ radius curve.

Sound and lights. User-triggered effects in DCC include long and short whistle blasts, a bell, and the headlight. The decoder was easy to program using configuration variables (CVs). I changed the locomotive address, added momentum, and adjusted the volume levels of individual sound effects. I could use CV116 to fine-tune the exhaust sound synchronization to four chuffs per wheel revolution. A full list of the programmable CVs supported by the Sound Value decoder is available on the Bachmann website.

On DC the exhaust sounds chuffed in sychronization with the drivers as I increased and decreased the throttle. When I quickly increased the voltage a grade-crossing whistle signal (two long blasts, a short blast, and a long blast) sounded. The headlight operated according to the direction of travel. 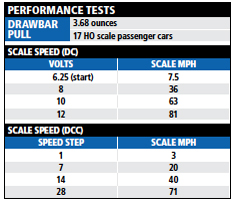 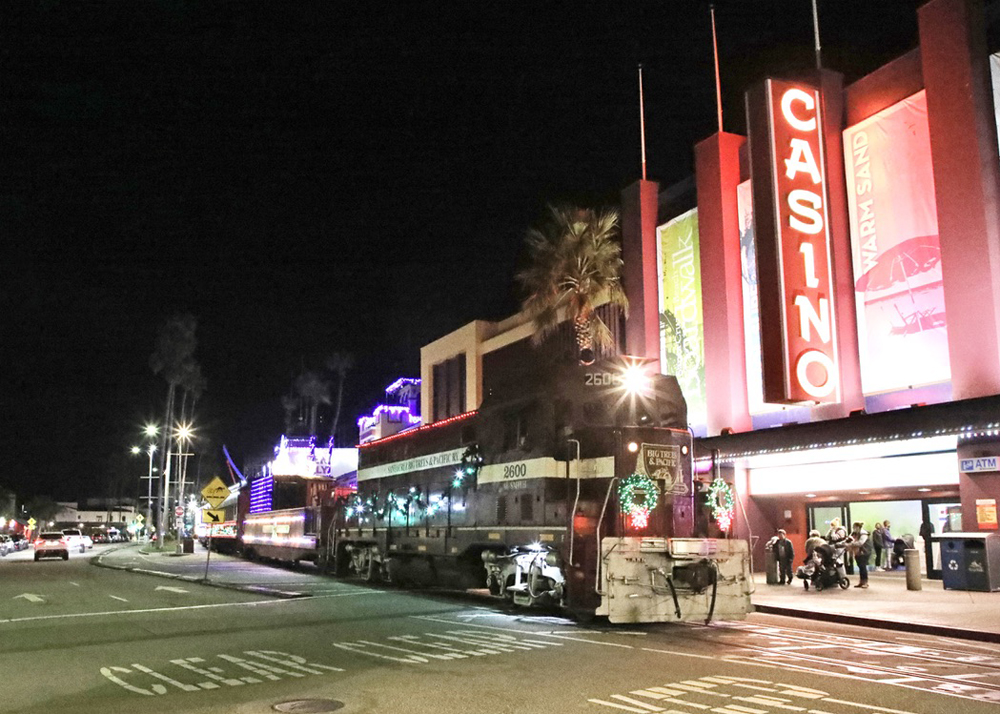 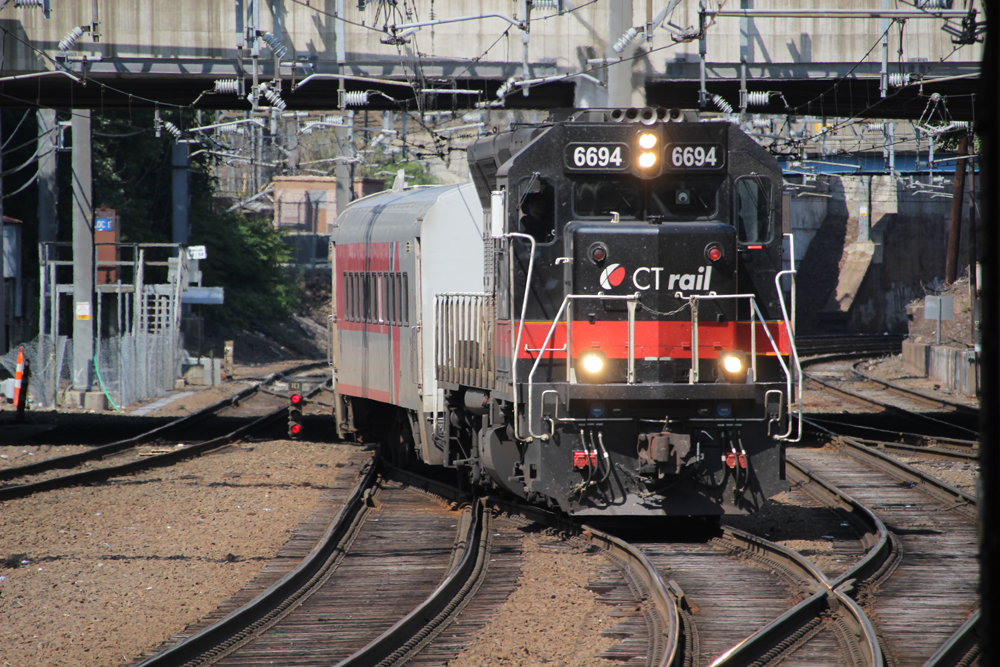 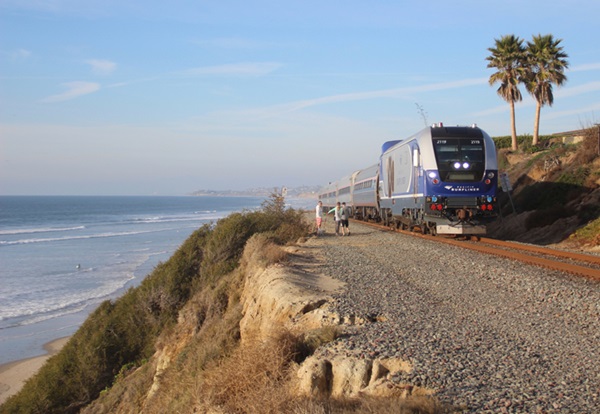