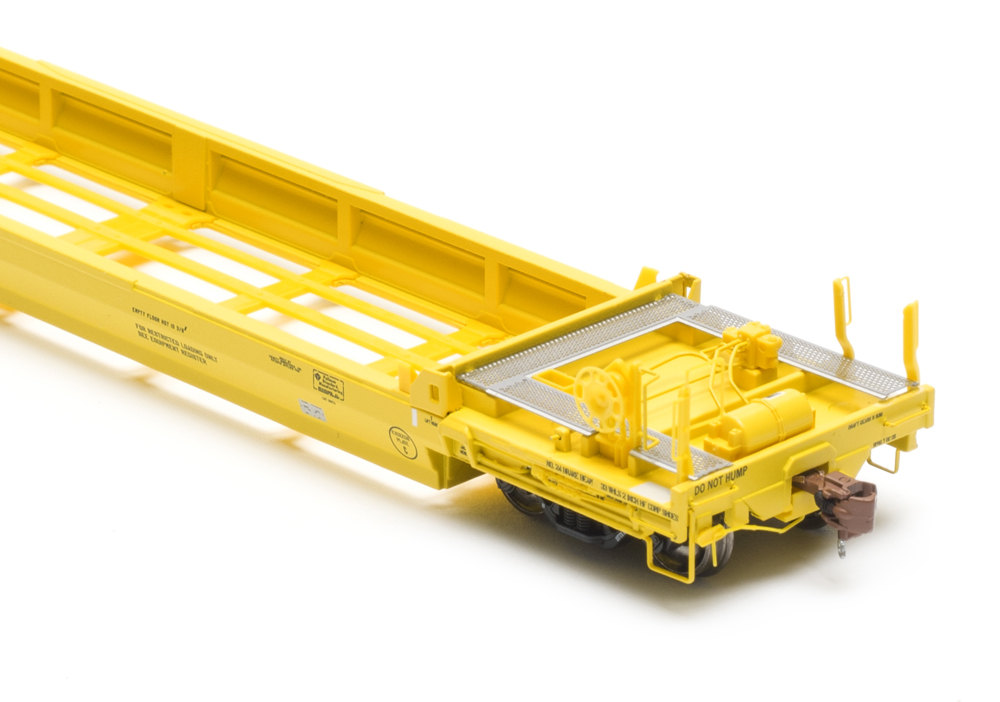 The prototype. Our sample, DTTX no. 64005, is decorated in Trailer Train’s as-delivered scheme. The full-size car, part of the 64005 through 64016 series, was built in May 1987 by Trinity Industries under lot 2107A at Pullman-Standard’s Bessemer, Ala., plant. A stencil on the A unit indicates the car is part of the RWG50A class. What does that mean? R = Trinity Industries, W = double-stack well car, G = M901G high-capacity friction draft gear, 50 = 100-ton articulated trucks, and A = all-purpose.

TTX phased out its fleet of 100-ton well cars throughout the 2010s. Three cars from the 64005 through 64016 series were still listed in the January 2018 Official Railway Equipment Register (ORER). The cars were no longer in
the ORER a year later.

The model. Each unit of the Backpacker has a die-cast metal body with a separate, plastic well floor; etched-metal roping eyes; see-through etched stainless steel end platforms; metal stirrup steps; and Celcon corner uprights and vertical grab irons. The plastic parts are molded in yellow but unpainted. The A, B, and D units have separate air reservoir, control valve, and related wire piping on the platform. The A and B units have wire grab irons on the side and end sills.

The E and C units have a plastic proportion valve and proportion valve pipe. The plastic brake wheel and brake stand, along with the painted wire brake stand grab iron, are on the B unit. The well car has two small plastic bags with matching sets of modeler-installed parts: a brake chain tensioner wheel, brake chain tensioner rod, and brake chain tensioner rod support for the B and C units, as well as inter-box connector pins and spare bearing caps. If the brake parts are added, the well car will require 26″ or greater radius curves. Out of the box, the car can handle 22″ radius curves.

Measuring up. For the most part, the paint was smooth and evenly applied. The paint was a bit thick on the male (D) and female (E) articulated couplings, causing the E unit to not seat properly.

Some minor sanding resolved the issue. The Backpacker has die-cast metal Type E lower-shelf couplers, which are mounted at the correct height. The couplers don’t have trip pins, so they won’t work with magnetic uncoupling ramps. The 33″ (ends) and 36″ (intermediate) metal wheelsets are correctly gauged. At 11.7 ounces, the car is 7.5 ounces too light per National Model Railroad Association Recommended Practice 20.1. Adding containers will help this. I compared the model’s dimensions to data published in the January 1990 ORER. The major dimensions closely follow published data. The distance over the pulling faces was a scale 1′-6″ too long. This is typical on models, as even scale couplers are slightly oversized.

On the rails. Then I took the car to our HO scale Milwaukee, Racine & Troy staff layout, which has 36″ minimum radius curves and nos. 4 through 6 turnouts. I ran the car, arranged in a B-C-D-E-A configuration, with seven other five-unit articulated well cars from other manufacturers. The ScaleTrains.com model navigated turnouts without incident while being pushed and pulled. The car stayed on the rails while being pushed up a curving 3 percent grade.

Designing a well car that’s accurate and functional isn’t an easy task, but ScaleTrains.com pulled it off on this Rivet Counter line model. A smart mix of plastic, etched-metal, and wire details enhance this container hauler, while the die-cast metal bodies make the car a solid performer. Though the Backpackers are sold out at the manufacturer, you can still find them through ScaleTrains.com retailers. 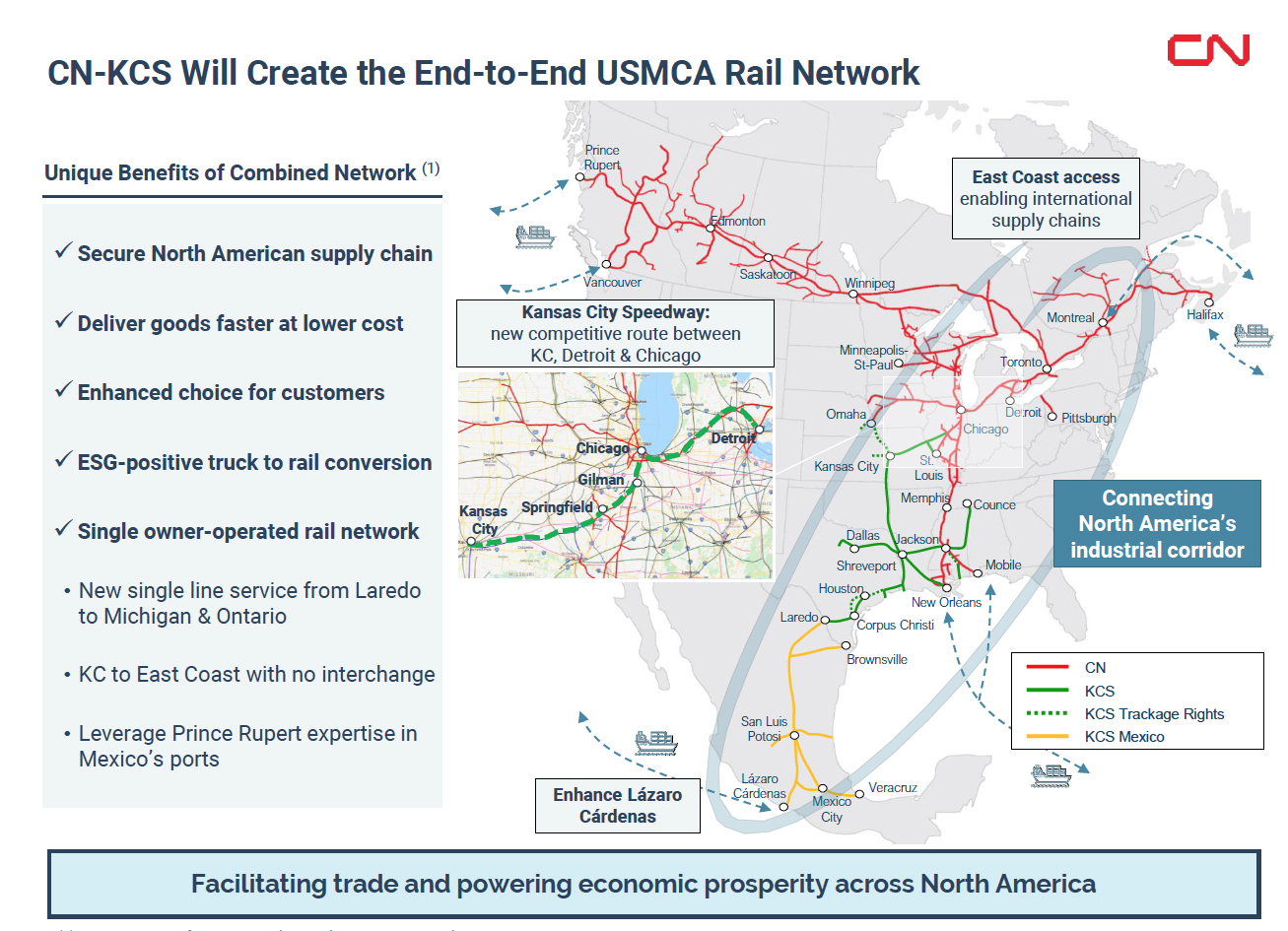 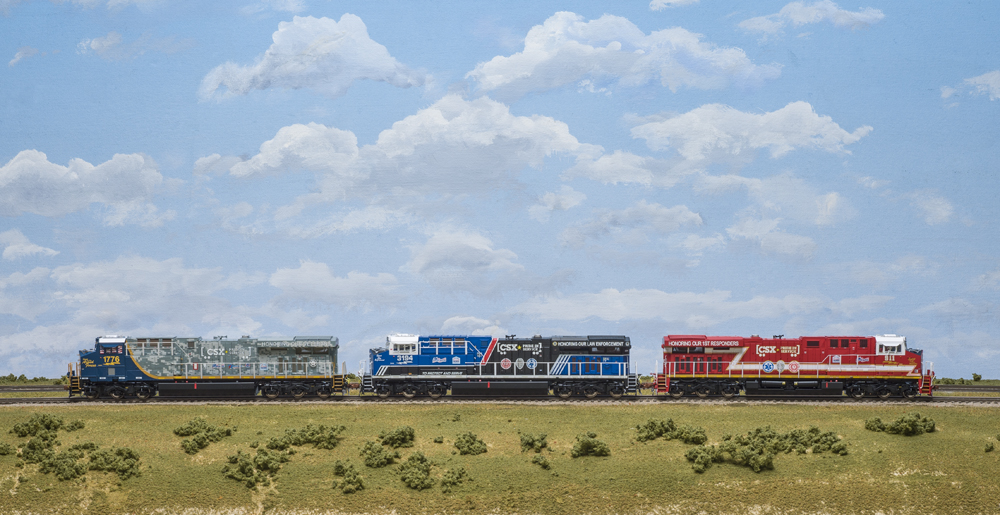