Meet The Modeler: A father-and-son tradition leads to a lifetime hobby 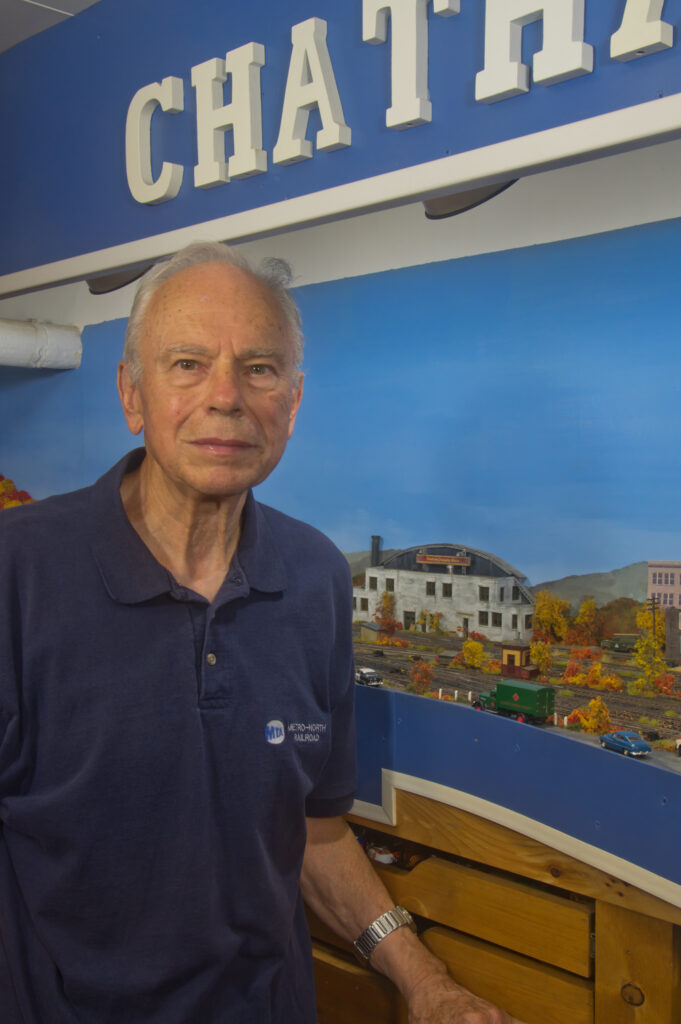 Meet John Ciesla: I grew up with my father’s prewar American Flyer trains. These were the famous S scale, O gauge trains that came out in the late 1930s. With the advent of WWII, new cars and locomotives were nonexistent, but he still managed to find a car here and a locomotive there during the difficult years. By the time I came along, he had amassed five steam locomotives and a nice fleet of freight and passenger cars along with scratchbuilt buildings. We moved to our own house in 1946, and that equipment was part of the annual model railroad that arose like a phoenix each fall in the basement. The next problem was that after the war, American Flyer changed to its own two rail, S gauge track and our set up was now obsolete. My father did buy several newer cars and converted them to run on the O gauge track, but doing that to new locomotives was a bit out of the question.

Then in the later 1950s, we switched to HO scale, and the rest is history. I still remember the many times my father and I went into Manhattan to scavenge hobby stores, bringing home a new locomotive or some other bargain. The instructions were always the same before we got to the house, “Don’t tell your mother how much it cost,” and it was always warped in a plain paper bag, which was quickly whisked into the basement.

Build it, run it, have fun, start again!

It would have to be my building of the new Eastport Branch HO modular railroad. It started as a very simple switching layout and has grown to a three-module, around the room layout. It was built with operations in mind, and an emphasis on scenery. It has taken me to new heights as a modeler which I never dreamt of. I’ve had several photos featured in the “Trackside Photos” section of Model Railroader, and I had a feature article of the layout in the November 2021 issue.

An interesting question, as almost all of us could fill many pages with our mistakes. But perhaps the most annoying was the use of lift out sections of my earlier layout, the Taconic & New England RR. With the need to be able to transverse the basement in order to get to the washing machine, furnace, and workshop area, it meant a lot of bending, head banging, or the removal of the sections, and then trying to figure out where to store them. It was a never again situation that I was not going to repeat.

When building the new Eastport Branch, that was a main consideration in the design of the last Crawford Notch module, as solutions had to be found to bridge those gaps. The solutions were different for each gap, and one that simply spanned a short 30” doorway became a hinged lift out and down segment. The large basement entrance gap, which was 50” long and included two 45-degree curves, became a dual swing gate.

It would have to be the cleanup of plaster dust and pieces when doing scenery work, which seems to get worse the more you try to clean it up. The solution I found, by experiment, when building the Crawford Notch module was to avoid using plaster. I used expanded foam, which was carved (and vacuumed up), and then applied scenery paint directly to the foam. With only a minor use of spackle to cover some joints, it worked beautifully, transforming an unpleasant task into something far better.

Perhaps the most interesting and honoring project was to be asked by Model Railroader Senior Editor Eric White to take part in providing input into a new Kalmbach Media book, Building What’s in a Photo. Quite frankly, I was really honored by this request. I had never done anything like this before. I had also finished most of the scenery on my Eastport Branch, so it would have to be something new and apart from my model railroad. Fortunately, the answer was only a few blocks from my home at the Long Island Rail Road’s interlocking right here in Mineola – Nassau Interlocking. Major work was in progress to convert the two-track main line to three tracks, and all the historic buildings such as the Nassau Tower and the old Brick Substation were to be torn down. It would make a perfect module.

The end result came out quite well and provided a nice sized construction article for reference in  Building What’s in a Photo. The actual module of the interlocking was then given to our local Mineola Historical Society as a display piece to add to their collection of local history.

Perhaps the best words are found in a quote of Ralph Waldo Emerson, as it well reflects the constant ebb and flow of how we go about building and rebuilding, always aiming for something better.

“Finish each day and be done with it. You have done what you could; some blunders and absurdities have crept in; forget them as soon as you can. Tomorrow is a new day; you shall begin it serenely and with too high a spirit to be encumbered with your old nonsense.”