Modeling the Civil War era in O scale is fun, especially with the help and support of fellow hobbyists and friends 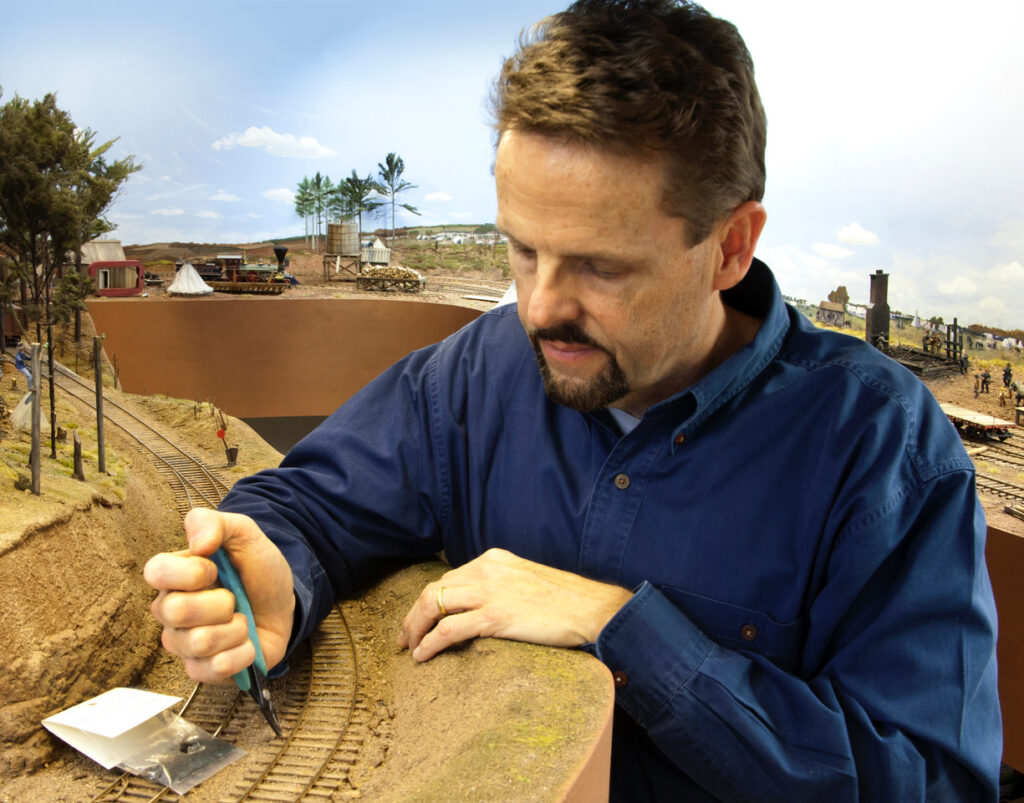 My late father built an HO scale model railroad for my twin brother and I when we were about 6 years old. He called it Twinsville, and I remember playing with it. I had a steam engine and my brother had a Santa Fe warbonnet diesel. After a year or so, my brother and I moved on to other things and the layout was dismantled. The space race was a big deal back then, and we both became airplane and model rocketry enthusiasts instead. However, I loved all forms of model building, especially ships, cars, and armored vehicles.

Many years later, when my son came along, he was fascinated with trains. I built a model railroad for him and his sister. They lost interest after a while, but I was hooked. I first built a NTRAK module for myself, then numerous other modules and layouts followed. My current layout is about the sixth or seventh that I have built, though few of them were fully finished.

I really enjoy the multifaceted nature of model railroading. One can delve into history, carpentry, model building, artistry in scenery and backdrops, civil, electrical, mechanical engineering, photography, and videography.

I’m very proud of writing five books [four of which are still in print; see the links below — Ed.] for Kalmbach Books on model railroad subjects, but my greatest success has been my current model railroad, the United States Military RR Aquia Line in O scale.

In the 1980s, I moved to northern Virginia after serving in the United States Army. Here, Civil War history surrounds you. The proximity to so many local battlefields, national archives, and other historical sites kindled in me an interest in the Civil War. I became involved in civil war historical research, wargaming, and figure modeling even before my son got me started in model railroading. I gravitated to the Civil War railroads, especially when Schneider Model Trains started producing wonderful O scale models of Civil War era engines. I found the Civil War railroads offered a compelling combination of military history and railroad modeling.

I have been working on Aquia Line for more than 13 years and it still is a fascinating and rewarding project. Sometimes, when I go into the basement and look at the layout, I have a surreal experience. I think, “I can’t believe this is here.” But then I reflect about how much work and fun it was to build, and the good fortune I have had to have a supportive wife, family, and friends, and the health and means to pursue it. I realize I have been very lucky.

Watch a video of the Aquia Line: https://www.trains.com/mrr/videos-photos/videos/layouts/layout-visits/mrvp-layout-visit-bernard-kempinskis-usmrr-aquia-line-in-o-scale/

I make mistakes in my modeling all the time. As long as I don’t repeat mistakes, I can accept that. I usually build things twice, as I tend to break the first one, sometimes while trying to make it better.

The biggest “mistake” I made was more of an accident. I destroyed one of my N scale steel mill models when I was loading it in my vehicle to take to a show. That was a tough lesson to learn. I was more careful after that.

I enjoy most aspects of building a layout, but wiring, electronics, and programming decoders are my least favorite. One of the reasons I enjoy modeling the 19th century is that there were no signals or electronics on the prototype. However, I do employ DCC and battery power on my layout. Furthermore, I, along with help from several friends, am developing a telegraph system for my railroad that uses microprocessors to generate Morse code. That way my operators don’t need to know the code.

There is a lot more work to do on the Aquia Line. I recently expanded the railroad into my crew lounge area. I am in the process of building that section as I write this. There is a lot more detail work to do at the Aquia Landing area on the layout. In particular, I have several ship models, barges, tugs, a fully detailed machine shop and hundreds of figures still to build. I also need to build about 10 more freight cars. I am scratchbuilding a locomotive. That model will use an equalized chassis with laser cut metal and 3D printed parts. You can follow my progress on my blog. I’m also developing new model kits for my cottage industry.

Two suggestions for both new and experienced model railroaders.

1. Just do it. It is easy to say, but for some people it is hard to get started. But once you take the first step, the rest comes naturally. Then, try to improve with each new project and don’t be afraid to start over.

2. Get help. I do most of the work on my layout by myself, usually late at night when most people are asleep. Thus, I find it important to seek outside advice and opinions on various options that present themselves as I design and build the layout. I am lucky that I have a strong network of experienced model railroaders that I can ask for advice. Model railroaders are a friendly group, and most newcomers can find someone who will help at a local club, train show, hobby shop, or on the internet.