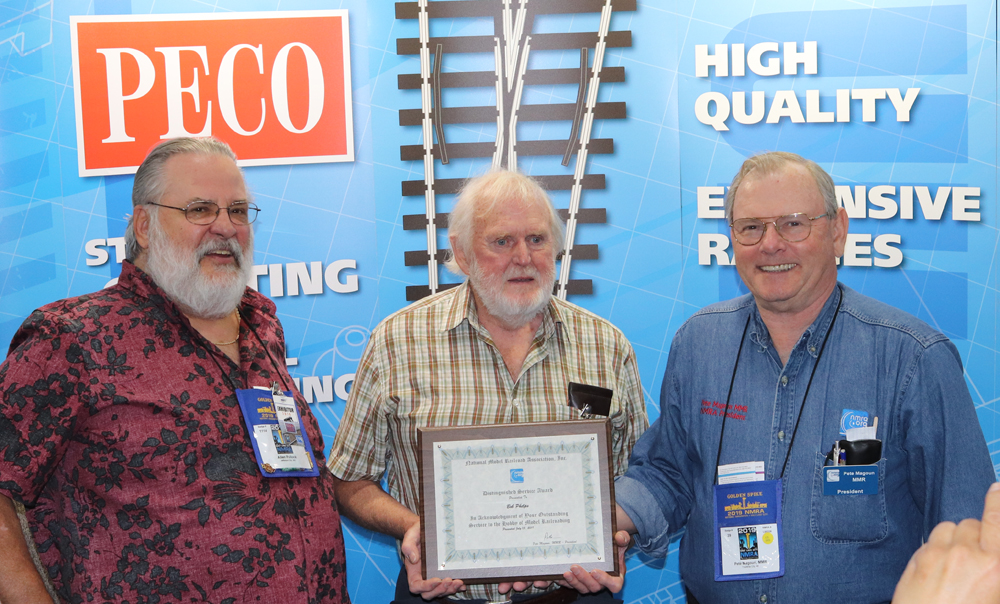 Bob Phelps, former principal product design engineer at Pritchard Patent Product Co. Ltd. (Peco), passed away at his home in France on March 24. He was 84 years old. Phelps joined Peco in 1964 as a product designer. Steve Haynes, sales manager at Peco, said, “Bob was a huge American model railroading fan and a very influential person within Peco. The introduction of the Streamline HO code 83 track line being very much a personal project of Bob’s.”

Over the years, Bob built layouts based on the Great Western Ry., Denver & Rio Grande Western, Norfolk & Western, and Union Pacific (UP). His 25’-6” x 38’-0” HO scale model railroad depicting the UP at Green River, Wyo., in the 1950s was featured in Peco’s magazine Your Guide to Modelling American Railroads: North American Special.