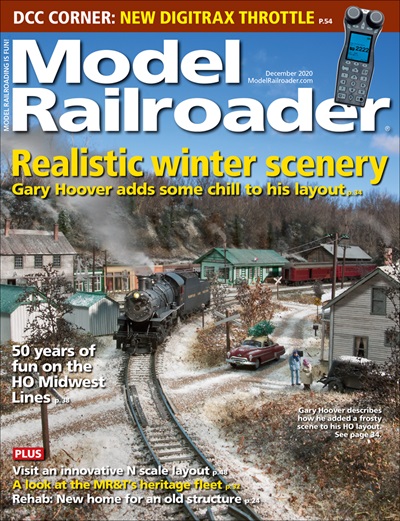 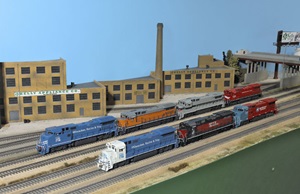 A look back at MR&T's heritage fleet

Believe it or not, Model Railroader magazine’s freelanced HO scale railroad, the Milwaukee, Racine & Troy (MR&T), is celebrating its 45th anniversary in 2020. During the course of those four-plus decades, the magazine’s staff has enjoyed two model railroads. The first was located at Kalmbach’s downtown Milwaukee headquarters at 1027 North 7th Street. The current layout is in a neatly appointed room at our offices in Waukesha, Wis., a western suburb of Milwaukee.

As we celebrate this milestone anniversary, we thought it would be fun to take a look back at the MR&T heritage fleet. Though these locomotives have been around for six years already, they help tell the history of our railroad. 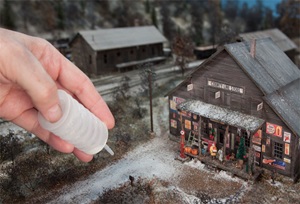 Add some chill to your next scene

When planning my HO scale Norfolk & Western layout, I wanted to set the season in late fall/ early winter. This time of year seemed to be when many of the 1950s railfan still and motion photography was done. I also wanted to model a portion of the model railroad with a light dusting of snow.

One of my previous layouts, the HO scale Missouri, Kansas & Quincy, had a small snow scene that was done with a significant amount of snow covering most of the terrain and track. The effect was nice, but keeping the snow dust-free was difficult even though I covered it with a plastic drop cloth when I wasn’t operating trains. Cleaning the track also presented problems, not to mention occasionally getting some snow material on the locomotive wheels. Further, the heavy snow prevented many small details from being seen or added.

Model Railroader has been the leading model train magazine for the past 75 years.  Each month, we bring you step-by-step modeling projects, fascinating photo tours of model train layouts, unbiased product reviews, new product announcements, tips from the experts and much more!