Home / How To / Prototype Railroads / Tunnel under a town prototype: Bellows Falls, Vermont

There's a prototype for everything, including the tunnel under a town prototype! 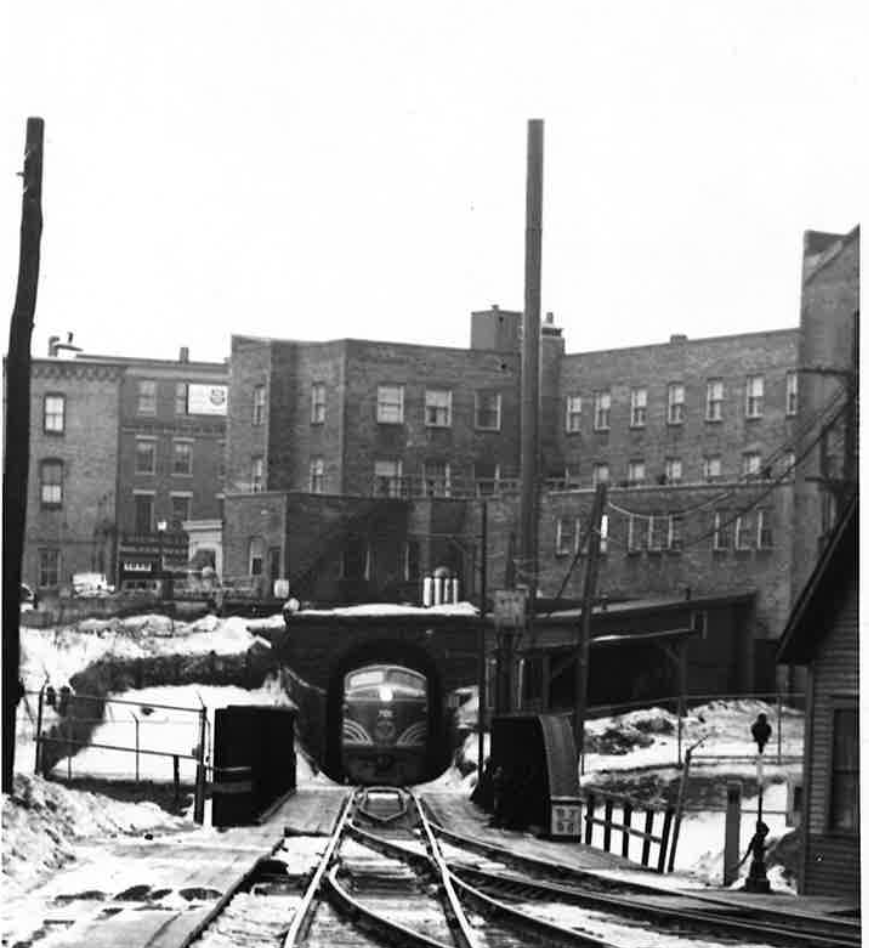 Tunnel under a town prototype: Yes, there is at least one U.S. example of railroads going underneath small towns. And here it is: Boston & Maine’s single track line through Bellows Falls, Vermont.

Kalmbach Media’s David P. Morgan Library has three photos in the Boston & Maine tunnels folder that show off this specimen in the late transition to early diesel-era.

The first is an excellent shot of the tunnel’s north portal, shot from a train, over a bridge and straight through — a bullseye rail photograph, if ever there was one.

Notice the details: power lines and utility poles, riveted girder bridge, late 19th century brick buildings. Let us state for the record, that very few items appear to be “squared” and perfect. Yet the visual items are lined and straight.

According to BridgeHunter.com the bridge first opened in 1851 and had its “floor lowered” in 1897, 1977, and 2007. Fortunately for modern-era modelers, the New England Chapters – Society for Industrial Archeology published a document concerning the most recent project in PDF form.

The projects goals included reducing truck traffic on Interstate highways and improving the state’s “transportation system”. In effect, it made it practical for double-stack containers to move through the tunnel.

The PDF includes during construction photographs as well as basic drawings showing the project’s work scope.

Yes, Bellows Falls’ unusual tunnel, coupled with rail activity show that indeed, there is a prototype for everything!

4 thoughts on “Tunnel under a town prototype: Bellows Falls, Vermont”