Home / Beginners / Ask Trains / Ask MR: What is dynamic braking and how does it work?

Dynamic braking uses electrical resistance to slow down a locomotive 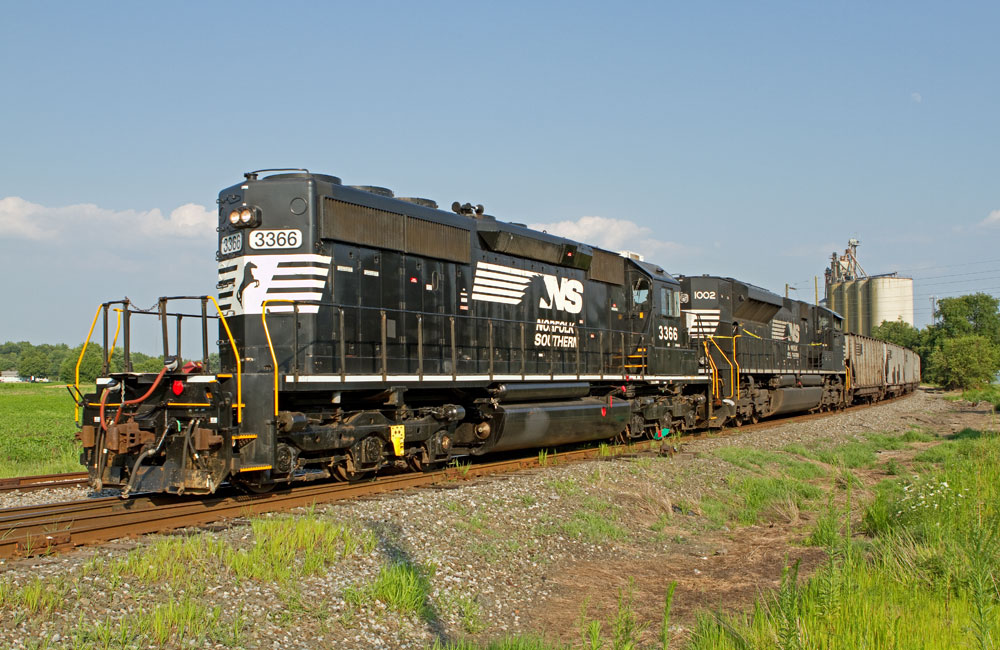 Q: What is dynamic braking on trains? – Mark Kroll

A: Unlike a typical diesel-powered car or truck, a diesel locomotive doesn’t have a direct mechanical linkage between its diesel engine and its wheels. These locomotives are more properly called diesel-electrics. Rather than turning a driveshaft that drives the wheels, the engine (or “prime mover”) of a diesel locomotive instead drives an electrical generator. The current generated then powers electrical motors (called “traction motors”) mounted on the locomotives’ axles to make it go.

As you may know, there isn’t that much structural difference between an electric motor and a generator; if you apply rotary force to a motor’s shaft, it will act as a generator and generate current instead. This is the principle behind dynamic braking. When a diesel-electric locomotive is facing a long downgrade, the engineer engages the dynamic brake, which throttles down the diesel engine and turns the traction motors into generators. The momentum of the train rolling downgrade turns the traction motors, which generate electricity, causing drag or resistance on the wheels, and keeping the train’s speed in check.

The electricity generated needs somewhere to go, though. If there’s no electrical load on the motors, they’ll spin freely. An important part of a dynamic brake is a bank of electrical resistors, which converts the excess electricity into heat. Basically, they’re big electric heating elements, like in an electric oven or stovetop. You can spot the dynamic brakes on an EMD diesel, such as the SD40-2 in the photo, by the air intake grills on the side of the dynamic brake enclosure and the several large fans on top that blow away the hot air. Other locomotives may have dynamic brake resistor grids mounted elsewhere in the carbody, but there’s always a fan to dissipate the heat generated. When you push the function key to turn on the dynamic brakes on a DCC-sound-equipped model locomotive, the sound you hear is those fans kicking in. When the train reaches flat land, the engineer disengages the dynamic brake, which turns the fans off, fires up the prime mover, and begins sending current to the traction motors again.