An oil well, a storage tank, and a spur with a loading rack make a busy industry 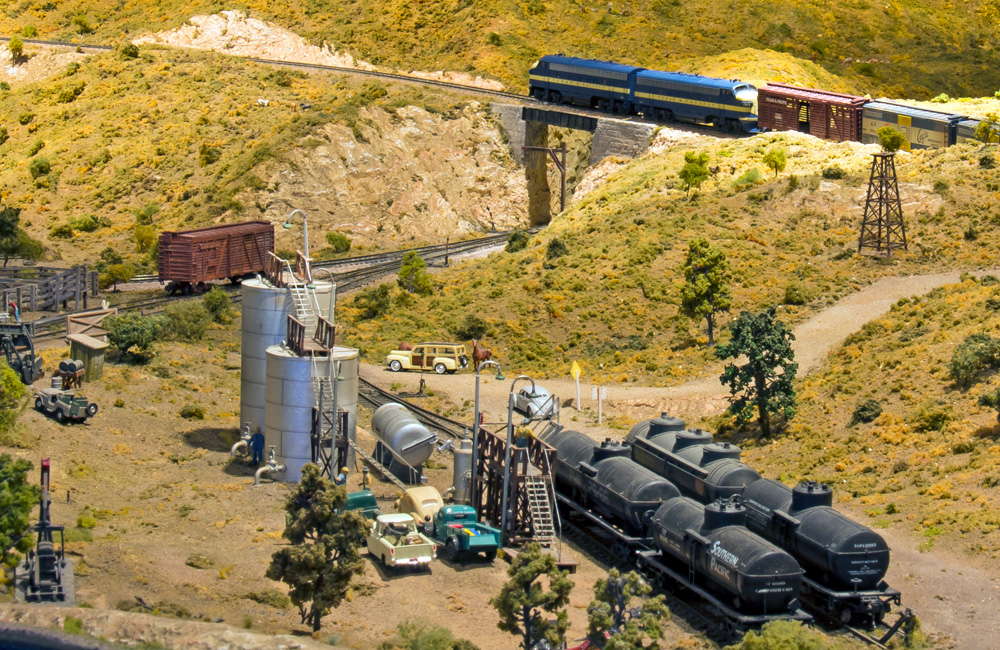 Q: I’m planning to model Farmington, N.M., on my HOn3 model railroad. I’ve studied the article “Railroading in the Oil Fields” in the January 1960 Model Railroader to learn as much as possible about creating a realistic model of an oil field. The article has some very detailed information. An Internet search for Farmington gave me a photo of the Denver & Rio Grande Western depot and a minimal photo of the tank car loading platform, but little else. But what I’m still missing is how the oil gets from the oil pumps to the storage tanks and the railroad tanker car loading facility. There’s nothing like a pipe connection at the pump itself. Do you have more information on what should be included in my model? – Art Schmidt

Place a storage tank or a backdrop photo of one near the pumps, add a tank car loading platform on a spur track, and you’ve got a realistic scene. The photo above shows such a scene on the HO scale Texas & Pacific Ry., in the Jefferson Historical Society & Museum in Jefferson, Texas. (The oil well is at lower left.) A scene like this is a great way to model a busy industry in a small space, especially if you depict most of the oil field with prototype photos glued to the backdrop. 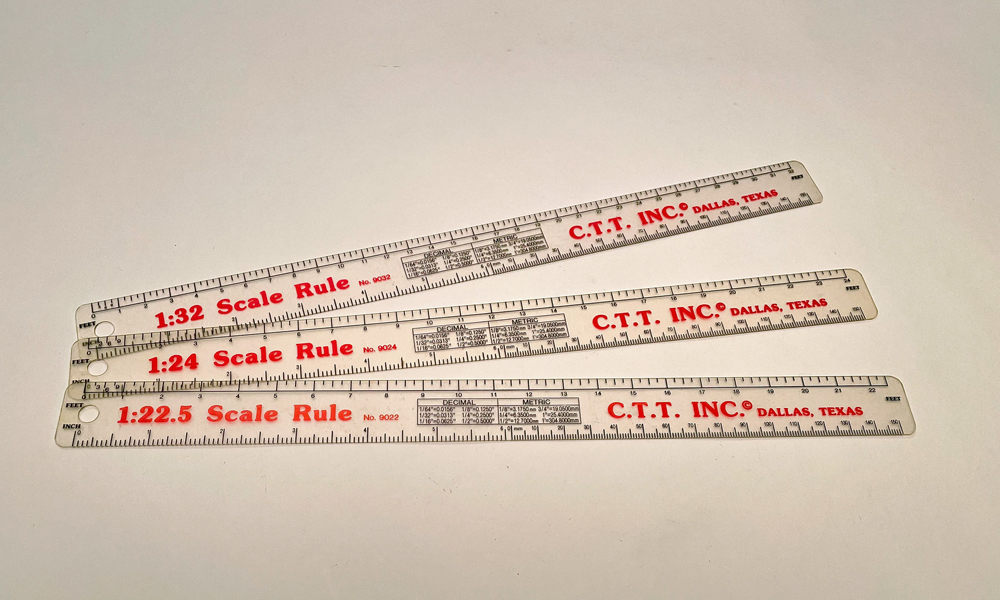 Where can I buy scale rules for garden railways, or trains in larger scales?

Is removing the flanges from locomotive drivers a good idea?