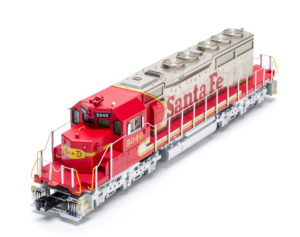 Without question, my favorite second-generation diesel locomotive is the EMD SD40-2. One of the first photos I saw of one was in our sister magazine Trains. It was a side view of, I believe, a Burlington Northern SD40-2. The caption noted the locomotive’s long front and rear decks made it look like a kid wearing tennis shoes two sizes too large. That vision has stuck with me and I’ve smiled about it every time I’ve seen a version of this diesel.

The Electro-Motive Division of General Motors built the model from 1972 through 1989. Nearly 4,200 of the SD40-2 were constructed in all variations. Sales were international, and it even formed the foundation of the British Class 59 boxcab freight locomotive. Large numbers were bought by American railroads, including 835 by the Burlington Northern, 686 by the Union Pacific, 306 by the Missouri Pacific, and 187 by the Santa Fe.

Although newer, more fuel-efficient locomotives dominate today’s sales, countless SD40-2s soldier on. Some have been re-engined with less-polluting, up-to-date prime movers. Locomotives first manufactured four decades ago are still doing the heavy lifting for their original or even second or third owners.

Opening the box
I got a bit of a nice surprise! The box read, “Soo Line,” but the O gauge engine inside was Santa Fe! Rarely do I talk about the paint job first, but this model calls for it.

While the Soo’s red-and-white livery is nice, this model was done in a version of the Santa Fe’s warbonnet paint scheme that blows me away. Sure, the design might be the most over-produced in model railroading, but it always looks amazing applied to just about anything!

The decks and cab are red, with the engine compartment painted brilliant silver (MTH calls it a “stainless plated body finish”).

You would immediately see any flaws in this paint scheme, but there was zero overspray. All the lines separating colors were crisp, and the lettering and the Santa Fe nose logo were perfect. I’m guessing the intricate work needed is the reason this model costs $40 more than other locomotives in the production run.

The pilot has textured steps, although the corner steps are smooth. The decking has textured safety plating as well. The classification lights (only on when in forward) are beneath the front deck.

The model captures the look of the GM nose, showing the relationship back to the GP38. There are cast-in hatches on the bottom of the nose and classification lights in the upper corners. The brakeman’s side has two steps leading to the cab, and there is a brake wheel position of ready access. The engineer’s side has a grab iron and a step above it. There are two add-on grab irons for reaching the sand filler cap.

The cab is manned, and each side window has two wind deflectors/mirrors. Each forward window has a single add-on wiper arm. There’ is a number boards bracket the twin-lens headlight, and a horn is just above them on the roof.

Most interestingly, there is a single flashing strobe light above the brakeman’s position.

Just behind the cab the sides have air intakes with a fine mesh filter screen. Up top are 13 lift rings, starting just ahead of the exhaust for the smoke unit. Running back, there are five see-through radiators; along the sides are additional screens you can peer into. The rear of the model has one grab iron on the right and six on the left. Up top there are a sand filler cap and a curved grab iron for a hostler to hold onto while working.

Along the body, the silver paint makes the access hatch, hinge, and latch detail really pop out. There are small safety placards spotted here and there, and the red “Santa Fe” shouts out at every grade crossing exactly who owns this baby.

Below the frame, the trucks are flawless and the silver side frames look posh. They are much more distinctive than a traditional black would be on the same model. The bell is positioned ahead of the fuel tank, and there are a cast-in sight gauge and a red-painted fuel cap.

On the test track
At this point in time it is safe to say MTH has the two-motor diesel model thing down pretty well. I would have been surprised if it didn’t work as advertised. The O gauge model powered right up, with the class and headlights illuminating, the motor burbling to life, and the faint whoosh of the smoke unit fan.

As opposed, say to an old Baldwin or Alco diesel, this baby sounds pretty well tuned by the shop crews. Moving forward, the unit’s running lights pop on while the crew chatters away to set the mood.

The engine sounds were good, with the speaker faithfully reproducing them. Responsiveness to commands was rapid – smoke-unit volume changes, sound level, and speeds were consistently reliable.

The locomotive easily pulled anything we put behind it. This including a long line of illuminated passenger cars that would have slowed down a vintage O gauge locomotive. Have a Super Chief set? This can handle it.

Since Jack Sommerfeld has been lending us models, we’ve avoided adding smoke fluid – so we test with whatever came in the model from the manufacturer. Smoke was a bit light, but since it did raise or lower from commands I surmised it was low on fluid. I can’t recall a time in, say, the past 20 years that an MTH smoke unit has underperformed.

Suffice it to say, this is a beautiful O gauge model featuring an always popular railroad and paint scheme. It has a classic design and all the features and power you’ve grown accustomed to. The MTH SD40-2 is a model you can’t go wrong with if you model any period from the 1970s to today. 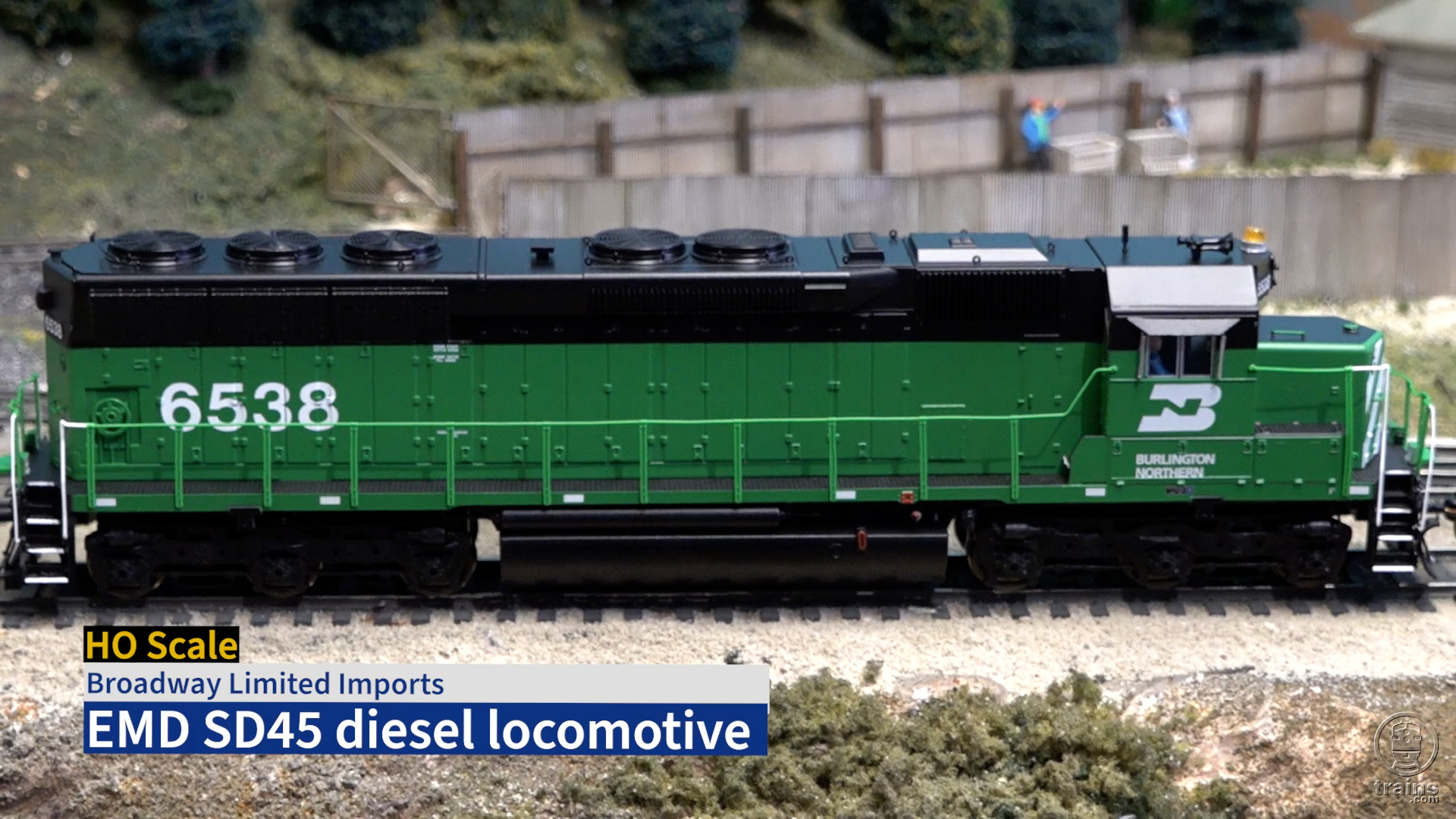 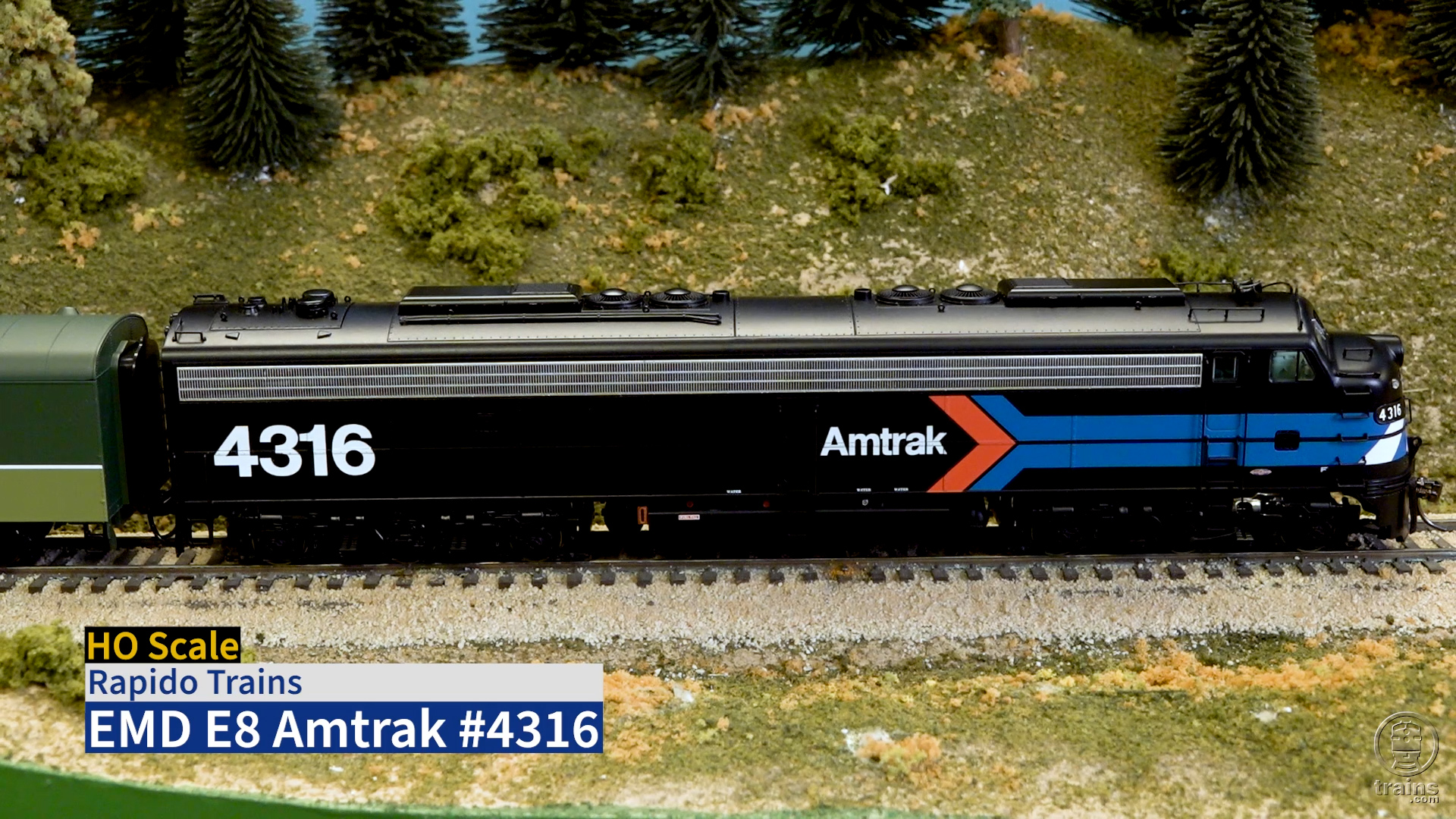 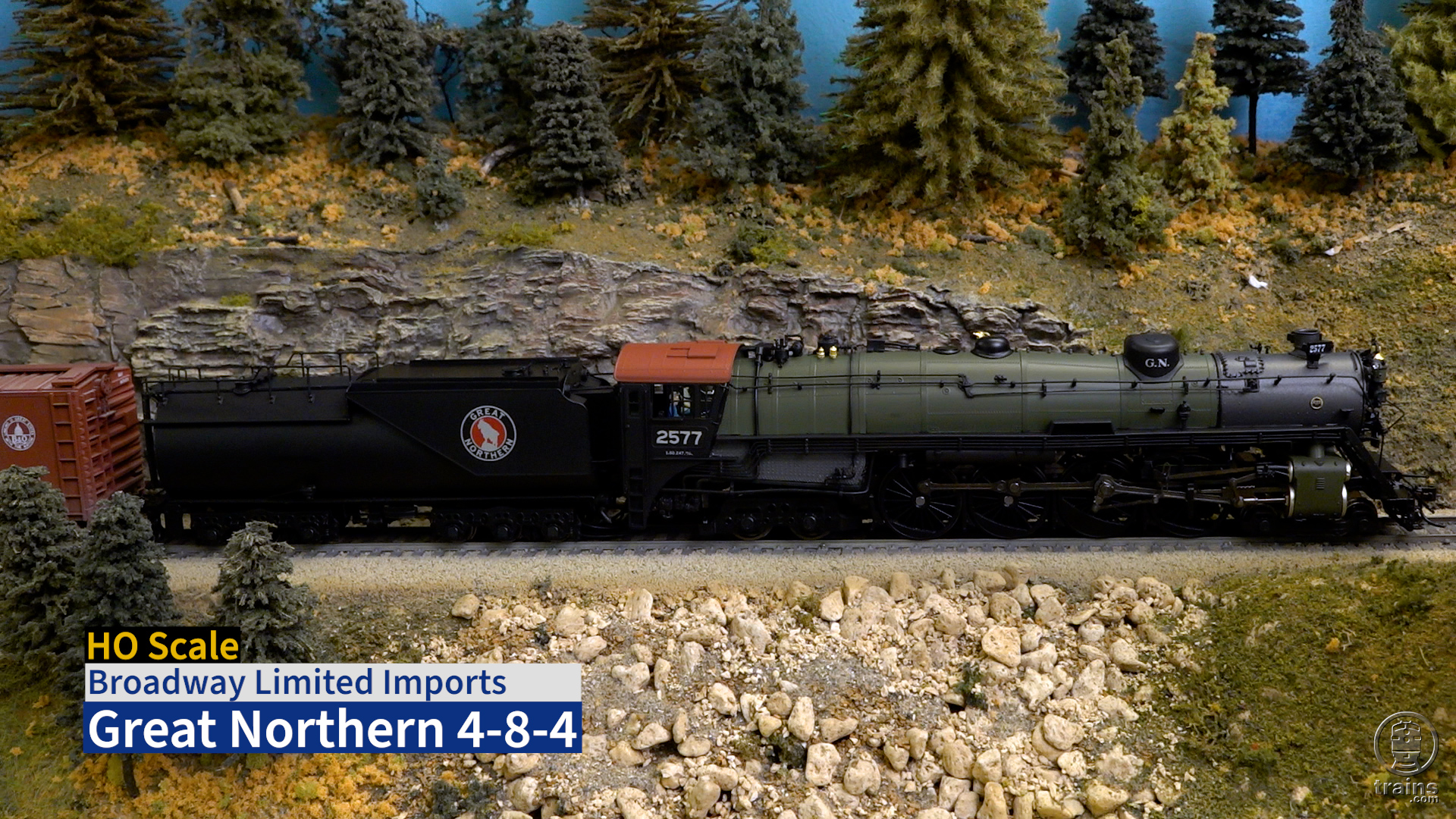 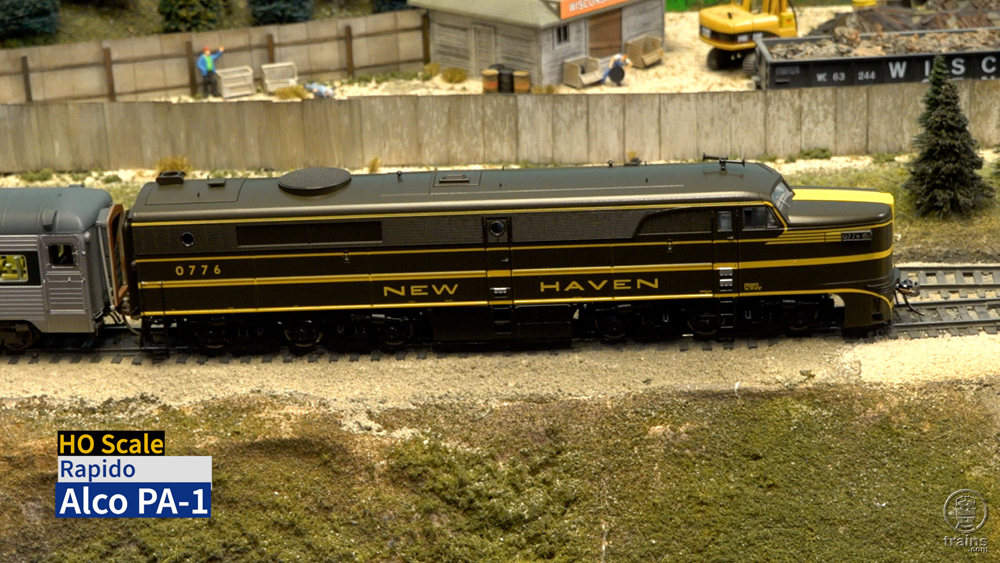