Home / How To / Timeless Classics / The Lionel Acela exposed 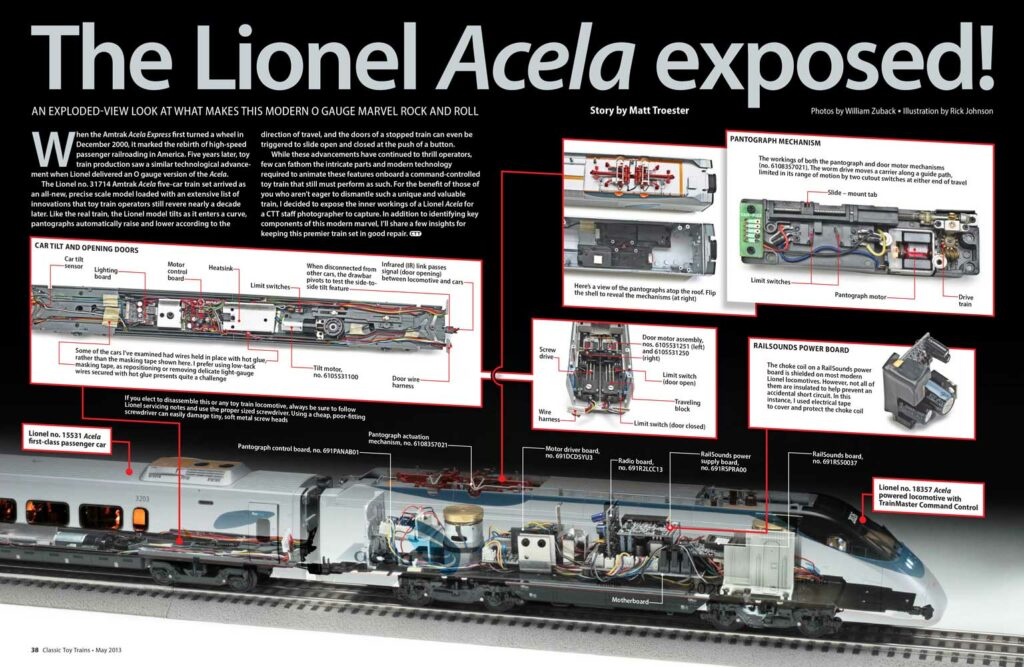 “The Lionel Acela exposed” was originally published in the May 2013 Classic Toy Trains. Noted Kalmbach illustrator Rick Johnson produced numerous cutaway illustrations for various brands during his career, but few were this detailed. Along with text by toy train mechanical expert Matt Troester and based on photography by Bill Zuback, this is a piece of art for the ages.

A review of the most recent iteration, Lionel’s Legacy Acela, is here.

Why does the Reading & Northern seem to have so many covered hoppers? 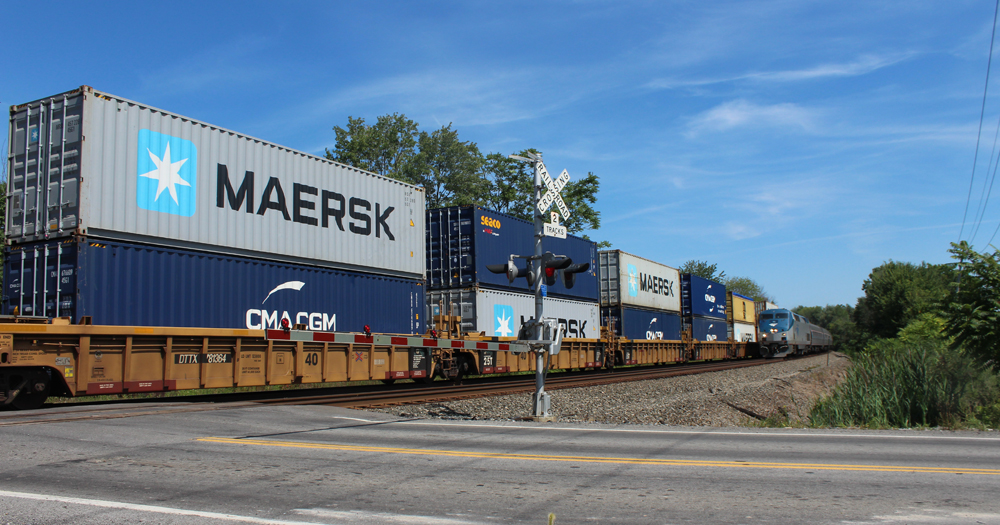