The perfect gift for a baby 60 years ago 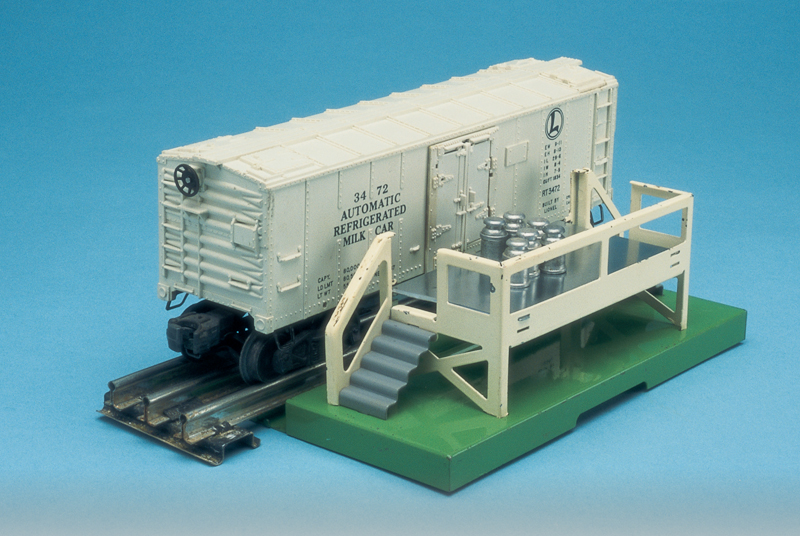 When you reach a certain age, every birthday deserves to be called a big one. Still, some are bigger than others, and I reached that stage this year when I hit 60.

Among other things, my celebration in July got me thinking about the toy trains that happened to be available when I was born in 1951. Specifically, I wondered what my dad might have bought for his infant son if he had been inclined, like some other fathers were, to purchase electric trains at the time his offspring arrived.

Not much to consider in 1951
Dad had played with Lionel trains as a youngster in the 1920s, so he would have been eying O gauge outfits for me. In 1956, before I knew enough to request a particular brand or gauge, my folks did get a Lionel O-27 set for me.

Unfortunately for me, 1951 was a far from stellar year in Lionel’s post-World War II history. The Korean War had erupted the previous year, an event that affected negatively the production and marketing of toy trains in 1950 and ’51. Consequently, Lionel cut back the number of outfits cataloged in 1951; many of those offered duplicated exactly or came close to what had been made in 1950.

Leafing through the consumer catalog for 1951, Dad might have skipped the nondescript sets and concentrated on accessories like the no. 455 oil derrick. But what I really think would have tickled his fancy, especially because he was picking out something for his newborn son, was the no. 3472 operating milk car.

This beauty, an update of the no. 3462 introduced in 1947, promised reliable and entertaining animation that highlighted the movement of a figure. Something like that would delight an infant and reflect what was best at Lionel.

As I described in my book 101 Classic Toy Trains: Best of the Postwar Years, the idea for a car that unloaded miniature metal milk cans originated in the mind of Richard G. Smith, a free-lance inventor who offered plans and prototypes to the A.C. Gilbert Co. for its American Flyer S gauge line as well as to Lionel.

Engineers at the Lionel plant, starting with Joseph Bonanno, the head of the department, refined what Smith had created until they had a model that ran like a charm and awed both youngsters and adults who watched the 3462 in action.

An operator parked the milk car over an uncoupling track section and pressed the button on the controller sold with it. That caused the plunger inside the car’s solenoid to be pulled down.

Activating a mechanism moved the figure inside the milk car, thereby creating the illusion that he was working. An arm on that mechanism was really responsible for pushing the cans (already loaded through a roof hatch) out the door and onto a metal platform.

Updating the original milk car
The transition from coil couplers to magnetic ones that influenced the entire roster of rolling stock led Lionel to renumber its operating milk car for 1949. Thus was born the 3472, which looked almost identical to its predecessor.

Major traits included a polystyrene body shell that initially was painted white but soon came unpainted. It had a matching roof hatch, black heat-stamped lettering and a circle-L Lionel logo, and aluminum (early) or plastic side doors.

The sheet-metal frame had steps at the four corners and was attached to the shell with two large spring clips. The roof hatch was lengthened in 1950. Staple-end trucks were used into 1951, when bar-end ones became the norm.

Still a perfect gift
Whether for a baby in 1951 or a hobbyist in 2011, a 3472 is guaranteed to entertain. When you get yours, be sure it has an original box of seven magnetic cans and a no. 3462P-1 sheet-metal platform painted white with a green-painted base and gray steps.