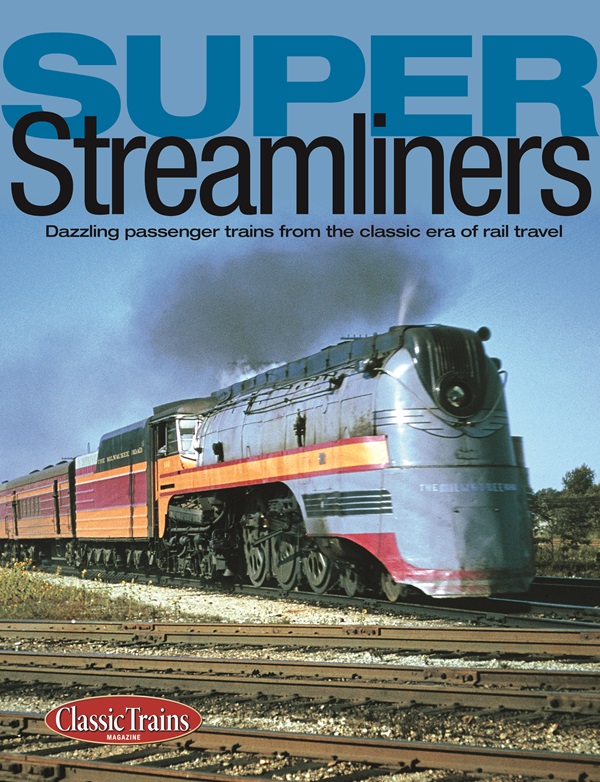 Long before the advent of diesels and lightweight equipment, streamliners shaped “high-speed rail” in the 1930s, 1940s and 1950s. In this free, 35-page download, we revisit the classic streamliner era.

The End of the all-Pullman Limiteds: A firsthand account from the last days of the Illinois Central’s Panama Limited, Pennsylvania Railroad’s Broadway Limited and Santa Fe’s Super Chief.

When Cinerama Rode the Rails: How the famous Chicago Zephyr starred in one of the first super-wide screen movies.

Enter your email for access to Super Streamliners: Dazzling passenger trains from the classic era of rail travel.