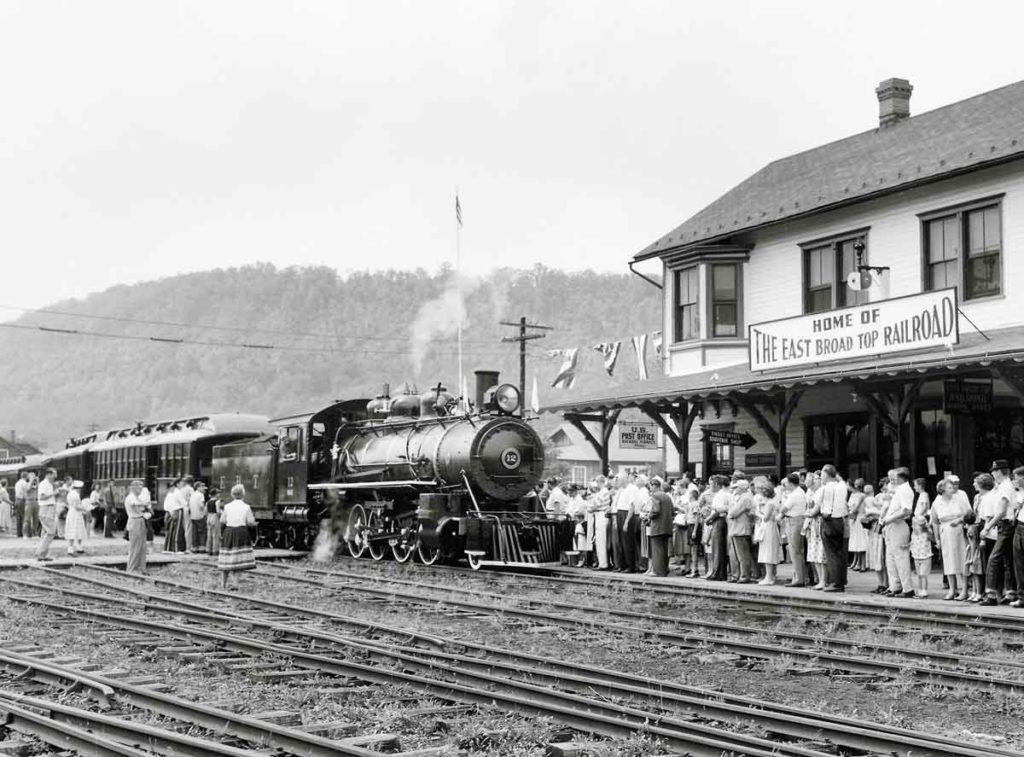 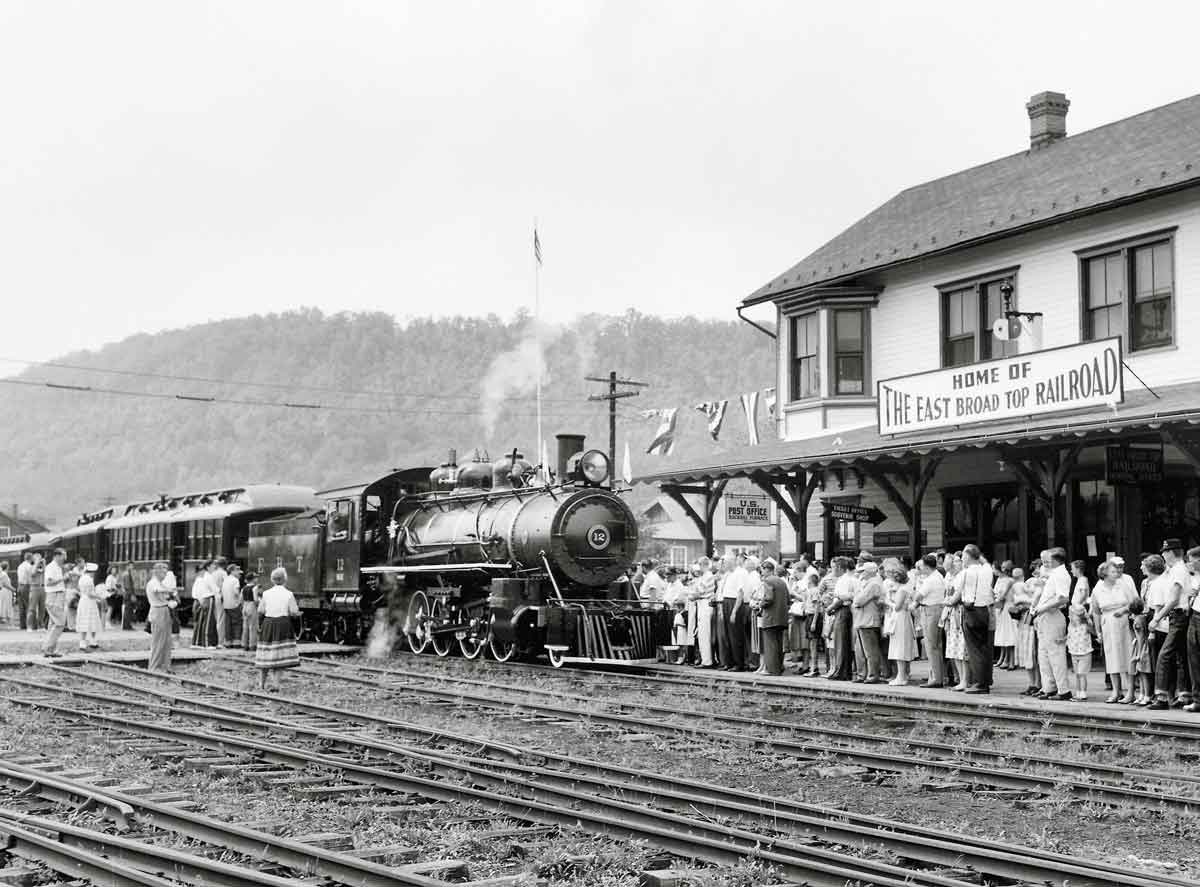 East Broad Top 2-8-2 No. 12 pulls into Orbisonia station for another load of riders on Oct. 14, 1960, during the narrow-gauge’s reopening weekend.
Don Wood photo

May 1, 1956
Rockhill Coal Co. and EBT are sold to Kovalchick Salvage Co. of Indiana, Pa.

May 16, 1960
Wilburn announces that the railroad will reopen to help commemorate a bicentennial celebration for Orbisonia.

1961 season
Serviceable track is extended northward more than a mile to a picnic area, and a wye track is constructed from the remnants of EBT’s former Clay Spur.

1963
James B. Stevenson, then-chairman of the Pennsylvania Historical & Museum Commission (PHMC), conceives the idea of a statewide railroad museum. EBT’s Mount Union yard is one of three sites considered; the others are Altoona and Strasburg.

Aug. 15, 1964
EBT is designated a National Historic Landmark by the National Park Service.

Feb. 18, 1965
PHMC votes to locate the state railroad museum at Strasburg because of its proximity to the Strasburg Rail Road and its location in a heavy tourist area.

Feb. 1966
First railfan weekend of modern era operates in the form of a “Winter Spectacular,” chartered by Railways to Yesterday.

1974
EBT sells one of its two standard-gauge 0-6-0 switchers, No. 6, to Whitewater Valley Railroad in Indiana.

April 20, 1977
EBT President Nick Kovalchick dies at age 70 and is succeeded by his son Joseph.

1989
C. Roy Wilburn retires and is succeeded by Stanley Hall.

1989
NPS study of alternatives for ownership, management, and full restoration is published. Rehabilitation of entire 32-mile main line is estimated at $40 million.

June 16, 1995
Boiler explosion on Gettysburg Railroad’s ex-Canadian Pacific 4-6-2 No. 1278 triggers a tightening of federal regulations on steam boiler operation, maintenance, and inspection, ultimately forcing EBT by 2002 to reduce operations to a single steam engine, No. 14.

Sept. 1995
A refined study of the NPS alternatives for restoration and ownership options is released by a consortium. Estimated cost of full restoration of the line is $46 million.

1996
National Trust for Historic Preservation places EBT on its “11 Most Endangered Places” list.

May 1999
EBT is included in a state heritage park designation. None of the proposals for public operation pans out, and the Kovalchick family continues to own, operate, and subsidize the line.

July 20, 2002
FEBT purchases former EBT passenger cars No. 18 (combine) and No. 29 (baggage-express) from a defunct tourist railroad in Colorado and repatriates them to the EBT shop at Rockhill Furnace.

2020
Kovalchick family sells the East Broad Top to the EBT Foundation for restoration and future operations.

Friends of the East Broad Top