A builder noted for its handsome, reliable steam locomotives struggled in the diesel age 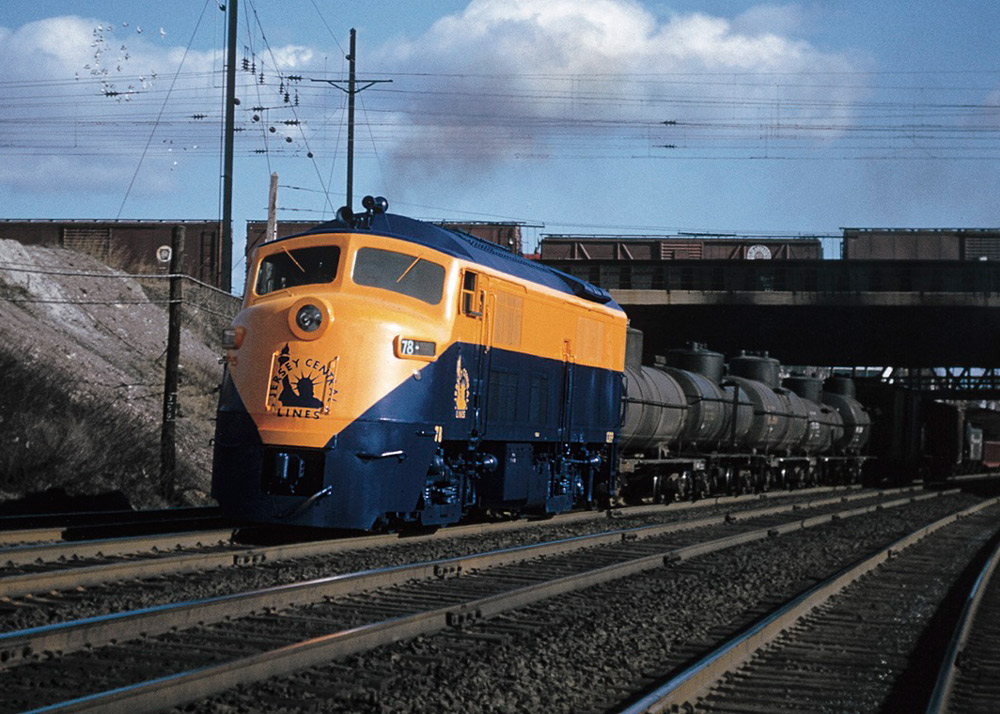 Established in the 1830s, Philadelphia’s Baldwin Locomotive Works was one of America’s oldest and largest locomotive builders. Baldwin steam engines were known for their high quality and good looks. But many of its internal combustion efforts could be classified as “diesels that didn’t.”

Along with fellow steam builders Alco and Lima, Baldwin began producing diesel locomotives. Although it built what is regarded as America’s first road diesel in 1925, Baldwin struggled to find its footing in the post-steam era. Thanks to the railroads’ insatiable demand for diesels in the 1940s and early ’50s, Baldwin enjoyed a modicum of success, selling just over 3,200 units (a distant third to EMD and Alco) before exiting the new-locomotive market in 1956.

The success of Electro-Motive’s FT demonstrator in 1939–40 prompted Alco and Baldwin to develop their own road-freight diesels. Both followed the FT template of carbody-style cab and booster units with B-B wheel arrangements. Baldwin’s entry was the DR-4-4-15 (Diesel, Road, 4 total axles, 4 powered axles, 1,500 h.p.), powered by the new 608SC prime mover.

The DR-4-4-15s’ carbody styling matched that introduced in late 1945 by the builder’s first DR-12-8-30 locomotive, whose 2-D+D-2 wheel arrangement earned the model the nickname “Centipede.” The front-end design — similar to EMD’s F-unit “bulldog” but with larger windshields and a smaller, more rounded nose — was a departure from the more planar look of Baldwin’s two most recent cab units.

A “Babyface” is born

Although the new design accomplished this to a degree, compared to EMD’s design it had a diminutive, unimposing appearance that gave rise to another nickname: “Babyface.” Several models had the Babyface cab, but the term is generally reserved for the 33 examples of the DR-4-4-15 model.

The Central Railroad of New Jersey was the first to order the DR-4-4-15, signing up for 10 cabs and 5 boosters in September 1945, but it wasn’t until November 1947 that the first A-B-A set was delivered. The three units were plagued with problems, including a tendency for their air intakes to draw in moisture. The remainder of the order, arriving in mid-1948, had modifications to address the moisture issue, but others remained. Only two other roads bought Babyface DR-4-4-15s: Missouri Pacific (8 cab units, 4 boosters) and New York Central (4 and 2).

The Dolzalls’ book contains this frank assessment of the CNJ, MP, and NYC units: “The DR-4-4-1500 babyfaces simply were not reliable locomotives, troubled as they were with haphazard wiring and plumbing and their air intake problems, as well as the piston and turbocharger failures that afflicted many early 608SC-powered units.”

The increasingly impoverished Jersey Central, desperate for motive power, ran its Babyfaces the longest, retiring the last ones in 1966. MoPac’s units had the shortest life — they were only 11 years old when they were scrapped in 1959.

The ills of the Babyface DR-4-4-15 prompted a thorough redesign, which made its debut in early 1949 on a group of Pennsylvania Railroad units. The new DR-4-4-15 sported a redesigned cooling system inside. Outside, the carbody was the stylish “Sharknose” type developed by designer Raymond Loewy for PRR’s DR-6-4-20 passenger units of mid-1948. The Sharknose DR-4-4-15s were succeeded by the RF16, what the Dolzalls called “the zenith of Baldwin streamlined road power.”

Mechanically superior to — and far better selling than — their awkward-looking predecessors, the dashing Sharknoses ensured the Babyfaces’ place in history as symbols of the difficulties Baldwin had in transitioning from steam to diesel.