Spokane, Portland and Seattle Railway freight trains are part of the August 2022 celebration of the SP&S 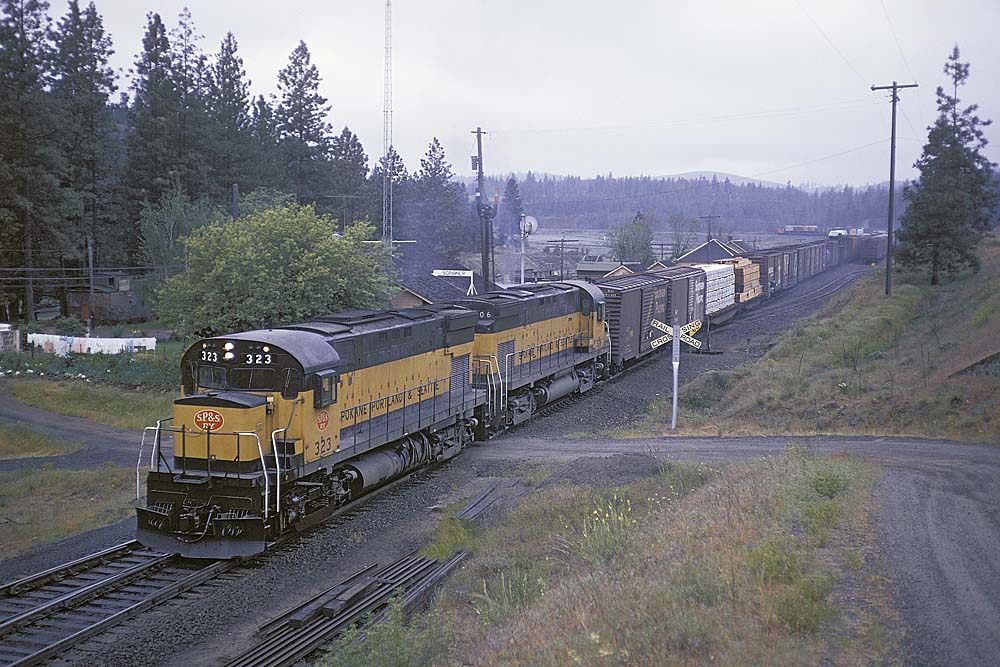 At Scribner, an eastbound SP&S freight, behind C425 323 and C424 306, heads for Hillyard after setting out its Northern Pacific interchange on a siding. June 1968. J. David Ingles photo, Brian M. Schmidt collection

Four units roll an eastbound Spokane, Portland and Seattle freight train through the Columbia River Gorge east of Stevenson, Wash. The train has 85 cars and is making 40 mph on this March 15, 1964. Henry R. Griffiths Jr. photo

Spokane, Portland and Seattle-painted FA1 and RS2 on Eighth Street in Ranier, Ore., on May 12, 1972, almost two years after the creation of Burlington Northern. Mike Schafer photo

Spokane, Portland and Seattle freight train comes through the Great Northern station area on Havermale Island, en route westward from GN’s Hillyard to SP&S trackage for Wishram and Vancouver, Wash. SP&S was mostly an Alco-powered railroad, but two of its six GP9s, 151 and 150 (among four built with steam generators), are tucked in behind C425 314 and C424 303 in June 1968. J. David Ingles photo, Brian M. Schmidt collection