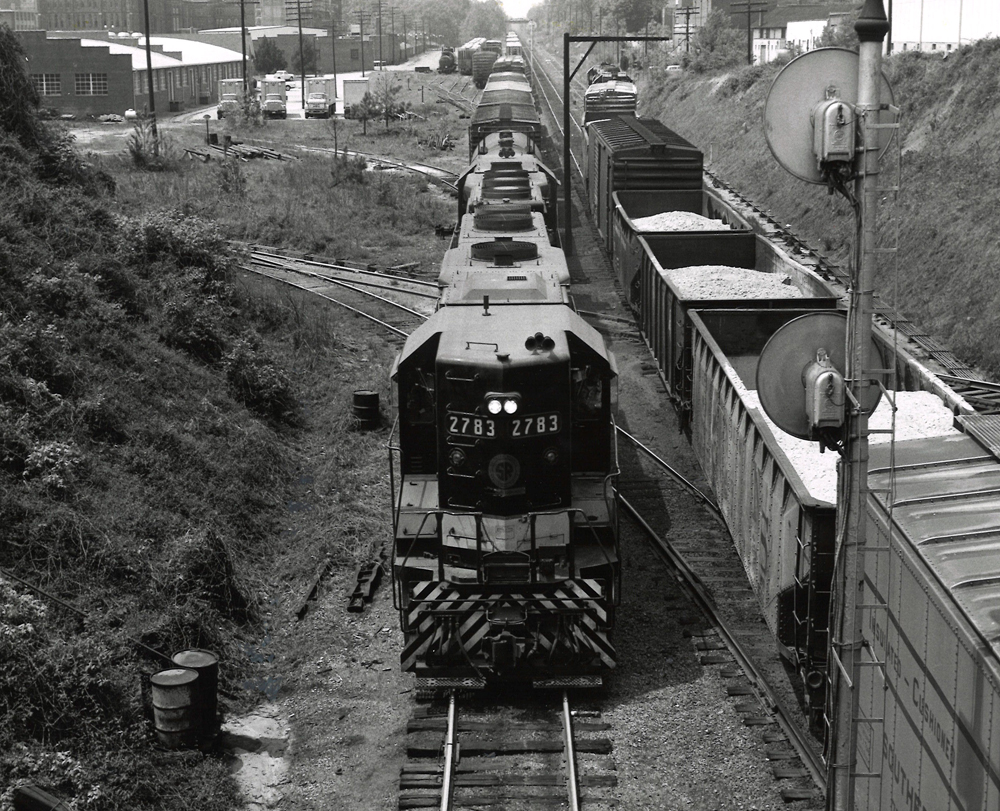 Southern Railway freight trains remembered: All through June 2022, Classic Trains editors are celebrating the grit, panache, and charm that was the Southern Railway.

Southern 5027, a 2-10-2, begins an attack on Saluda grade with a north-bound freight. Sister engine No. 5047 in on rear (out-of-sight) giving a helping hand in Melrose, North Carolina, in May 1948. Saluda is the steepest main line grade east of the Rocky Mountains. David W. Salter photo

Southern Railway No. 2783 leads a freight train toward two target signals and a cut passed a freight train that is going away from the camera and switching tracks. Curtis C. Tillotson Jr. photo

A little over a half-mile to go after crossing the points at Safety One and No. 5017 will have her westbound grade over the crest of the grade at Saluda, N.C. Allan D. Krieg photo

Southern's Georgia Division main line at Lowe, Ga., west of Atlanta, is the point chosen for a meet between a unit train of empty Silversides coal gondolas and southbound pig train 229. The unit train, headed for the coalfields of Parrish, Alabama, has just left Atlanta's Inman Yard, where two U30Cs were dropped; the two U33Cs on the head end are spliced by a radio control car. M.E. Iczkowski photo

Thundering steam and steel working up the grade through Alpine, Kentucky, in the heart of the Cumberland Mountains. Doyle B. Inman photo