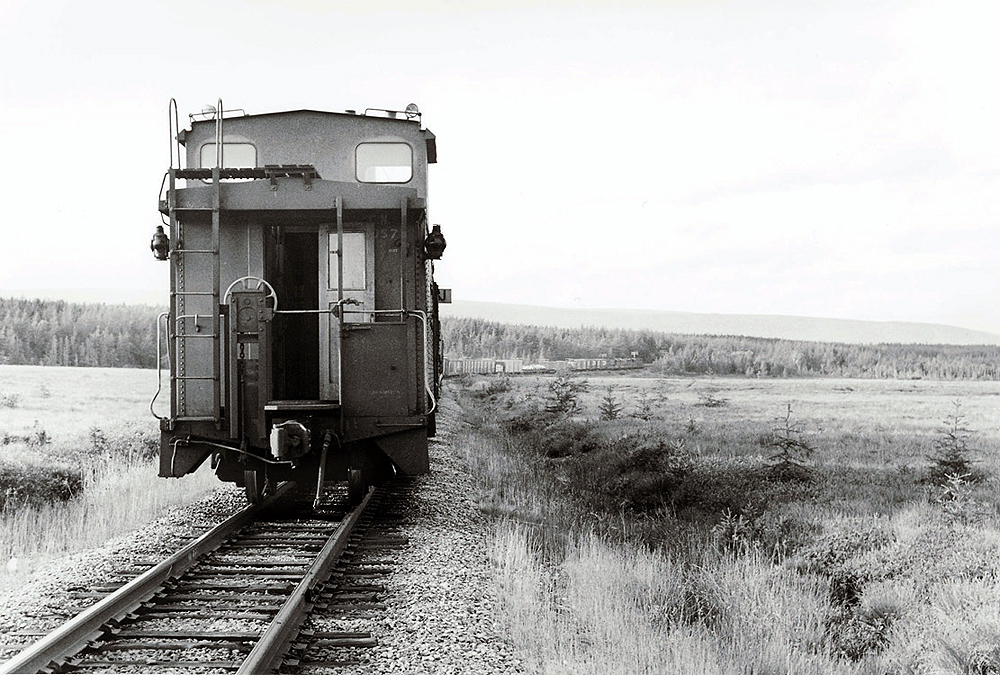 Workers inside the transfer shed at Port-aux-Basques guide a boxcar being hoisted from standard-gauge trucks to narrow-gauge trucks so it can travel across Newfoundland. This practice was later abandoned in favor of jacking up cars and rolling trucks out and in.

Fifty miles out of Port-aux-Basques, an overheated locomotive has temporarily halted to St. John’s-bound freight train 204 on July 25, 1976. The 44-car train is carrying automobiles for Grand Falls, oil for Lewisporte, limestone for Lethbridge, lumber for St. John’s, and a carload of soap for Cupids.

Last run for the 'Caribou'

The final run of the cross-island Caribou departs the rail-marine terminal at Port aux Basques on July 2, 1969. The “Newfie Bullet” went out with a bang: behind the diesels are a steam generator car, an express car, four coaches, two diners, and eight sleepers.

Mikado 1024, the last steam locomotive acquired by the Newfoundland Railway before it became part of Canadian National, is ready to depart St. John’s with the Overland Limited for Port-aux-Basques, 546 miles and 27 hours away.

The head brakeman and conductor (back to camera) of St. John’s–Port-aux-Basques train No. 1 load express shipments during the stop at Notre Dame Junction. The locomotive beyond them is on the connecting train to/from Lewisporte. “The train crew really works on this road,” noted the photographer.

In the mid-1950s, train 1 from St. John’s (left) stands on the main line at Notre Dame Junction, where it connects with a branchline service to/from Lewisporte (behind station).

The quaint Newfoundland Railway became a strategic asset during the First and Second World Wars. In this 1942 view, U.S. troops gather after disembarking from an ancient wooden coach.

All through February 2021, Classic Trains editors are celebrating the heritage and quaint perseverance of the Newfoundland Railway. This week, we are exploring Newfie trains in black and white images in this photo gallery.

We hope you enjoy! 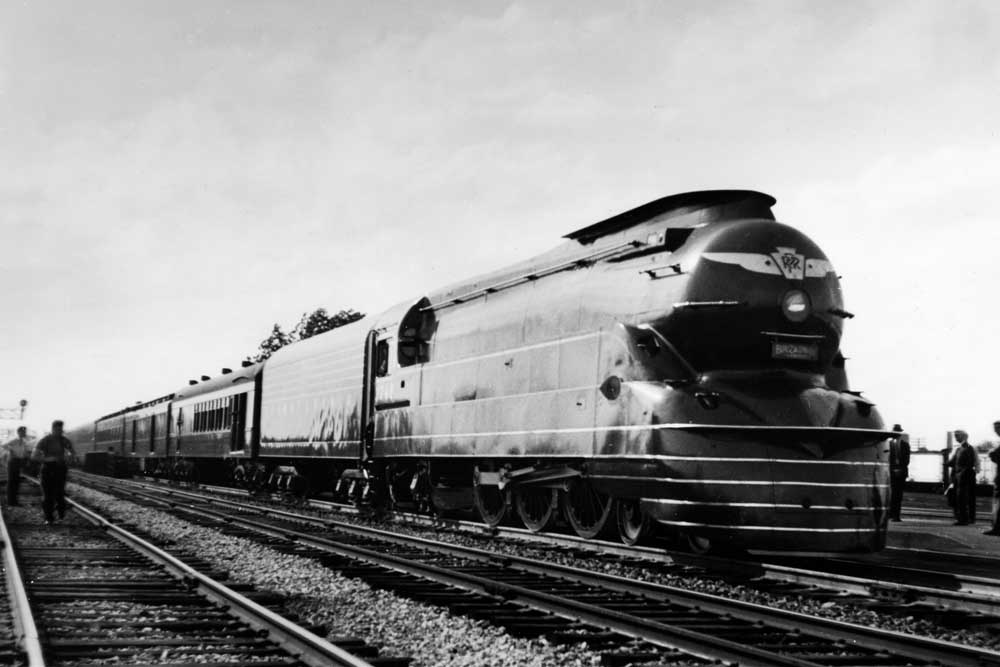 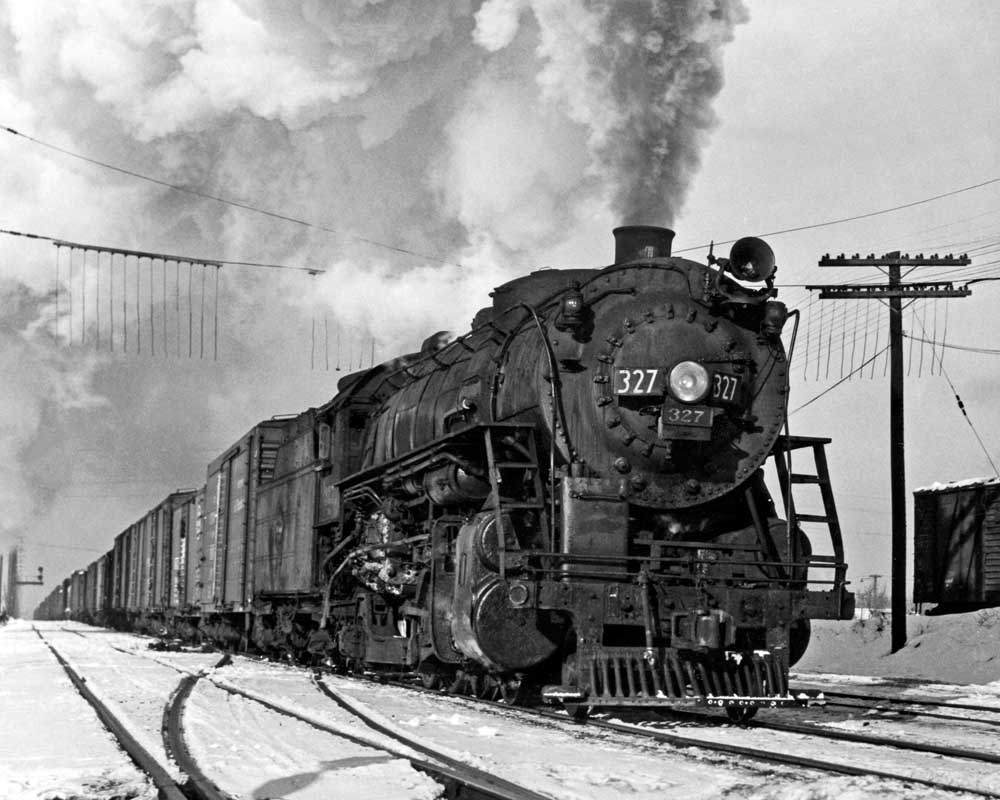