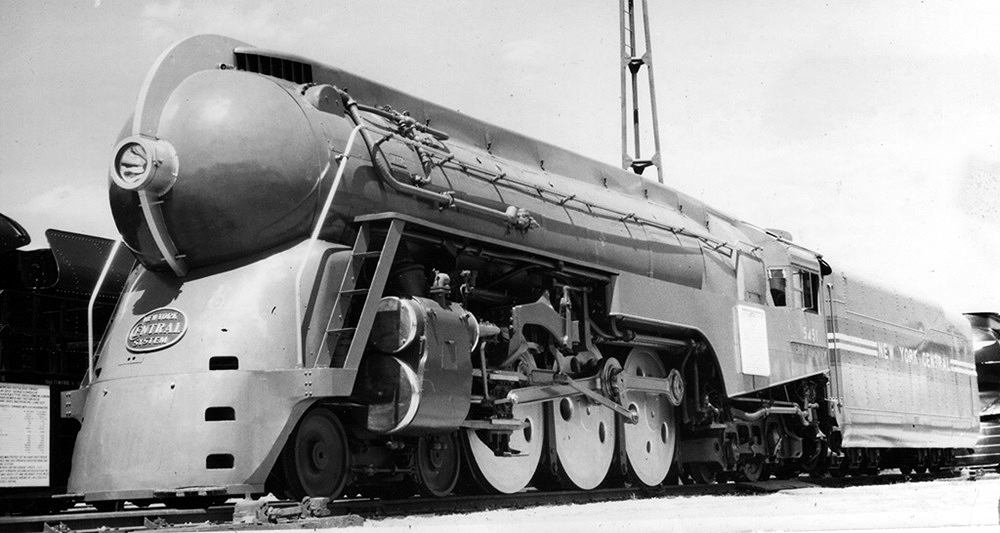 New York Central had the biggest fleet of Alco’s postwar freight carbody diesels, with 124 FA cab units and 73 FB boosters. Delivered in dashing “lightning stripes,” most got the simpler “cigar-band” scheme in the 1960s.

NYC’s class S third-rail electrics, dating from before the 1913 opening of Grand Central Terminal, were among the longest-lasting of any North American locomotives. The first was built in 1904; the last was retired in 1981.

NYC’s class S third-rail electrics, dating from before the 1913 opening of Grand Central Terminal, were among the longest-lasting of any North American locomotives. The first was built in 1904; the last was retired in 1981.

NYC was first to field the 4-6-4 wheel arrangement, in February 1927. The road amassed a fleet of 205 J-1s, 20 low-drivered J-2s for hilly subsidiary Boston & Albany, and 50 J-3 “super Hudsons.” They were the Central’s signature passenger engines.

The final 10 J-3 Hudsons of 1938 were streamlined to pull the 20th Century Limited, which had been given all new lightweight cars. From fin-nosed 4-6-4 to boat-tailed observation car, the train was the work of designer Henry Dreyfuss.

Built in 1929 to haul passenger trains on NYC trackage in and out of Cleveland Union Terminal, 21 2-C+C-2 electric locomotives were sent east after the CUT electrification was shut down in 1953. The “P-motors” became the workhorses of the lines out of Grand Central Terminal, hauling all manner of trains, including the experimental diesel Xplorer in 1956.

Photograph by Donald A. Somerville

NYC’s steam development peaked with the S-1 and S-2 4-8-4 Niagara heavy passenger engines, 27 of which were built in 1946–47. They were among the best of all steam designs.

NYC signed up for 70 of General Electric’s landmark U25B road-switchers in 1964–65. Brand-new 2505 and three sisters roll an intermodal train east out of Collinwood, Ohio.

All through January 2021, Classic Trains is celebrating the majestic and mystique of the New York Central.