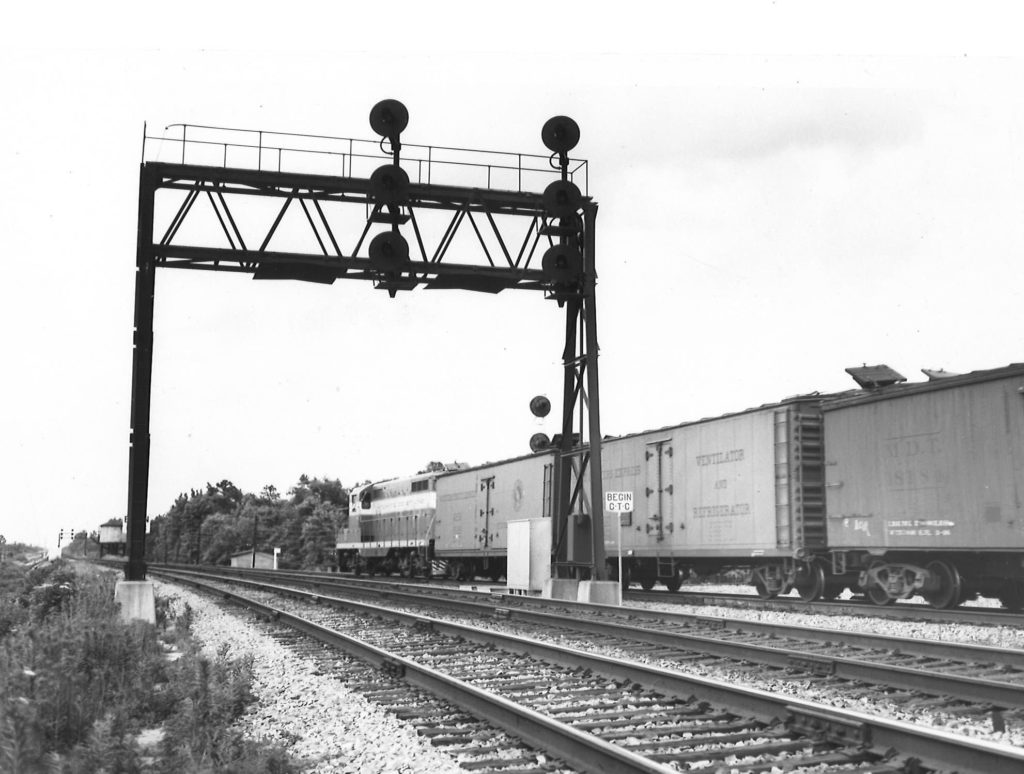 Three in purple, one in black
Four Atlantic Coast Line Railroad diesel locomotives — GP7 No. 261 and two sisters in purple and silver and an F7 in the new black scheme — lead westbound freight train No. 97 on the ACL’s Charleston & Western Carolina line south of Spartanburg, S.C., in June 1960.
J. Parker Lamb

Diesel diversity
An interesting mix of Atlantic Coast Line Railroad diesel locomotives — U30B No. 978 (on EMD trucks from F unit trade-ins), E8A No. 555 (acquired from the Missouri-Kansas-Texas Railroad), E6B No. 753, and F7A No. 399 — stand with a freight train at Waycross, Ga., in April 1967, less than 3 months before ACL merged with the Seaboard Air Line Railroad.
Keith E. Ardinger

All this month — November 2019 — Classic Trains editors are celebrating the heritage, history, and images of the Atlantic Coast Line Railroad.

Please enjoy this photo gallery of images from the David P. Morgan Library archives at Kalmbach Media that include ACL diesel- and steam-powered freight trains through time.