The Northern Pacific Railway is Classic Trains Railroad of the Month for May 2021. 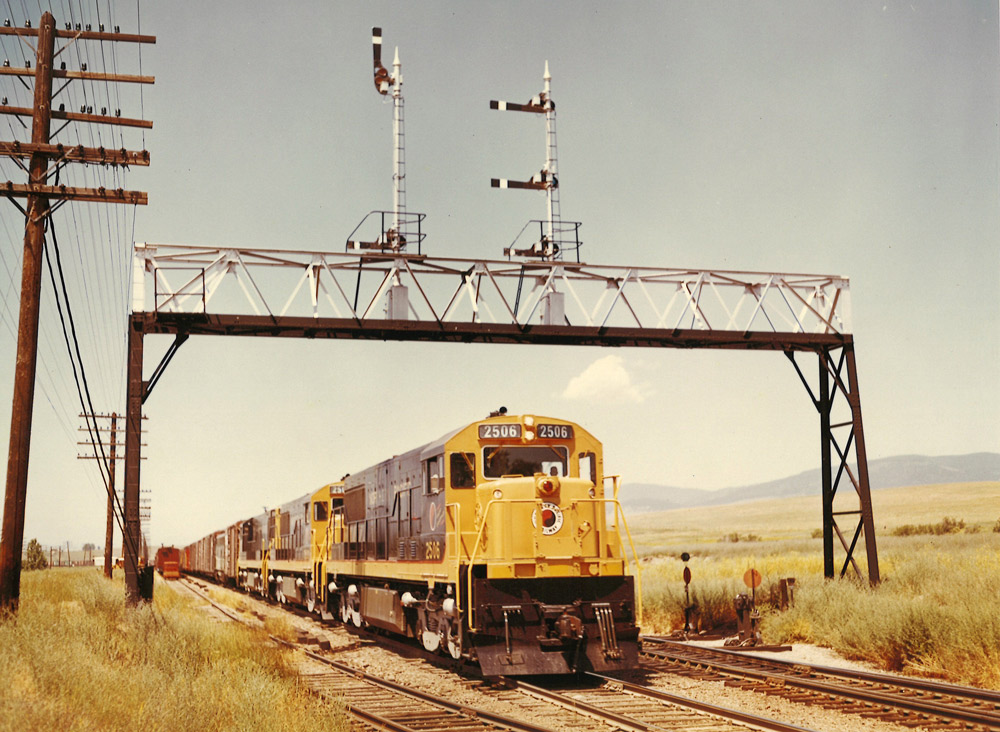 Northern Pacific adopted the 4-6-2 wheel arrangement as its main passenger engine early, receiving 20 class Q Pacifics from Alco in 1903. Six other classes followed, culminating in the Q-6 of 1923, exemplified by No. 2256.

When heavier train weights began to tax the Q-6 Pacifics, Northern Pacific sought an engine with more power — and a large firebox to burn cheap, low-grade Rosebud coal. The result was the class A of 1926, an engine with eight drivers for power and a four-wheel trailing truck to carry a big firebox. NP 2600–2612 were the first 4-8-4s.

Northern Pacific had the largest fleet of General Electric U25C diesels, owning 30 of the 113 units GE produced between September 1963 and December ’65.

A brand-new A-B-B set of EMD F3 diesels is at St. Paul, Minn., in the late 1940s. The units were painted in Northern Pacific’s original passenger-service livery of two-tone green with a yellow nose.

Northern Pacific’s 12 Z-5 freight locomotives were the first 2-8-8-4 Yellowstone types and, at the time of their construction in 1928 and ’30, the largest engines in the world. Their immense fireboxes, sized for low-grade Rosebud coal, were eventually found to be too big for efficient operation.

Northern Pacific had 22 FTA units and 22 FTBs, which it operated initially as 11 four-unit sets. Built in 1944–45, some of them were the last FTs to operate in the United States.

Northern Pacific acquired seven F9A units and two F9Bs in 1954–56 for transcontinental passenger service. They were painted in the new paint scheme of two-tone green with white accent designed by Raymond Loewy Associates for the North Coast Limited.

All through May 2021, Classic Trains editors are celebrating the style, glamour and grit of the Northern Pacific Railway. Please enjoy this NP locomotive photo gallery sourced from the archives of the David P. Morgan Library at Kalmbach Media.