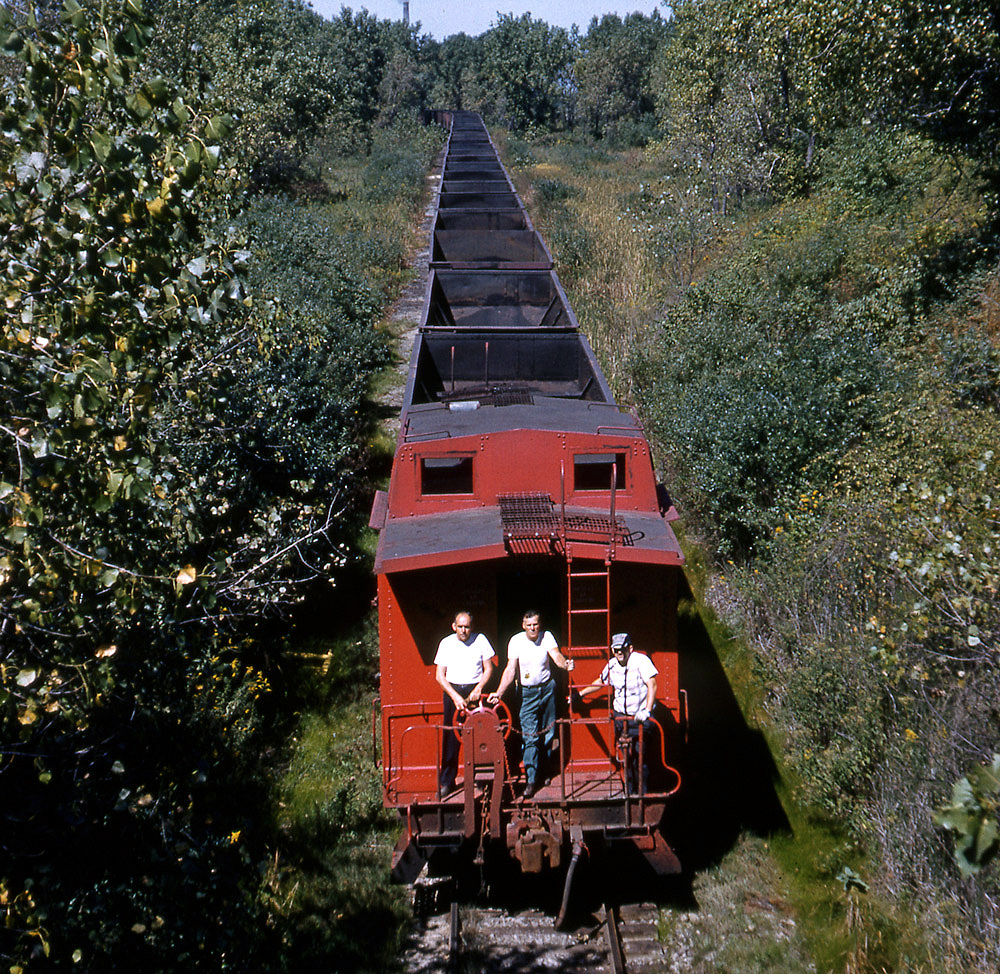 Mountain on the prairie

The three Geeps heading IC’s Council Bluffs–Chicago freight CC-6 pause just west of Dubuque, Iowa, before crossing the Milwaukee Road’s line along the west bank of the Mississippi River (track at left) and continuing east with reefers of meat in October 1957.

Shoving toward the Thornton quarry

Crewmen keep watch as a train of empty hopper cars backs toward the rock quarry at the east end of IC’s 3-mile Homewood–Thornton branch south of Chicago in October 1960.

Meet on the old VS&P

Orange and white at Homewood

On an October 1960 evening, IC GP9s 9098 and 9220 bring a coal train north through Homewood, Ill. Cut in behind the Geeps are two refrigerator cars.

Paducah rebuild on a local

Photograph by Fred B. Furminger

At Champaign, Ill., a GP7-GP9 duo leads a seemingly endless train of refrigerator cars carrying bananas from the port of New Orleans to Chicago in December 1957.

All through July 2021, Classic Trains editors are celebrating the grit and glory of the Illinois Central Railroad. Please enjoy this photo gallery of IC freight selected from the image archive of Kalmbach Media’s David P. Morgan Library.