Annotated aerial photos of Selkirk Yard near Albany; Frontier Yard in Buffalo; and the yard at Niles, Mich. 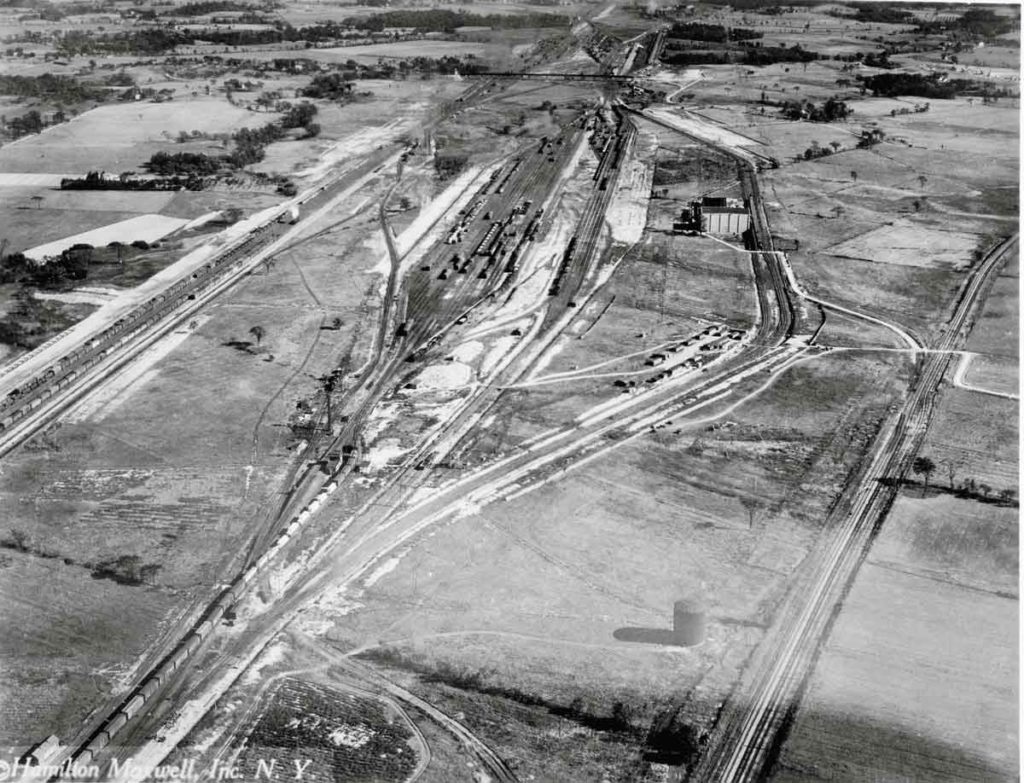 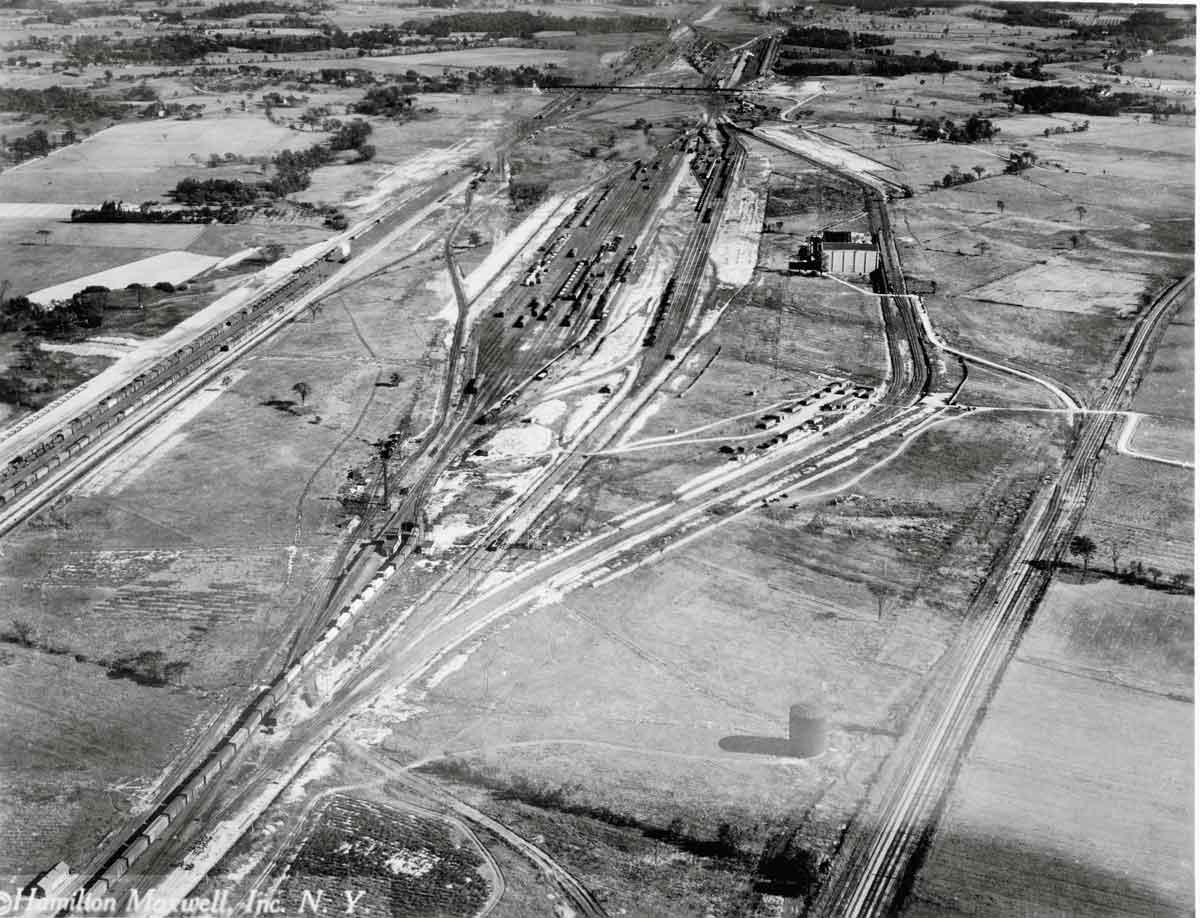 Selkirk Yard near Albany, N.Y.
New York Central
Cornerstone of New York Central’s $25 million “Castleton Cutoff” improvement project, Selkirk opened on November 20, 1924. Central’s objective was to bypass congestion at Albany, where two Hudson River drawbridges and the “Water Level Route’s” one big bump, the 1.75 percent West Albany grade between the Hudson and Mohawk valleys, impeded operations where the routes from Boston, New York City, and Buffalo met (West Albany required helper engines on each train). NYC used land on, and near, the right of way of it’s “West Shore” predecessor for a new 23-mile double-track line connecting the new 1-mile-long, 150 foot-high Alfred H. Smith Hudson River bridge (honoring NYC’s president, 1919-1924) and the main line at Hoffman’s, near Amsterdam, Selkirk Yard, 10 miles southwest of the capital city, stretched six miles along the line between South Bethlehem and Selkirk, and when built, had 120 miles of new track designed to handle 8,000 cars a day. Selkirk had two hump yards, but only the westbound one received the intended car retarders, in 1927. This photo, from a series made probably in that year, shows the west end of the complex; unseen just beyond the top of the photo at the east end are, among other features, two roundhouses. Selkirk was vastly rebuilt and changed under NYC President Alfred E. Perlman in the 1960’s, and has remained a key facility for successive owners Penn Central, Conrail, and today, CSX Transportation.