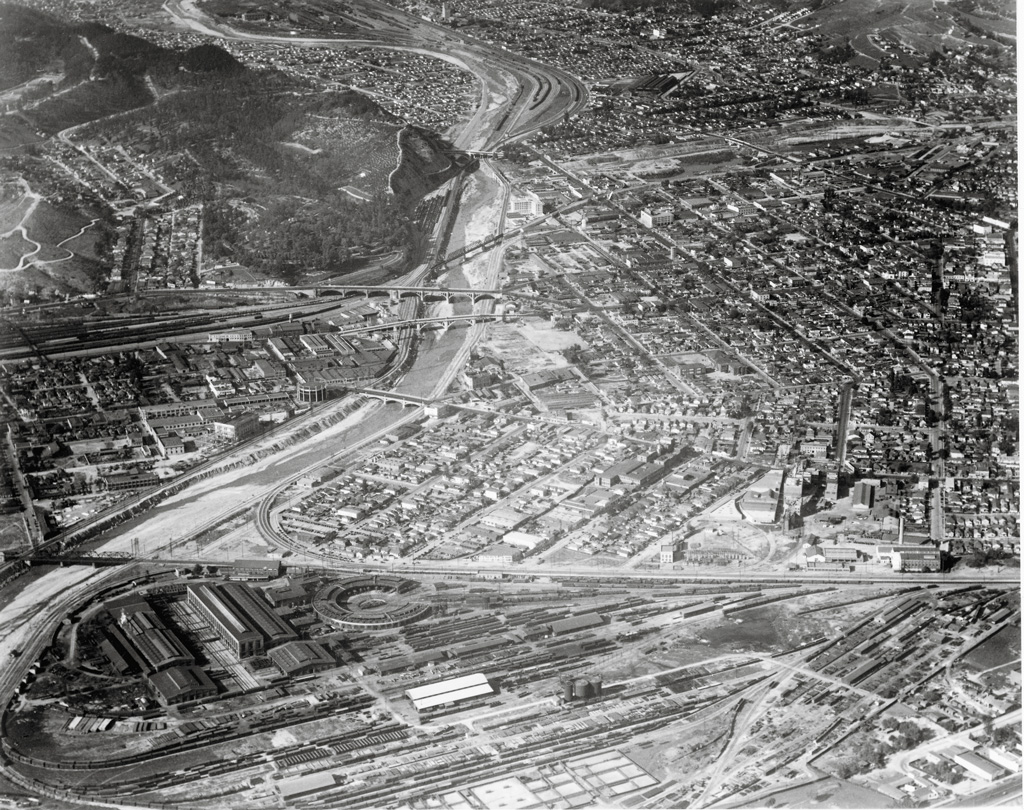 Southern Pacific facilities dominate three views of Los Angeles. Much in this 1934 scene is gone, or greatly changed. SP’s Los Angeles General Shops, the most complete railroad maintenance facility the city has ever seen, was replaced by an intermodal yard in the 1960s. Officially named Los Angeles Transportation Center, it’s still commonly called Shops Yard. Across the Los Angeles River (not yet lined with concrete) is Mission Tower, crossing of SP’s main line to Yuma, Ariz., and Santa Fe’s line to Pasadena and San Bernardino. This location would assume greater importance and be modified with the 1939 construction of L.A. Union Passenger Terminal.