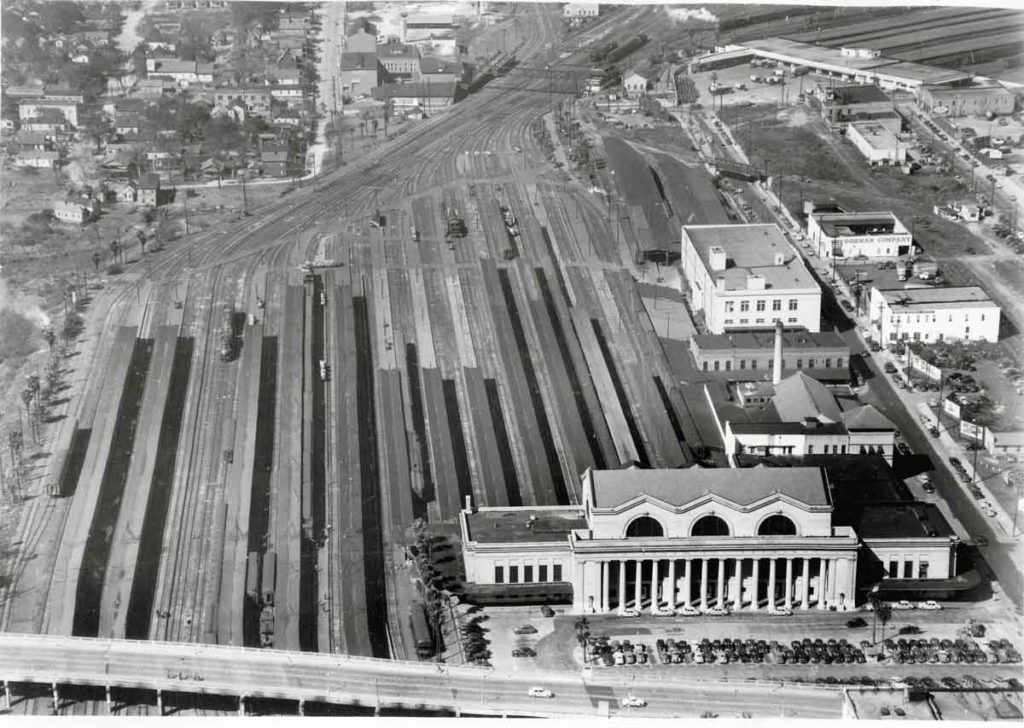 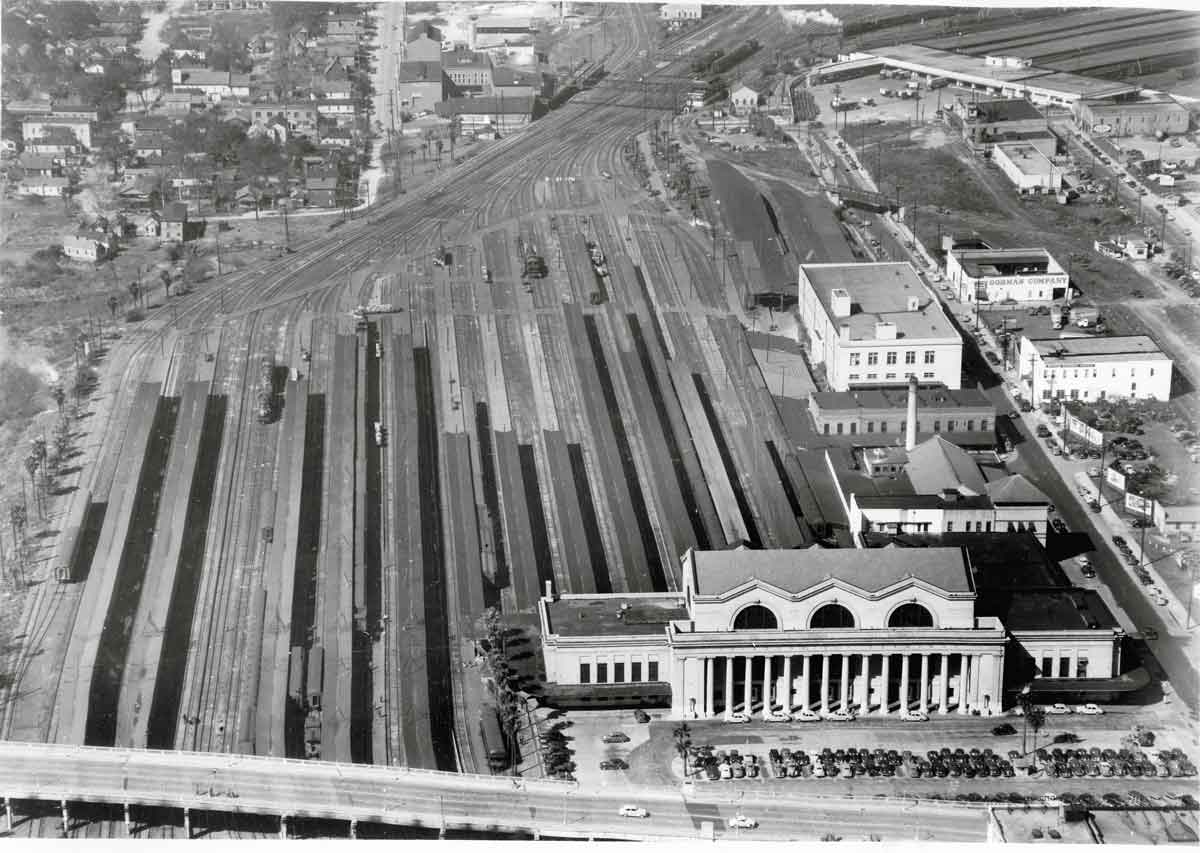 Headhouse and platforms
Jacksonville Terminal Co.
Jacksonville Terminal was a monument to Florida’s status as the southern vacation destination of choice for the eastern half of the U.S. Few travelers got off here; instead, the city was the funnel for trains arriving over the Atlantic Coast Line, Seaboard Air Line, and Southern Railway on their way farther south to the state’s east and west coasts. The grand Beaux Arts-style headhouse opened in November 1919, replacing a smaller building erected in 1904—traffic to Florida grew that rapidly. The terminal also included facilities for the Post Office, Railway Express, and Pullman; a roundhouse; three interlocking towers; and 26 station tracks. Routes entering from the north were: ACL and SAL from Savannah and Southern from Macon; from the west, SAL’s main to Chattahoochee (and, via Baldwin, to other Florida points); and to the south and southwest, ACL’s lines to St. Petersburg and Tampa. Finally, the Florida East Coast exited the southeast end of the terminal, carrying its own trains and, until the strike of 1963, ACL’s to Miami. Most trains had to back into the depot using wyes to the north, and all through trains did so after the FEC strike. This inconvenience, as well as reduced traffic, prompted Amtrak to quit the terminal in 1974. The headhouse became part of the Prime F. Osborn III convention center in 1986.