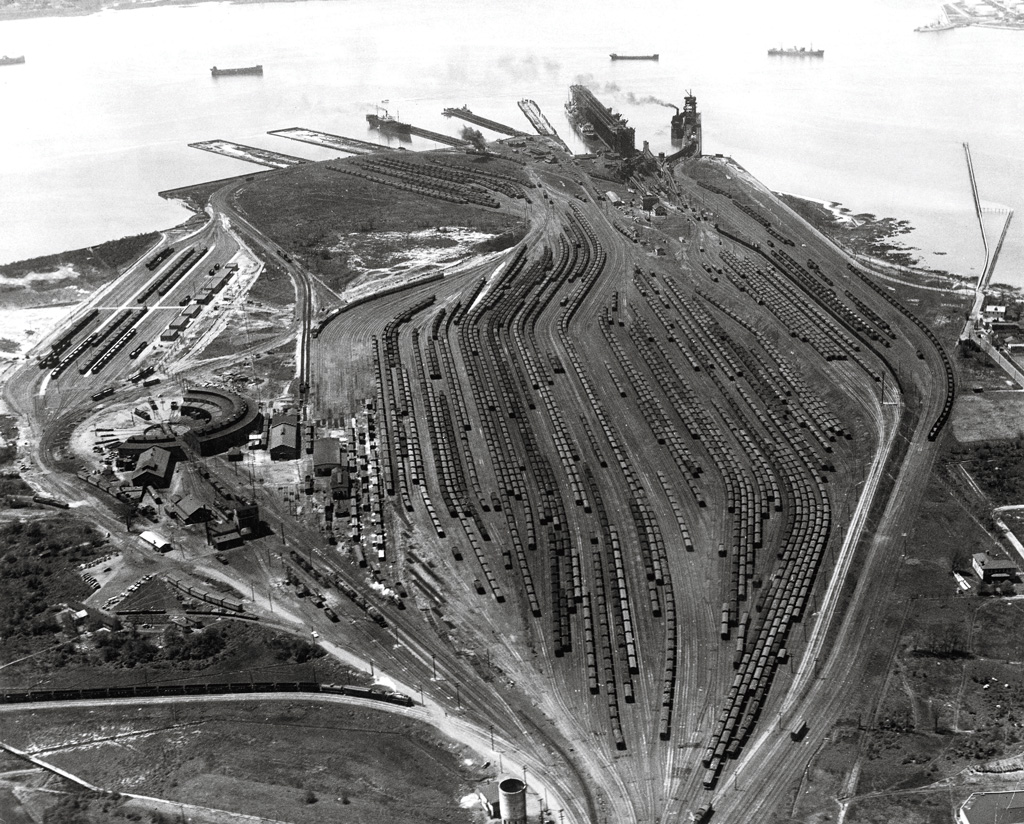 The Norfolk & Western Railway transported much of the coal mined in southwestern Virginia and West Virginia. Many loads went north to Lake Erie, others to “tidewater” at N&W’s big terminal in Norfolk, Va., opened in 1885. Here it was loaded in vessels for shipment to ports up the East Coast or for overseas export. Because of Lamberts Point’s location on the east side of the Elizabeth River, trains were actually headed west when they arrived. Normal procedure was for a train to pull into a clear track in the main body of the yard and move around the loop track. After the yard track was full, a cut would be made and the head end of the train would move forward and double into another clear track. The locomotive would then cut off and proceed around the loop to the roundhouse area.