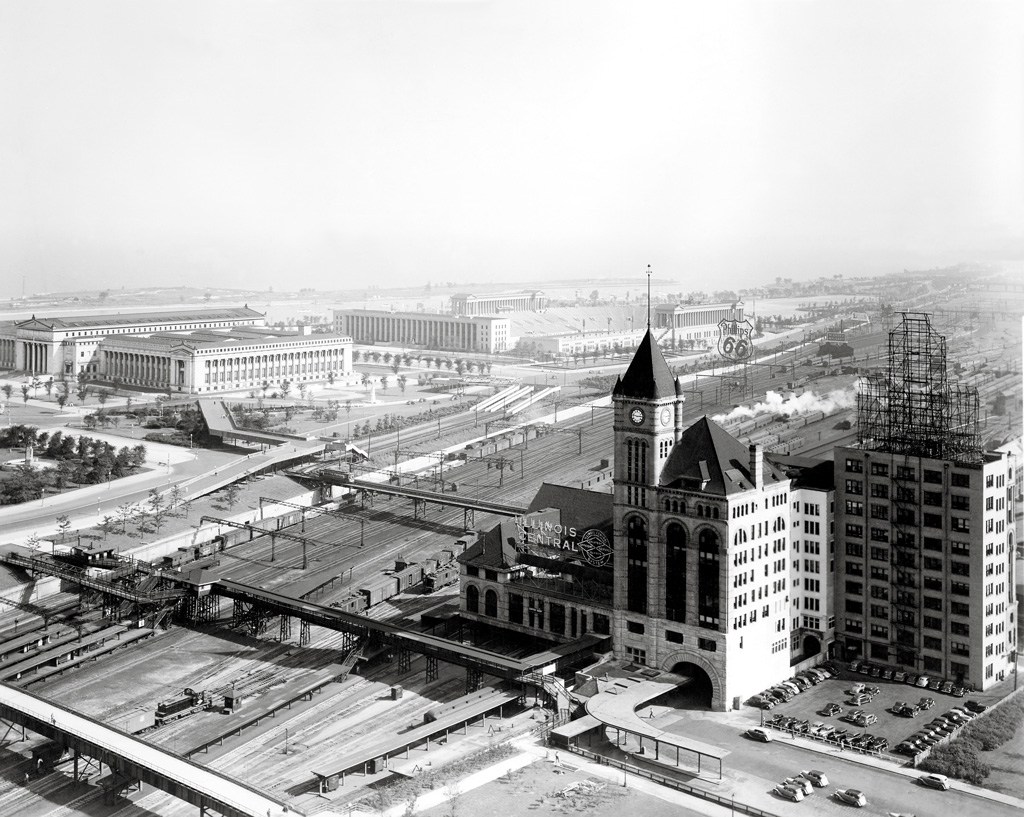 Illinois Central wasn’t the first railroad in Chicago, but it was one of 10 Class 1’s headquartered there and became arguably the most visible, thanks to its lakefront location. Its Romanesque Revival-style Central Station, built on fill in Lake Michigan for the 1893 World’s Columbian Exposition, served IC plus New York Central’s Michigan Central and Big Four. We believe this photo dates from fall 1940 after a refurbishment of the station. Note the diesels at lower left—an IC EMC SW1 and the two NYC Alco-GE box-cabs. Ironically, there isn’t a passenger train in sight!