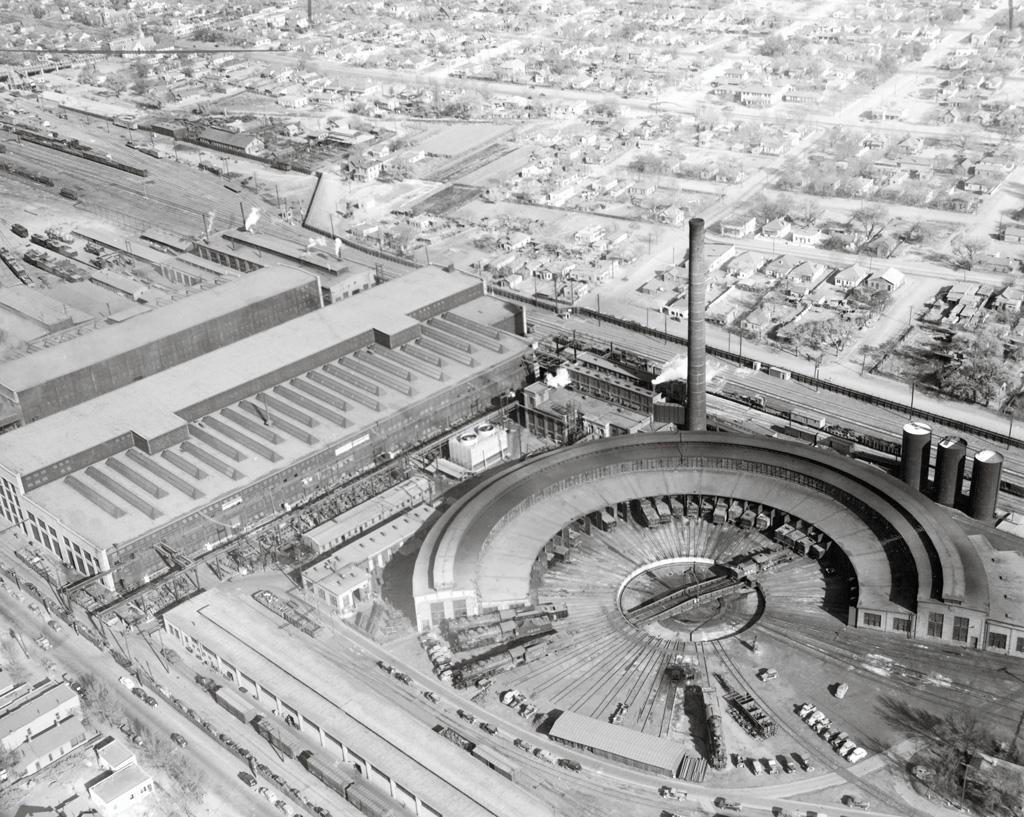 The Santa Fe established a major shop complex at Albuquerque to maintain and repair steam locomotives. At their peak in 1940, the shops were one of the city’s largest employers, with 1787 workers. The shops declined as the Santa Fe dieselized, and, as the road’s last steam backshop, perfromed their final locomotive work in March 1954. The facility then became the system’s Centralized Work Equipment (CWE) shop, but never employed more than about 200. The roundhouse closed in 1970 and was used to store Santa Fe’s collection of historic locomotives until 1986, when they were moved to Sacramento, Calif. The CWE shop closed in the early 1990’s. Most buildings still stand, vacant, except the roundhouse (razed 1987) and the power house (1984). The railroad no longer owns the property; reuse of the buildings is being explored. The photo appears to date from between late 1942 and 1949.