Home / Railroad Stories: The Way It Was / Telegrapher at Wilbur

Regarding gibberish and dropping dimes on the Northern Pacific 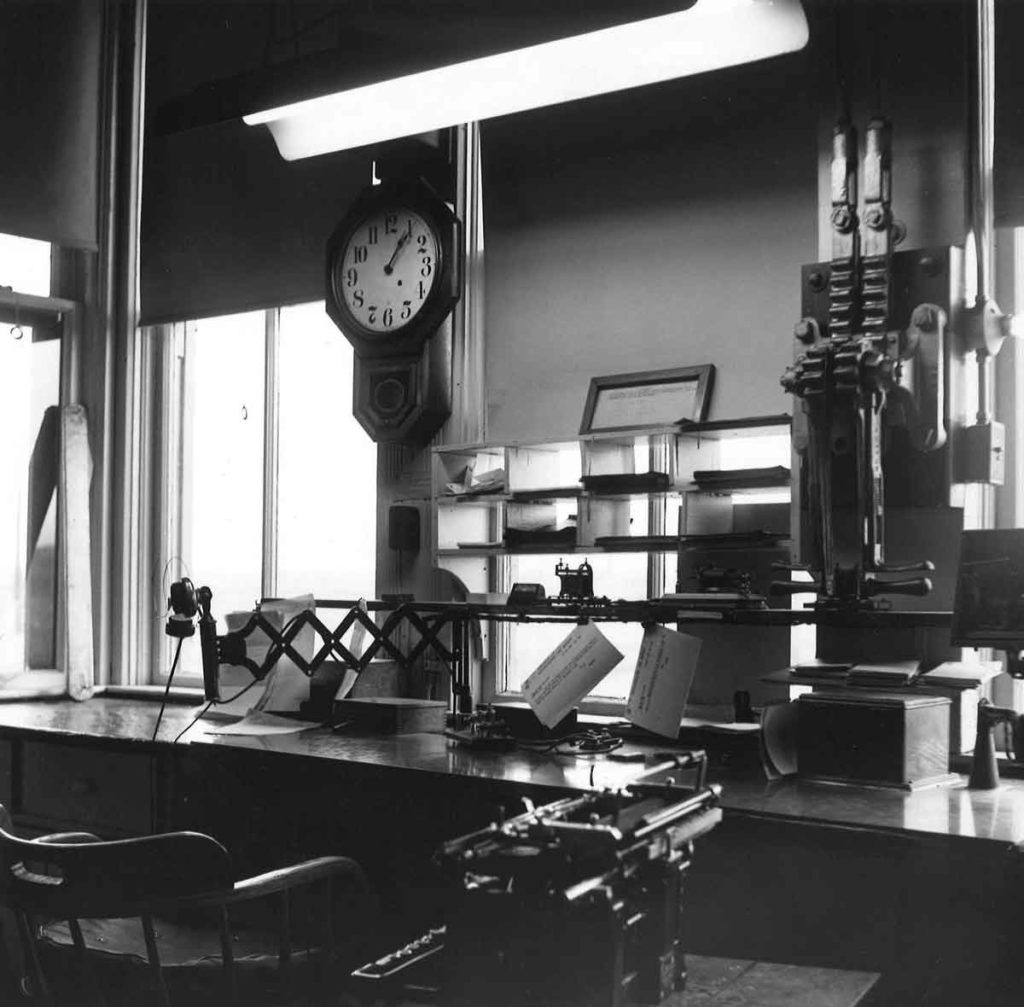 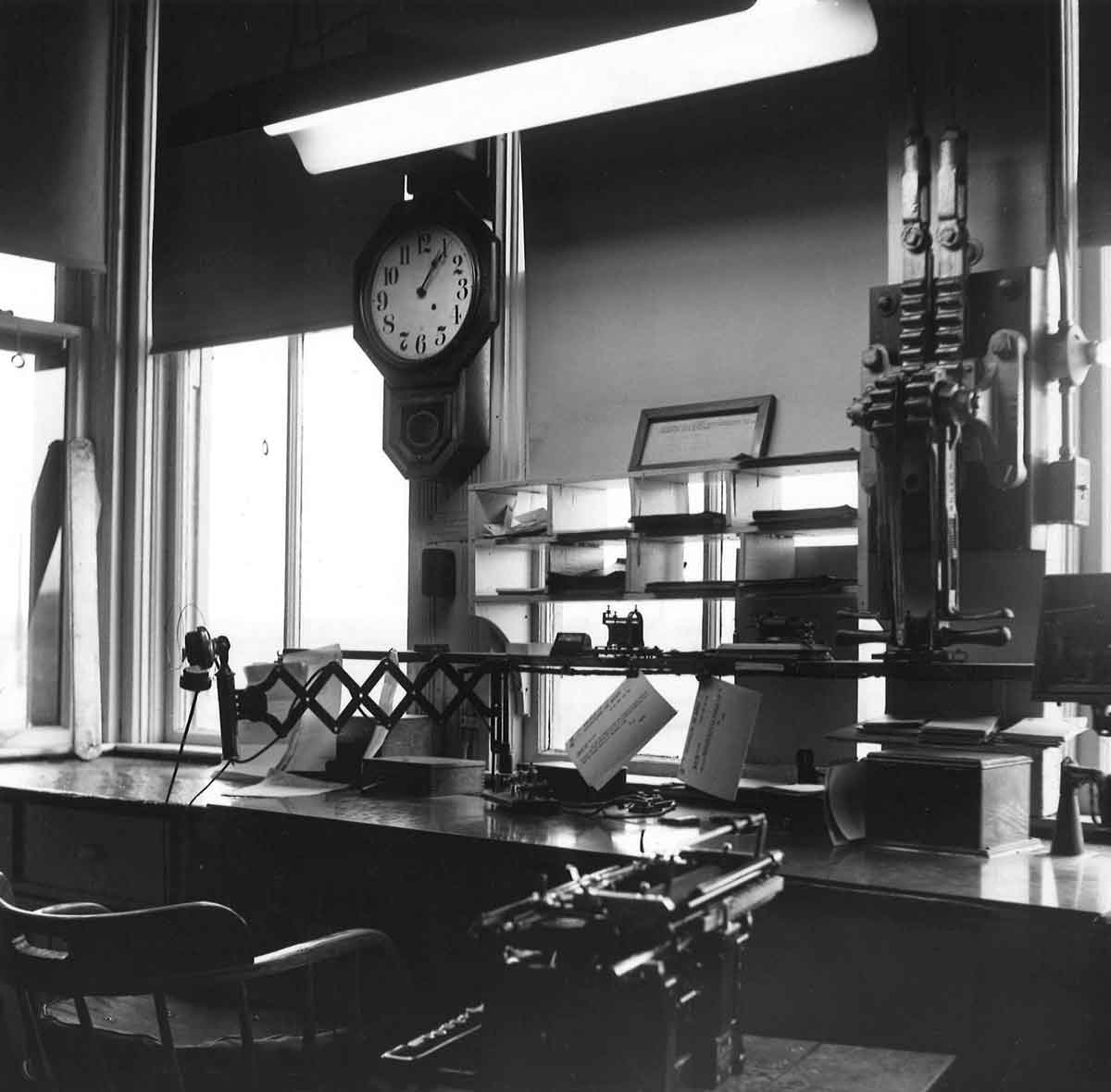 Although author Dinsmore’s territory was some 1,500 miles to the west, this 1966 scene inside Northern Pacific’s depot in South Superior, Wis., would be familiar to him.
William D. Middleton
When I picked up Classic Trains’ Summer 2008 issue, the cover blurb about the “Kid Telegrapher on NP’s Idaho Division” caught my eye. I searched out the article [pages 93–97], and started to read. I got only about halfway through the first paragraph and had to jump to the end to see who the author was. Sure enough, it was Bruce Butler, my college roommate and mentor! You see, I too was a “kid telegrapher” on the Northern Pacific, during 1962–65.

Bruce was indeed a smitten railroad fan. He had a telegraph practice machine that included a key, a sounder, and a paper tape drum to send pre-recorded code. After a full evening of studying math and physics, we would unwind by practicing our code. We had to get to a respectable nine words per minute to qualify for a telegrapher job. Bruce had worked part of the summer of 1961 and convinced me that I could also get a summer job. I looked up a local Union Pacific agent who was near retirement. The UP had long since torn out all its telegraph lines, and I talked him into selling me his keyer, a Vibroplex two-paddle “bug.” I still have it.

I hired in under H. D. Klum, Chief Dispatcher in Spokane, Wash., and began working on June 11, 1962. I broke in under R. R. Flanigan at the Hauser, Wash., depot between Spokane and the Idaho border. I went on to work third trick at Noxon, Mont., and in Washington I worked the depots at Cheney, Prosser, Wilbur, Reardan, Almira, and Pullman. In Idaho during that summer, I worked at Sandpoint, Moscow, and Athol.

Wilbur, Reardon, and Almira were on the Central Washington branch, north and west of Spokane. It was a code-only branch, which meant there was no company telephone line. It hosted one local train that went out one day and back the next to service all the grain elevators.

One morning at Wilbur was particularly stressful, as I was to balance the agency’s books. I would get all the way to the end and be off by a dime! I would start all over, and the next time they would be off by 20 cents. Then my “WR” code started clicking on the telegraph sounder. The Almira agent, A. E. Kreitz, was calling. I always had my old reel-to-reel tape recorder on standby, so I flipped it on and answered the call. The sounder started clunking away at an erratic rate, and I was not catching a single letter. I broke the circuit and tapped out “S-L-O-W” and closed the keyer. I got the same gibberish back at a slower rate, but I still couldn’t make out much of the message. It was a short one, so I decided to take a chance and signed “K” for OK and my initial “G.” I did recognize the character I got back. Dah di di dah dit: “Question mark.” To this I replied “min” for “just a minute.”

Next, I quickly rewound the tape and started digging the message out of the clatter. I had recorded it at full tape speed. I soon discovered that I couldn’t figure out the message at half speed or even quarter speed. I was really starting to sweat bullets. About then, a voice called over my shoulder and said, “Do you need a switch at the upper end of town?” I turned around and there was K. E. McKay, the resident agent.

“Almira wants to know if you need a switch.” I jumped to the key and called Almira back, telling him I didn’t need a switch. The reply was still unintelligible to me. McKay then said, “It’s OK; the switcher is halfway here by now anyway.”

We had a nice chat after that, and I learned that Mr. Kreitz at Almira was badly crippled in his right hand, and the only way he could send code was to stand by the desk and grab the key with his fist and move it with his whole arm. Mr. McKay and the dispatcher were said to be the only ones who could understand him.

As Mr. McKay left, he mentioned that I shouldn’t use the adding machine to do the books, because it would drop a dime at random intervals!

I worked for Northern Pacific until June 10, 1966, as “summer relief” in 1962 and 1963. In ’63 my summer job became full time until I was called into the Coast Guard in February 1964. After six months active duty I returned to school and worked on the NP off and on until I left for greener pastures in 1966. The 1970 Burlington Northern merger was imminent, and I was No. 15 on the seniority listing — from the bottom! I moved on and had a rewarding career as a chemical engineer in the paper industry, but I treasure my times on the Northern Pacific.

5 thoughts on “Telegrapher at Wilbur”