Home / Railroad Stories: The Way It Was / Railfan Stories / Steam 101 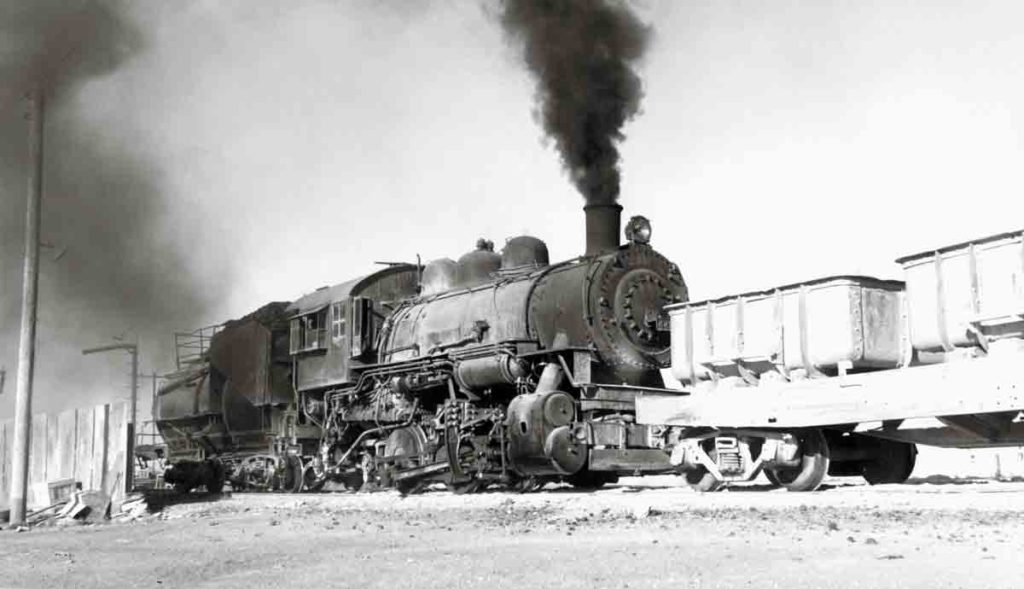 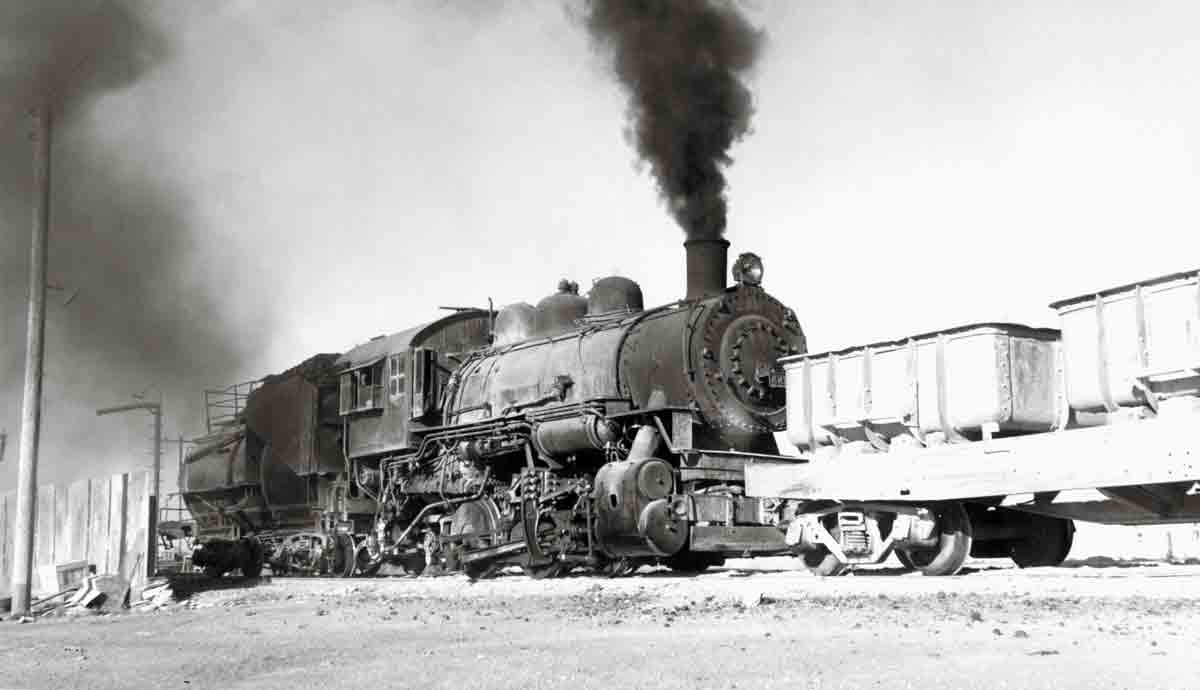 Grubby but still working, former Union Pacific 0-6-0 4455 waits for its next move at the Monolith cement plant near Laramie, Wyoming, in September 1967.
A. J. Wolff
When I began my freshman year at the University of Wyoming in Laramie in 1963, I was vaguely aware that steam locomotives possibly were still being used at the Monolith Portland Midwest Co. cement plant southwest of town. However, because of the press of studies and other distractions, it didn’t enter my mind to explore that possibility over the fall and the following spring semesters. That changed during the next school year.

On a warm, late fall evening in 1964, my roommate and I heard the distant call of a steam whistle. We rushed from our dorm room, jumped into my trusty 1960 Valiant, and drove toward the plant. We chose not to venture onto Monolith’s property, and instead tried to locate the source of the whistle while parked on the shoulder of the adjacent old U.S. 287 highway. The plant yard was not brightly illuminated, and we saw nothing.

A couple of weeks later on a raw December day, I finally found some free time and made the trip again. With a stroke of good timing, I spotted a rather grubby 0-6-0 waddling toward the plant crusher. Again outside company property, I quickly snapped a photo. My interest was piqued — this would obviously require further investigation.

It seems the locomotive was on the roster of the Laramie Valley Railroad, a subsidiary of Monolith Portland Midwest. The line ran about 9 miles southwest of the plant to quarry sites where limestone rock, a primary component of cement, was mined. The railroad utilized a succession of secondhand 0-6-0s from the adjacent Union Pacific after beginning operations in 1929. At the time of my first visit, Lima-built Nos. 4453 and 4455 were on the property and alternately operated, depending on mechanical condition.

On my third visit to the plant, I gingerly crossed over the UP main line and drove around the facility to the area where I had previously photographed the 0-6-0. And there she was, ex-UP 4453, getting ready to shove loaded cars of rock into the crusher shed. While nosing around with my camera, I struck up a conversation with engineer/fireman Jack O’Dell. In due course, I wrangled myself an invitation up to the cab. Before me were the wonderful but simple complexities of a 1920-vintage backhead. She was a coal-burner, fuel and water being supplied from a small Vanderbilt tender off a retired UP 2-8-0 (the 0-6-0’s original slope-back tank had long since rusted out). In between spotting moves, Jack patiently explained the functions of the various gauges, levers, and valves.

But the real thrill of the day occurred when he had to back the 4453 out of the crusher track with empties in tow and pick up a cut of loads from a sidetrack. With the throttle opened up, the old girl began to buck and sway, somehow keeping her feet on the uneven track. The cab was a smorgasbord of sight, sound, and smell: the sharp stack exhaust, the rattling of deck plates and windows, and the cry of the whistle, all punctuated with the acrid scent of burning sub-bituminous coal. I was hooked; that experience was one that had to be repeated.

During spring 1965, I made at least one trip a week out to the plant to ride the 0-6-0s. Over that period, Jack demonstrated the nuances of hand-firing, how to detect the sound of leaking superheater units, and the operation and setting of the reverse gear. He also kept me spellbound with stories of his tenure with the UP as a fireman during World War II, working east out of Laramie over Sherman Hill. Like the time he caught an ex-Chesapeake & Ohio 2-8-8-2 and managed to exhaust the tender’s 25 tons of coal in a matter of just 18 miles upgrade to Hermosa, only to have a 4-6-2 tow the entire train back to Laramie, where he faced the wrath of the district foreman. It seems that Wyoming coal gave the C&O engine a serious case of indigestion.

Well, my Monolith adventures were too good to last: Plant management got wind of my visits and told Jack to tell me to cease and desist. But it was probably for the best, as my informal schooling in steam was causing my college grades to suffer. After things cooled down, I did manage to sneak back onto the property from time to time over the next couple of years and visit with Jack as he put the engine away for the night.

Monolith obtained a GE 70-ton diesel in 1968. Steam was placed on standby status, and eventually retired (4455 is now at the Colorado Railroad Museum in Golden). By the end of that year, I was drafted into the Army and left the university, though I returned in 1971. I’ll always be grateful to Jack for allowing me to ride on the Laramie Valley steamers and for sharing his railroad experiences and knowledge with me.