Home / Railroad Stories: The Way It Was / Railfan Stories / Showtime in Pasadena

“The bark of those locomotives . . . was a sound I have never forgotten’’ 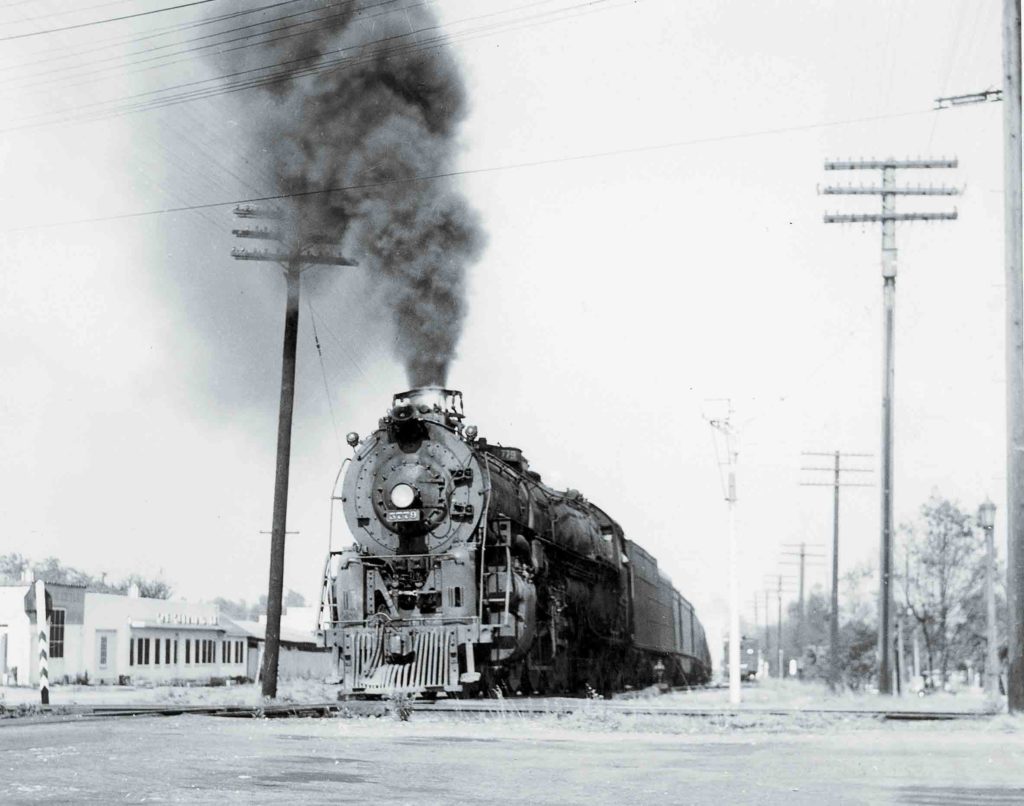 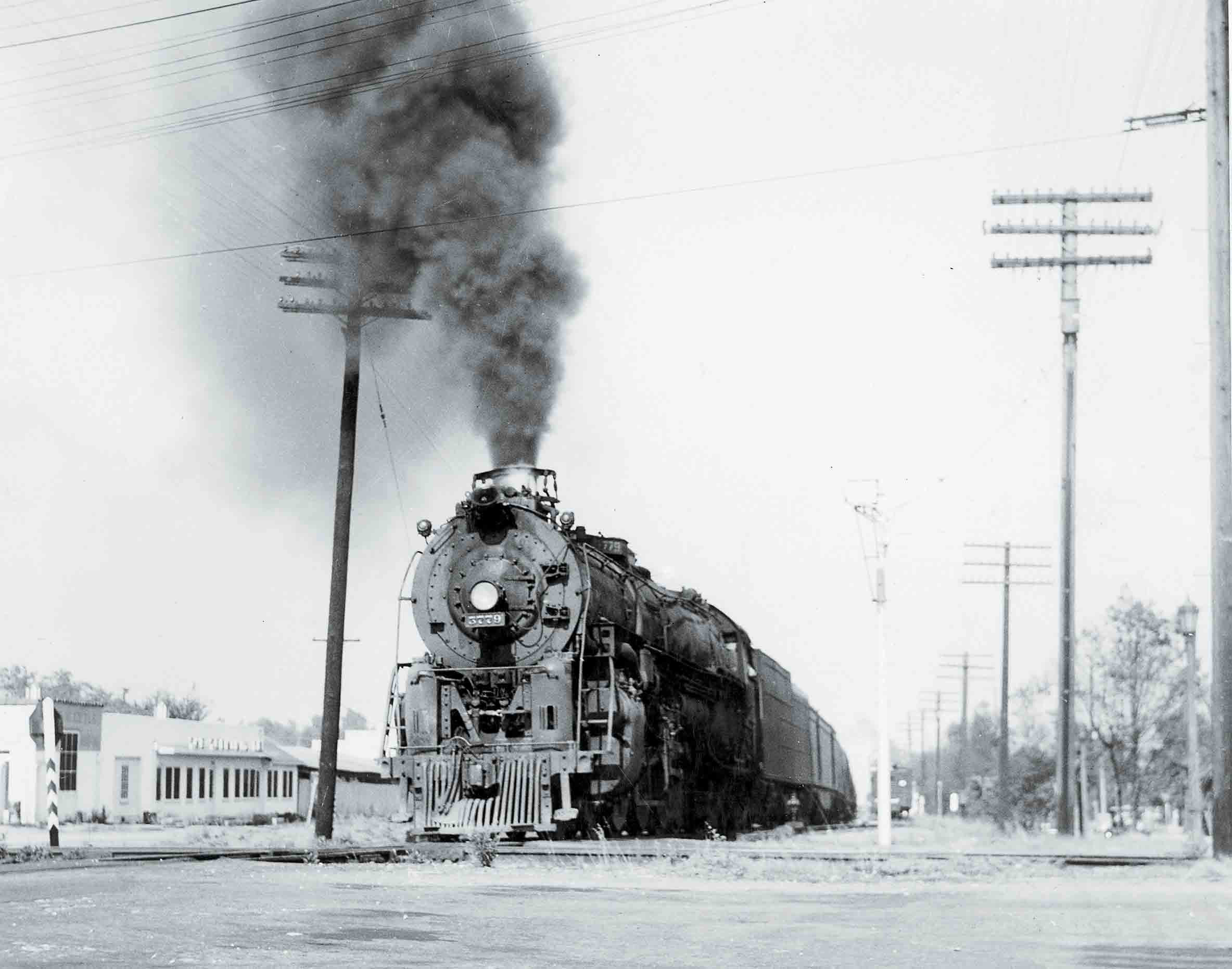 “Big, beautiful” Santa Fe 4-8-4 3779 talks it up through Pasadena’s Lamanda Park area with First No. 3, the California Limited for Los Angeles, in June 1945.
Stan Kistler
I lived in Pasadena, Calif., during the final days of steam on the Santa Fe. I particularly remember the 3776-class 4-8-4’s built by Baldwin in 1941. These were big, strong, fast, and very beautiful.

In those days, passenger trains used a single-track line from Los Angeles to Pasadena and on to San Bernardino. The Los Angeles-Pasadena section ran generally north on a ruling grade of 1 percent including the station area and a sharp curve.

Eastbound, at Pasadena those big engines would work steam right up until the mid-section of the train was abreast of the station building, then the engineer would use his air to stop the train gently against a partly open throttle. On starting, he’d open his throttle (experience told him how far) and then slowly release his air brakes, giving his train a smooth, no-jerk start.

The bark of those locomotives as they picked up the load and got into that sharp curve—still on the grade—was a sound I have never forgotten. As the curve ended, so did the grade, and then came a flatland run on good roadbed of 80 mph or better to San Bernardino and the foot of Cajon Pass.